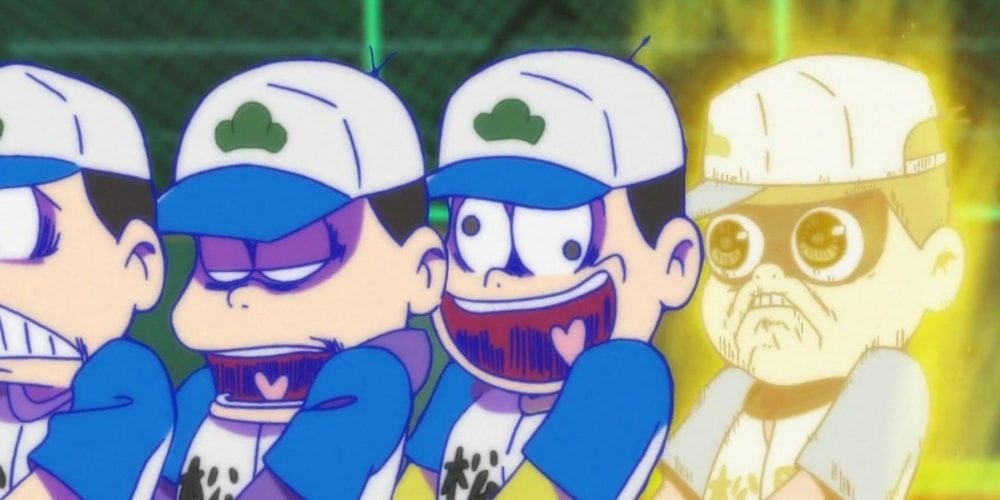 Produced by Pierrot Studios (‘Naruto: Shippuden’), ‘Osomatsu-san’ revolves around fourth-wall-breaking, meta Matsuno sextuplets created by manga legend Fujio Akatsuka. In 1962, Akatsuka published the first issue of ‘Osomatsu-kun,’ which became a top-rated manga series. In the ensuing years, it spawned two successful anime adaptations. In 2015, to mark Akatsuka’s 80th birthday, a new anime under the title ‘Osomatsu-san’ was released. Set in 21st century Japan, it shows the brothers as 10 years older. Here is everything you need to know about the upcoming episode of ‘Osomatsu-san.’

Osomatsu-san Season 3 Episode 14 Release Date: When will it premiere?

The 14th episode of ‘Osomatsu-san’ Season 3, titled ‘Sparkle Phantom Stream,’ is set to release on January 11, 2021. The anime originally started airing on October 6, 2015. Its 3rd season premiered on October 13, 2020. Yoichi Fujita directed the anime, with Shū Matsubara serving as the main writer. The manga serialization based on the new series, which Masako Shitara created for Shueisha Inc., released its first issue on January 15, 2016.

Viewers can watch all episodes of ‘Osomatsu-san’ on Crunchyroll with its original Japanese audio and English subtitles. The 1st season of the series is available on Amazon Prime with English subtitles. In Japan, the anime can be watched on TV Tokyo and its affiliated channels. It is also available on Netflix Japan. If you are in Australia or New Zealand, your best bet is AnimeLab.

While the Matsuno brothers, Osomatsu, Karamatsu, Choromatsu, Ichimatsu, Jyushimatsu, and Todomatsu, have physically grown up, they remain as immature as ever. They are in their 20s, but not even one of them has a steady job or received higher education. The only thing that remotely interests them is chasing girls. The new anime begins with the brothers getting jobs at a black factory or sweatshop. Osomatsu, who envisions himself as the leader of the group, tries to help his brothers with their problems, but the outcome isn’t what he has been hoping for.