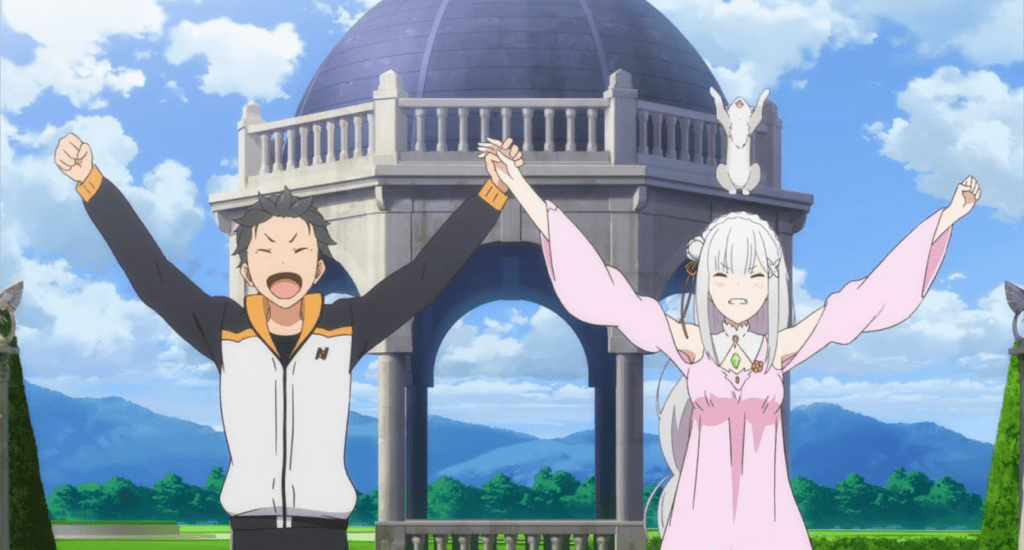 Based on a Japanese light novel series written by Tappei Nagatsuki and illustrated by Shin’ichirō Ōtsuka, ‘Re: Zero − Starting Life in Another World’ or ‘Re: Zero Kara Hajimeru Isekai Seikatsu’ is an exceptionally well-made anime. It revolves around Subaru Natsuki, a hikikomori who gets transported to a fantasy world. However, unlike the protagonists of other isekai anime who become semi-divine beings in their new worlds, Subaru discovers that he has only one ability: every time he dies, the time reverses, and he returns from death. But as all his past actions until the moment of reversal is erased, he must start once more from zero.

Re: Zero Season 2 Episode 15 Release Date: When Will It Premiere?

The 15th episode of season 2 of ‘Re: Zero Kara Hajimeru Isekai Seikatsu’ is set to premiere on January 13, 2021. White Fox Studios produced the series. Masaharu Watanabe and Masahiro Yokotani served as director and writer, respectively.

Viewers can watch ‘Re: Zero Kara Hajimeru Isekai Seikatsu’ with English dubbing on Crunchyroll. The series is also available on Funimation. Viewers in Japan can catch the anime on TV Tokyo or one of its affiliated channels. Season 1 and part 1 of season 2 are also available on Netflix Japan. The Russian, Spanish, and Portuguese dubbed versions of season 1 can be viewed on Crunchyroll.

In episode 14 of season 2, Subaru finally agrees to let Otto help him against Roswaal. Subaru then approaches Roswaal with a prospect of a bet: if Subaru successfully protects both Sanctuary and the mansion during this loop, then Roswaal will not use his tome any longer. The older man agrees, under one condition: if Subaru fails, he has to obey the tome. Later, Emilia tells Subaru about her first meeting with Puck, who realizes that he and Emilia’s bond is stopping her from remembering her past. So, he makes the abrupt decision of breaking the bond. Overwhelmed by the loss, Emilia runs to the ruins, where Subaru eventually finds her.