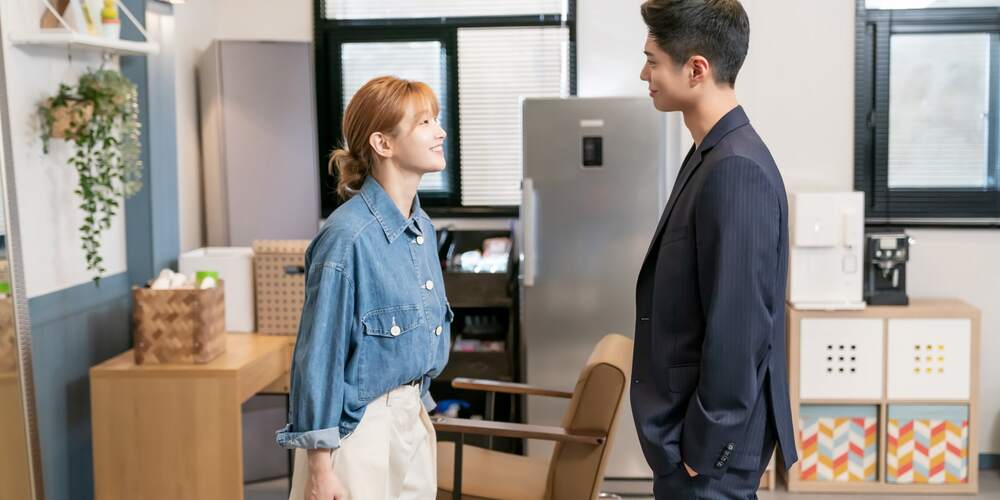 ‘Record of Youth’ is a popular K-drama that follows the meteoric rise to success of Hye Jun, a former fashion model who breaks into the acting business along with his childhood friend, Hae Ho. While Hye Jun’s career is the focus of the show, it is also in part a sweet love story between Hye Jun and Jeong Ha, a budding makeup artist. The show ‘Record of Youth’ tells the tale of an honest and sincere man’s road to fame and how having a humble family background deterred him for years from making it big into the shallow and materialistic entertainment industry until he finally gets his big break and impresses everyone with his superior talent. The show stars popular actors Park So Dam and Park Bo Gum in leading roles. ‘Record of Youth’ is more than halfway towards its end (there are to be 16 episodes) and we have been keeping up with the interesting story every week.

Viewers world-over can stream ‘Record of Youth’ through their Netflix subscriptions, watching on either the website or on the app. South Korea locals can also keep up with ‘Record of Youth’ as it airs on the cable tv network tvN, every Monday and Tuesday at the above-mentioned time. Further ahead in this article, we will share a short preview of Episode 12, and then a short recap of the last episode’s events (Episode 11), so there are going to be SPOILERS AHEAD. Please head over to Netflix right now if you haven’t watched the first eleven episodes.

Episode 12 will see the continuation of the media circus around Hye Jun and Charlie Jung’s rumored relationship. Things will boil over when Ji Aa, Hye Jun’s ex-girlfriend, talks to reporters and gives a tell-all interview. Hye Jun is embarrassed and his self-esteem hurt because his family and friends have all seen the online comments and heard the rumors circulating that are casting aspersions on his sexual preferences. Hye Jun’s family believes that it’s time Hye Jun switched to a bigger and better agency that will be able to effectively handle his PR. To this effect, Hye Jun’s father calls Min Jae and asks her when Hye Jun’s contract with her agency is maturing.

Episode 11 starts off with Hye Jun being shocked when he receives news of Charlie Jung’s suicide and he goes to the police station to provide some clarity to the authorities. Min Jae tells him that he shouldn’t be going to places like the police station by himself, now that he is a big celebrity. Hye Jun wants to go to Charlie Jung’s funeral and pay respects but he has an unavoidable meeting with a famous film director. Hae Ho is again pressured by his overbearing mother to treat Hye Jun more as a professional rival than a close personal friend. Hae Ho is informed by Jeong Ha that she is dropping him as her client because she needs to focus on her new salon right now. Jeong Ha and Hye Jun spend some stolen moments together and discuss how busy their lives have gotten suddenly. But each is happy for the other’s success. Hye Jun’s brother Gyeong Jun calls a family meeting to discuss Hye Jun’s housing situation. Hye Jun lays out his plan in front of the family – pay off his parents’ debt in full, buy the house they live in right now, and turn the basement into a room for himself.

Hye Jun’s parents get emotional about him paying off their debt, even though they never intended to ask him for financial help. Gyeong Jun wants Hye Jun to come to dinner with his colleagues because his boss has requested it. Hye Jun’s family is worried over all the rumors of homosexuality floating around on the internet and news about Hye Jun. They wonder if a bigger agency would be better equipped to deal with rumors and scandals like these. Elsewhere, Jin-U and Hae Na discuss their relationship and Hae Na tells Jin-U that she often wonders what it will be like to be married to him. Jin-U calls her later on the phone to discuss more about the possibility of marriage but his call is heard by Hae Ho and his mother, who are left shell-shocked.

Meanwhile, Min Jae meets Tae Su and Tae Su offers a way out of the current mess if Hye Jun were to sign with his agency. Min Jae refuses and walks out of there. The only way to put the rumors to rest is for Jeong Ha and Hye Jun to make their relationship public, but Hye Jun is against this idea as he wants to protect Jeong Ha’s privacy. Hye Jun gets a call from Hae Ho who tells him that he met with Ji Aa earlier in the day. We see Ji Aa speaking to some reporters just as Jeong Ha prepares to announce on her YouTube that she and Hye Jun are an item.