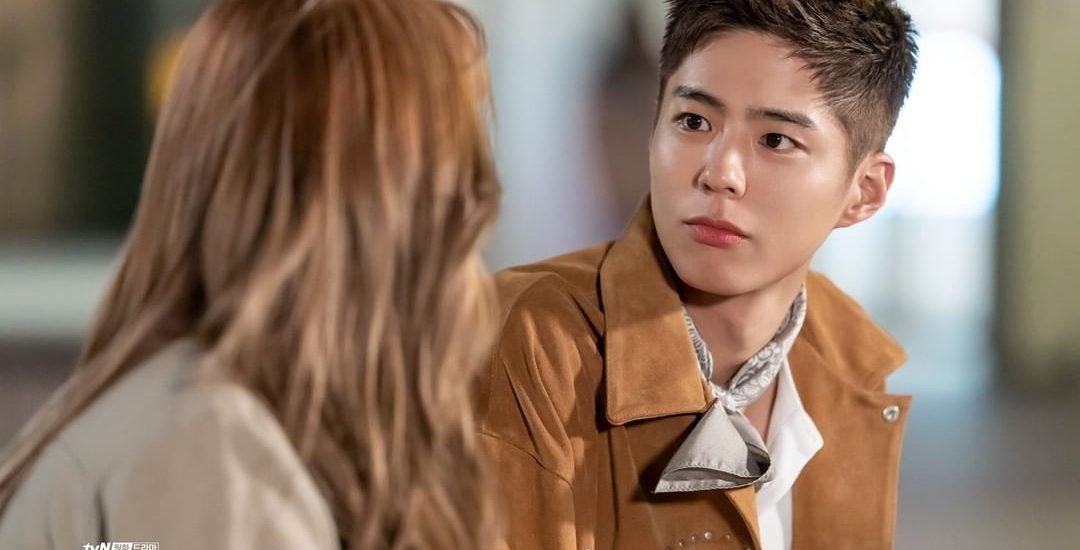 ‘Record of Youth’ is gaining popularity as one of the best Korean dramas released on Netflix this year. It has a pretty straightforward plot and it doesn’t take the convoluted route to get to the point. The story of the show follows a bunch of youngsters as they try to make it big in the fashion and entertainment industry. Two good-looking models who are trying to break into the acting biz, a junior makeup artist who has the skill but not the experience she needs to steadily grow in her career, and a struggling photographer who is unable to find his footing in the world of high glamour. In a world where dreams have become luxuries and their family background matters more than their talent, it is not easy to get ahead in life. But ‘Record of Youth’ tries to depict the rise and fall of young, ambitious blood and the effects their career growth has on their inter-personal relationships. It is created by screenwriter Ha Myung Hee and directed by Ahn Gil Ho and stars actors Park So Dam and Park Bo Gum in lead roles.

‘Record of Youth’ episode 5 will be premiering on Netflix on September 21, 2020, at 12:00 am PT. Two episodes are released every week, on Mondays and Tuesdays, and there are slated to be a total of 16 episodes. The series is broadcast in South Korea on the cable channel tvN at 9:00 pm (Korea Standard Time) every Monday and Tuesday. Each episode of ‘Record of Youth’ has an approximate runtime of 60-70 minutes.

‘Record of Youth’ is available for worldwide streaming on Netflix, the choice to watch on the website or the app is your own. South Korean viewers from within the country can also watch the drama on cable tv network tvN on the date mentioned above. The section below is a recap of Episode 4 and speculation of what viewers can expect in Episode 5, so there would be SPOILERS AHEAD. Please head over to Netflix right now if you haven’t caught up on the first four episodes.

Episode 5 is highly anticipated by fans because it will most likely see Hye Jun display top-notch acting skills as he continues to shoot for the movie. And of course, we will see Hye Jun bond more with Jeong Ha as they spend more time together. From the little preview at the end of the last episode, it looks like Hae Ho’s managing mother might lose an expensive watch and try to pin the blame on her housekeeper, Hye Jun’s mom. Hye Jun’s grandpa might start going to the senior modeling classes that Hye Jun enrolled him for. We keep expecting to see a fight between Hye Jun and his best friend Hae Ho, either because of their careers or because of their moms, or because of the same love interest. It’s bound to happen, but when? Only time will tell.

Episode 4 was a good one for Hye Jun. He tells his parents that he is delaying his army enlistment because he has gotten a minor role in the movie that he auditioned for, much to the dismay (and anger) of his father. His mother takes his side and the parents fight. Hye Jun spends almost the entire episode getting in some quality one on one time with his new friend Jeong Ha, who admitted in the last episode that she has a crush on him. In episode 4, over dinner and drinks, Jeong Ha reveals to Hye Jun what having a crush on him meant for her and how she felt less lonely during her hard college years, all because she could fangirl over him.

Elsewhere, Jin Woo (who has just quit his photographer’s assistant job) and Hae Na (Hae Ho’s little sister that Jin Woo is secretly dating) decide to take their relationship forward physically. Hae Na insists that Jin Woo get an STD-preventative vaccination. He goes to the clinic, but not alone. He makes both his friends Hye Jun and Hae Ho get the shots as well, without revealing the identity of the girl he is dating. Does anyone feel this could blow up in his face when Hae Ho finds out the truth? Yeah, us too.

Finally, the episode ends with Hye Jun starting the movie shoot. His character is a cruel and suave mobster and he plays it with such intensity that the director is impressed and even allows Hye Jun to improvise a key scene that takes away focus from the hero and puts it on the previously minor character.