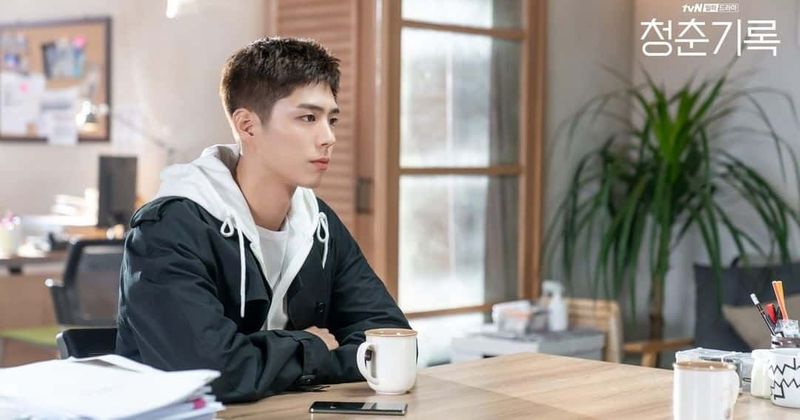 Park Bo Gum and Park So Dam’s latest South Korean drama, ‘Record of Youth’ follows the career struggles and relationships of three young individuals in the fashion industry – two handsome models who want to become actors, and one junior makeup artist working day and night to elevate her professional status and make a name for herself in the beauty industry. The two models – middle-class Hye Jun and uber-rich Hae Ho – are close childhood friends who have never let their social class difference affect their relationship with each other. But how long will their friendship survive in a competitive world that values their family backgrounds more than their acting talent? ‘Record of Youth’ is similar to other youth-centric dramas, like ‘Fight For My Way’ and ‘Itaewon Class’, that focus on how having dreams in today’s times are a luxury for this generation and how tough it is for them to leave a mark in the fast-moving and ever-forgetful world.

‘Record of Youth’ episode 7 will release on Netflix on September 28, 2020, at 12:00 am (Pacific Time). Every Monday and Tuesday, Netflix releases two new episodes out of a planned total of 16. The increasingly popular series is broadcast on the cable channel tvN at 9:00 pm (Korea Standard Time) every Monday and Tuesday, for viewers living locally. Each episode of ‘Record of Youth’ has an approximate runtime of 60-70 minutes.

‘Record of Youth’ can be streamed internationally on Netflix, either on the app or on the website, depending on the viewers’ choice. South Korean audiences living locally can also catch the drama as it airs on the cable tv network tvN on the above-mentioned date and time. The section below is a recap of Episode 6 and a prediction of what viewers can expect to see in Episode 7 next week, so there would be SPOILERS AHEAD. Please head over to Netflix right now if you haven’t watched the first six episodes.

Going by the preview we see at the end of Episode 6, the seventh episode will deal with Hye Jun’s brother’s dilemma as he justifies moving out and living away from his family. In one telling scene, when his brother says that he just wants to live away from the family responsibilities that are always weighing him down as the eldest son, Hye Jun responds with a cutting “What have you ever done for this family?”. With Hye Jun’s grandfather being sick, the situation at home with his father is bound to get tenser in the next episode. While Hye Jun’s romance with Jeong Ha blossoms, Hae Ho is starting to get firmer in his pursuit of Jeong Ha and is shown chasing down the street after her in Episode 7. There might be a new career opportunity just around the corner for Hye Jun.

The series is not shying away from a quickly progressing romance between the main leads. Episode 6 picks up where Episode 5 left off, with Hye Jun confessing to Jeong Ha (while it pours around them) that he likes her. In Episode 6, Jeong Ha responds favorably to him and the two start dating tentatively, with all the hand-holding and butterflies of a new relationship. They go on a romantic movie date together, much to the dismay of Hae Ho, who is unwittingly falling for Jeong Ha. He is visibly upset when Jeong Ha turns him down for dinner because she has plans to meet Hye Jun. Will liking the same girl cause a rift between the two childhood friends? Only time will tell.

Elsewhere, Hye Jun’s career seems to be getting benefitted by surprising praise of his talent and good character by his old agent Mr. Lee, but it all turns out to be a rather elaborate trick when Mr. Lee badmouths Hye Jun for leaving him and making Min Jae his manager, causing Hye Jun to be dropped from the drama he had gotten, for like five minutes. By that point, all of Hye Jun’s friends have already congratulated him for getting the drama role, and Min Jae is devastated by the mess she finds herself (and Hye Jun) in. True to his lovable personality, Hye Jun readily forgives Min Jae for screwing up when he finds out that the drama has dropped him for the role.

On the family front, things get worse when Hye Jun’s father blames Hye Jun for his grandfather’s deteriorating health (grandpa collapsed due to exhaustion after shooting for his modeling portfolio). The altercation ends with Hye Jun getting slapped by his dad in a totally dramatic fashion. The episode comes to an end with Hye Jun seeking comfort in the sweet presence of his new girlfriend Jeong Ha. They share a kiss.