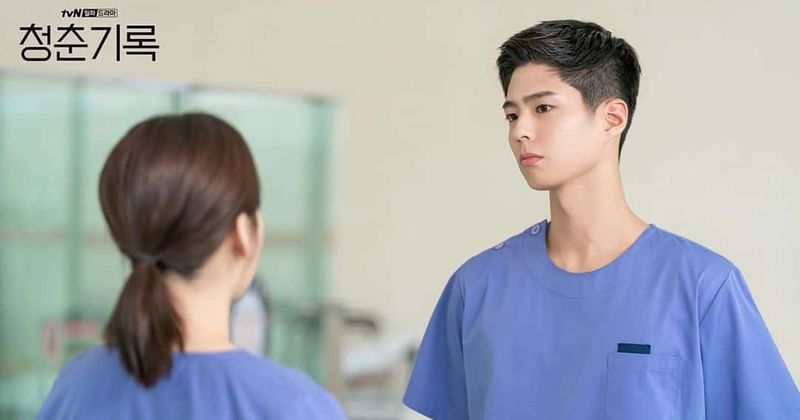 ‘Record of Youth’ is a South Korean drama on Netflix that has been gaining steady popularity among viewers. The show revolves around three individuals who work in the fashion industry and hope to make it big in the entertainment world. Two models (and childhood best friends), Hye Jun and Hae Ho aspire to be actors in movies and TV shows, while small-time makeup artist Jeong Ha dreams of being a big name in the world of makeup. But how far will their passions take them in a world that places more value on their family background than their talents, and where to dream is nothing but a luxury? The drama stars popular actors Park Bo Gum and Park So Dam together as protagonists, and it’s a pair that has been working in the show’s favor.

‘Record of Youth’ episode 8 will release on Netflix on September 29, 2020, at 12:00 am (Pacific Time). Netflix releases two new episodes every Monday and Tuesday, out of a planned total of 16 episodes. The series is broadcast on the cable channel tvN at 9:00 pm (Korea Standard Time) every Monday and Tuesday, for viewers living in South Korea. Each episode of ‘Record of Youth’ has an approximate runtime of 60-70 minutes.

International viewers can stream ‘Record of Youth’ on Netflix, opting between the app or the website to watch. Locally-based South Korean audiences can also watch the drama as it airs on the cable tv network tvN on the above-mentioned date and time. The section below is a summarized recap of Episode 7 and a prediction of what viewers can expect to see in Episode 8 next, so there would be SPOILERS AHEAD. Please head over to Netflix right now if you haven’t watched the first seven episodes.

It seems like there is trouble brewing for Hye Jun’s love life in the next episode as we get a sneak peek into Episode 8. It shows Hae Ho’s mom asking Hye Jun’s mother if she thinks dating is not a huge distraction right now for Hye Jun, who has finally landed a big role in a TV drama. Why his dating life is of concern to Hae Ho’s nosy mother is out of our comprehension, unless she’s found out about Hae Ho’s inappropriate crush on Jeong Ha and is trying to sabotage Hye Jun and Jeong Ha’s relationship in order to make way for her son! That would be legit evil, but we would not put it past that interfering woman. Hye Jun also comes face to face with his mean-spirited ex-girlfriend in a restaurant, while he is there with a happily clueless Jeong Ha. The next episode should also shed more light on the career possibilities for both Hye Jun and his grandfather who wants to become a senior model.

Episode 6 had ended with Hye Jun getting slapped (unfairly) across his pretty face by his annoying father because grandpa had collapsed of exhaustion after shooting for his modeling portfolio and going to meet Jeong Ha to make himself feel better. Episode 7 starts a little bit earlier at the salon where Jeong Ha is getting chewed out again by Jin Ju. She meets up with Hye Jun’s manager Min Jae and they bond over lunch, talking about growing up with difficult families. Jeong Ha goes home and prepares a present for Hye Jun, a book of inspirational quotes. When Hye Jun calls her (after the fight with his father), she can immediately tell that he’s upset and crying. She suggests meeting up and he agrees, taking her to a piano themed space where they share their first kiss. Things seem to go super well for these two love birds as they continue being cute and make out.

On the family front, we see Hye Jun’s father regretting hitting him (seriously, who does that?) and talking to his wife about it, who rightly reprimands him. The next day, Hye Jun goes to drop his brother off at the apartment he had rented but it turns out to be some other guy’s home. They find out that Hye Jun’s brother has been conned by his realtor who had also taken rent and security from five other people for a house that’s not even on the market. Hye Jun and his understandably upset dork of a brother go for dinner and drinks after filing a police report. At home, Hye Jun demands an apology from his father. We also get to see a bit more about Jeong Ha’s childhood. Her father was apparently a broke artist (talented, though), while her mother was a forever nagging, emasculating shrew of a woman who kept shrieking at her husband to go out and make money.

Career-wise, this was a good episode for Hye Jun as his manager gets him an interview with the director of a medical drama and he charms his way into bagging the role of second lead! He gets to work with a well-known and popular heroine, who is the star of the medical drama. The episode ends with Hye Jun wowing everyone at work with his awesome acting skills.