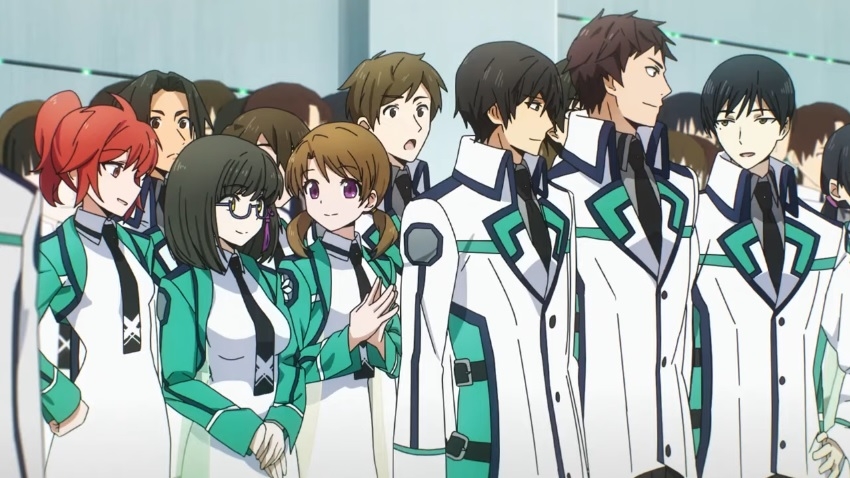 The viewers of ‘The Irregular of Magic High School’ are equally divided into two halves. On one side we have people who despise it because of its existing clichéd tropes. On the other, we have those who overlook these “flaws” and enjoy it for its better aspects. Well, regardless of what you think about it, you can’t deny Madhouse made it extremely entertaining in the first season. The story may not have been unique, but the stellar animation gave it a bit of an edge. Now that 8Bit Studio is helming the project, we can’t help but wonder if it’ll still be as good as season 1 or not. Well, on that note, if you’re eagerly waiting for the first season of ‘The Irregular of Magic High School,’ here’s everything you need to know about its first episode.

The Irregular at Magic High School: Visitor Arc Episode 1 Release Date: When will it premiere?

The ‘Visitor Arc’ was initially scheduled to sometime in July 2020. But like most other anime, it was delayed until October because of the ongoing Covid-19 pandemic. For the second season, all the main cast and staff members from season 1 are reprising their respective roles. This means that Manabu Ono is directing the series again while Kana Ishida is handling its character designs.

Where to Watch The Irregular of Magic High School English Dub Online?

You can watch the first season of ‘The Irregular of Magic High School’ on Funimation and Crunchyroll. The second season will be available on Hulu and Funimation on October 4, 2020.

Only one more night until the season premiere of The Irregular at Magic High School: Visitor Arc!

‘The Irregular of Magic High School’ season 2 will be picking on the 9th volume of the light novel series. As the title suggests, it is based on the light novels’ “Visitor’s Arc” where one of Shiba Miyuki’s best friends, Kitayama Shizuku, is one her way to study overseas. Unfortunately for magicians, going abroad for any purpose what-so-ever is impossible as practicing magic outside’s one home country is considered to be illegal since it is as bad as giving up a nation’s secrets to another. But there’s also a catch here. Magicians who are a part of the one case-exchange program are allowed to travel abroad only for a fixed period of time.

Through this program, Angelina Kudou Shields gets selected to study in Japan along with other magicians of First High. Coincidentally, just when she arrives in Japan, mysterious creatures start attacking all magicians. These creatures not just kill their victims but completely drain all their blood. As always, it all comes down to Tatsuya and his friends to find out who’s behind these murders before it’s too late.

Read More: Anime Like The Irregular of Magic High School