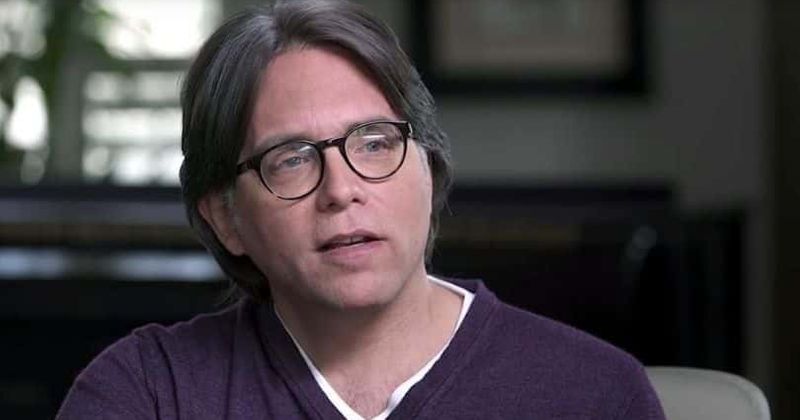 Following a few former members of the controversial “self-help group” NXIVM (pronounced nex-ee-um), ‘The Vow’ is an extremely intriguing documentary series that gives us an in-depth look into the cult which dominated the news headlines a couple of years ago. Done via retellings, we see how this organization managed to rope in unsuspecting individuals with its manipulative practices, and how these individuals happened to be the ones who eventually decided to bring it down after learning about the horrors within it. In the middle of it all is NXIVM’s founder, Keith Raniere, his most trusted “partners,” and the secret sex-trafficking sorority, DOS. Apparently, this sorority, to date, operates as a sex cult that involves master-slave relationships, brandings, and punishments. It is a lifetime commitment – a vow. Curious to know what will transpire in the finale of this series? Here’s what we know.

Episode 9 of ‘The Vow,’ its finale, will premiere on October 18, 2020, at 10 pm PT, precisely a week after the release of its penultimate episode, ‘The Wound.’ The series has followed this same schedule for all its previous episodes, starting from ‘The Science of Joy,’ which aired on August 23, 2020.

Up until now, ‘The Vow’ has laid out a damning case against Keith Raniere and presented the complex picture of how the women who followed him into DOS and take over its workings were both charmed by his words and affected by their desperate need for attention and affection. But, it is yet to highlight precisely what led Keith to do such “scientific” experiments on his peers and why he always felt the need to overturn what he thought was taught to every child – males are to hold back their instincts, while females are to be “put in a glass box.” In Episode 9, we expect directors Jehane Noujaim and Karim Amer to outline all of this along with the legal case that was made against Keith and his inner-circle and the court proceedings that followed.

Where to Stream The Vow Episode 9 Online?

‘The Vow’ is an HBO original series, so you can make use of your cable subscription and stream episode 9 of it on the channel at the above mentioned time as it airs. If you don’t have the required channel package, then you utilize your internet connection and watch ‘The Vow’ on HBO’s official website, HBO Max, or on the HBO Go App. And if this doesn’t work for you either, then you can always catch up with the series on Amazon Prime or HULU, with the help of their HBO package add ons, after the episode finishes airing on cable.

As if all the previous episodes were just glimpses of the real horror within NXIVM, ‘The Wound’ somehow gives us the worst of Keith Raniere and his beliefs. With the help of archival footage, we hear “The Vanguard” show his true colors during playacting exercises, where he spouts all kinds of misogynistic comments and points towards the inherent flaws that a woman can have. Of course, right before he does this, he smiles and asks the crowd if he can be really “rough,” which just details the extent to which his manipulation can go even further.

Looking back at it, the former members of NXIVM – Mark, Sarah, Bonnie, and Nippy – realize that the Society of Protectors, JNESS, DOS, and NXIVM in itself was one of the worst schemes that they fell prey to. They feel humiliated, ashamed, and embarrassed to ever be a part of it, but they make it clear that they never joined this cult on purpose. They all realized the mess that they were in after believing that they were a part of something good and positive for years.