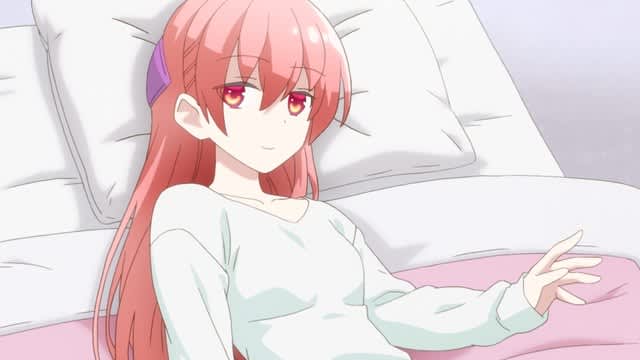 Based on a manga series by Kenjiro Hata, ‘Tonikaku Kawaii’ is a romance anime that subverts the expectations and tells a story that starts at marriage and then, love blossoms. The first issue of the manga series was released in February 2018. On October 3, 2020, the anime, developed by Seven Arcs (‘Dog Days’, ‘Arte‘), premiered. It didn’t take the show long to garner a loyal group of fans. The show’s memorable score is composed by Endō. Here is everything you need to know about the upcoming episode of the series.

Tonikaku Kawaii Episode 10 Release Date: When will It Premiere?

Screenwriter Kazuho Hyodo is adapting Hata’s manga for the small screen. Hiroshi Ikehata is directing the project. The 10th episode of ‘Tonikaku Kawaii’, titled ‘The Way Home’, is set to be released on December 5, 2020.

‘Tonikaku Kawaii’ is a poignant love story about a quiet and intelligent boy named Nasa Yuzaki and Tsukasa Tsukuyomi, a girl who saves him from an accident. Nasa’s odd name has been a long source of amusement for the people around him. One day, this everyday genius spots Tsukasa through a window and begins pursuing her. He is so enamored by her that he nearly has an accident, but she saves him. He expresses his feeling towards her. She accepts them under one condition, he will have to marry her first. Nasa happily agrees. However, Tsukasa leaves soon after, as if vanishing into thin air. Three years later, there is a knock at the door. When Nasa opens it, Tsukasa is standing on the other side. The couple then their married life together.

In episode 9, Nasa and Tsukasa discover that their apartment has burnt down. Fortunately, most of the important financial documents are in a safety deposit box. The plant that they got to mark the wedding hasn’t burnt as well. They have no choice but to look for a new apartment.