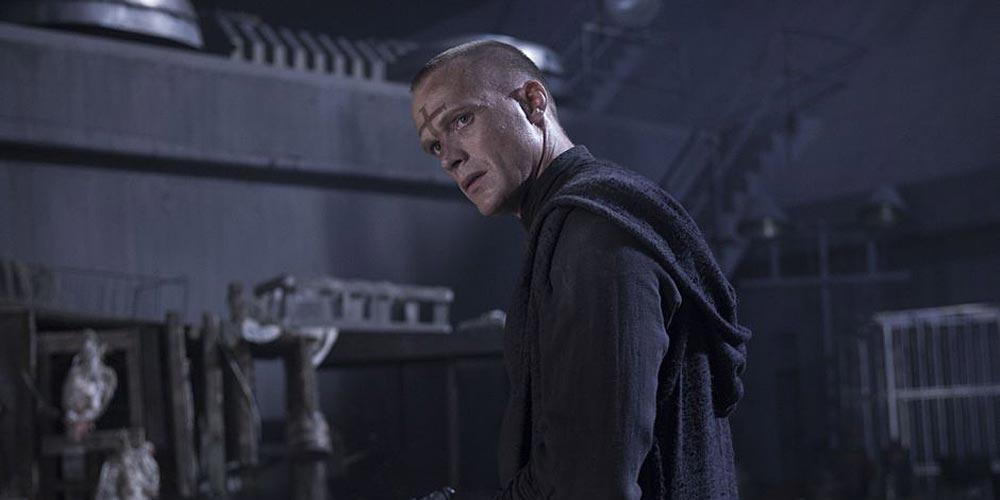 ‘Priest’ is a 2011 movie that can be classified under various genres: science fiction, fantasy or vampire fiction. However, superhero fiction might be the most appropriate genre grouping for it. The film is directed by Scott Stewart and has been praised for its visual style, which gives the feeling of a Western. That is the reason its aesthetic can be roughly compared to ‘Mad Max: Fury Road.’

‘Priest’ is set an alternate universe where humans and vampires have been warring for centuries. Because of that, humans have resorted to living in walled cities, under the control of a theocracy called the Church. The Church has trained several warriors with expert combat skills against vampires known as Priests. These Priests have helped reduce the threat of the vampires almost completely. However, they are now marginalized.

After a girl named Lucy is kidnapped by vampires from an outlying town, her lover and the town’s sheriff seeks the help of a Priest to rescue her. The Priest is Lucy’s uncle. The Priest defies the orders of the Church to rescue Lucy. Many viewers might have wondered which sources the movie takes its inspiration from.

Who is Black Hat?

‘Priest’ is based on a Korean comic or manhwa of the same name. However, the movie has taken radical creative liberties and has even changed the basic premise of the source material. The comics are way more fantastical and do not revolve around vampires at all. Instead, they depict fictional mythology revolving around 12 fallen angels who descend to Earth and start to rebel against God. However, the movie completely replaces this religiously inspired mythology for vampire fiction. There are no fallen angels.

Moreover, the character of the antagonist has also been changed. The main antagonist in the manhwa is Temozarela, a fallen angel or arch-angel. In the movie, the main antagonist is Black Hat, a Priest who gets transformed into a human-vampire. The similarity to the source material, with regards to the antagonist, is that Temozarela (in the manhwa) fought on God’s side before God lost faith in the angels. Similarly, since the Church starts to marginalize the Priests, Black Hat embraces his form as a human-vampire.

Furthermore, the character of the protagonist is also tweaked slightly. In the manhwa, the protagonist sees his adopted sister be murdered in front of his eyes while in the movie, it is his niece who gets kidnapped.

Lastly, the manhwa is set in the Old West. However, the movie’s action is set in an alternate universe. The manhwa itself was inspired by a video game called Blood. Moreover, the movie apparently takes place in a different timeline than that of the manhwa.