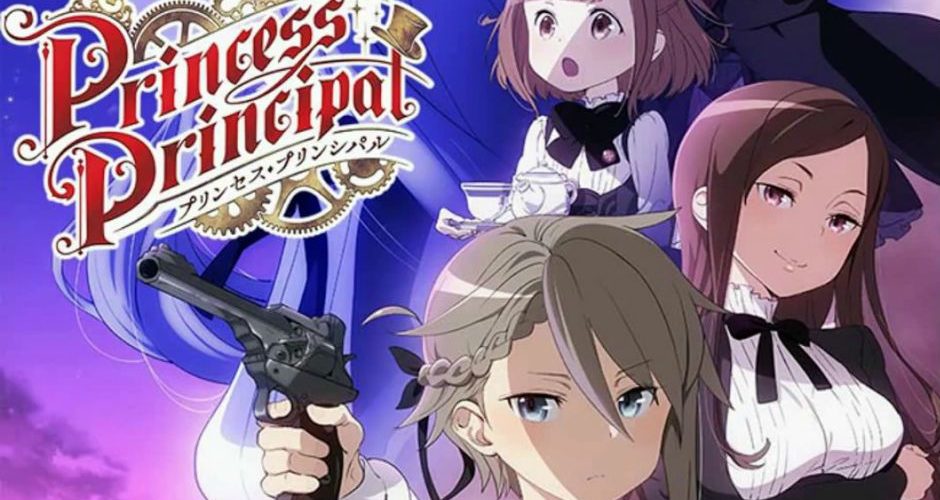 Princess Principal (also known as Purinsesu Purinshiparu in Japanese) is an action anime television series produced by Studio 3Hz and Actas. Written by Kabaneri of the Iron Fortress writer Ichirō Ōkouchi, and directed by Masaki Tachibana, Season 1 of the show premiered on July 9, 2017. It became quite a hit among viewers, and six special episodes, under the title Princess Principal Picture Drama, were released between September 27, 2017 and February 23, 2018. Subsequently, in April 2018, Studio 3Hz and Actas announced that a sequel to Season 1, in the form of a six-part anime film series, would be released in 2019. Here’s everything you need to know about it.

Princess Principal Season 2 Release Date: When will it premiere?

Princess Principal season 1 premiered on July 9, 2017 and ran till September 24 of the same year. It was followed by the release of six special episodes between September 2017 and February 2018. With fans all clamoring for a second season, Studio 3Hz and Actas partially fulfilled their wishes in April 2018, when they announced that a sequel to Season 1 would be released in the form of a six-part film series.

During the announcements, the studios stated that the films would release in 2019, but soon after it was pushed to a later date. Recently, it was confirmed that the first part Princess Principal movie would release on April 10, 2020.

If you’re wondering whether a new season will be made for television, the answer is a bit dicey. While director Masaki Tachibana has said that he would like to make another season of the show, he has also said the he prefers making anime movies. Speaking at Anime NYC 2017, Tachibana had said, “We would like to make a season two, we hope to make a season two, but that’s not up to us. We left a lot of things unresolved…[However] Movies tend to get more funds to work with, so they can spend more time on scenes.

As opposed to TV anime, where you are on a much tighter schedule and cannot always perfect everything. In that sense, I would like to work on a movie.” Thus, as it stands, there’s no clarity on whether the movies will bring the show to an end, or whether a new season will be greenlit for television. Our best guess is that Princess Principal movie or Princess Principal season 2 release date could fall sometime in 2021. We’re keeping our ears open for news on the future of the show, and we’ll update this section as soon as we hear something reliable.

You can stream ‘Princess Principal’ on Amazon Prime and HiDive with its original Japanese audio and English subtitles.

Princess Principal has steampunk elements and is set in a fictional land called Albion, which closely resembles England. The events in the show take place in the early 20th century when the Kingdom of Albion, having monopolized a mysterious substance called Cavorite, builds advanced military technology and becomes a superpower owing to its advanced, heavily armed airships. However, the Kingdom is brought to its knees when the proletariat, angered by the the ruling elite’s oppressive ways, stage a revolution called the London Revolution, and attempt to overthrow the royal family. After a long-drawn battle between the two sides, a compromise is reached, and Albion is split into two nations – the original Kingdom, and the Commonwealth.

Led by an experienced driver called Dorothy, the team includes sharpshooter Ange le Carré, a proficient samurai called Chise, and a voice-mimicking specialist called Beatrice. Together with Princess Charlotte, the team strive to complete their mission in a world filled with mystery, conspiracies, and betrayal.

While Princess Principal has dozens of characters, Princess Charlotte and the other four Commonwealth girls serve as the main characters in the show. Below, we’ve provided you with brief backgrounds on them.

Dorothy: The leader of the Commonwealth’s team of spies, Dorothy is a 20-year-old undercover student who loves drinking. Born as Daisy McBean, Dorothy grew up in a problematic family, and changed her name to her mother’s after she died of years of abuse at the hands of her alcoholic father. During missions, Dorothy often uses her feminine charm to her advantage, and is an experienced driver and shooter.

Ange le Carré: A 17-year-old sharpshooter, Ange is a prodigious spy. Able to tell lies convincingly and detect lies as well, Ange can change her personality at whim, and does so to fulfill missions. She also possesses a stolen Cavorite technology which allows her to manipulate gravity, both around herself, and of the objects she touches.

Chise: Another 16-year-old undercover student, Chise is a trained samurai and an expert at melee combat. While she is part of Commonwealth’s team, she is actually a spy from Japan tasked with observing the Commonwealth and the Kingdom.

Beatrice: A 15-year-old undercover student, Beatrice can mimic the voices of other people with her throat implant. She is close to Pricess Charlotte and acts as her aide.