When Will Prodigal Son Season 1 Return on Fox? 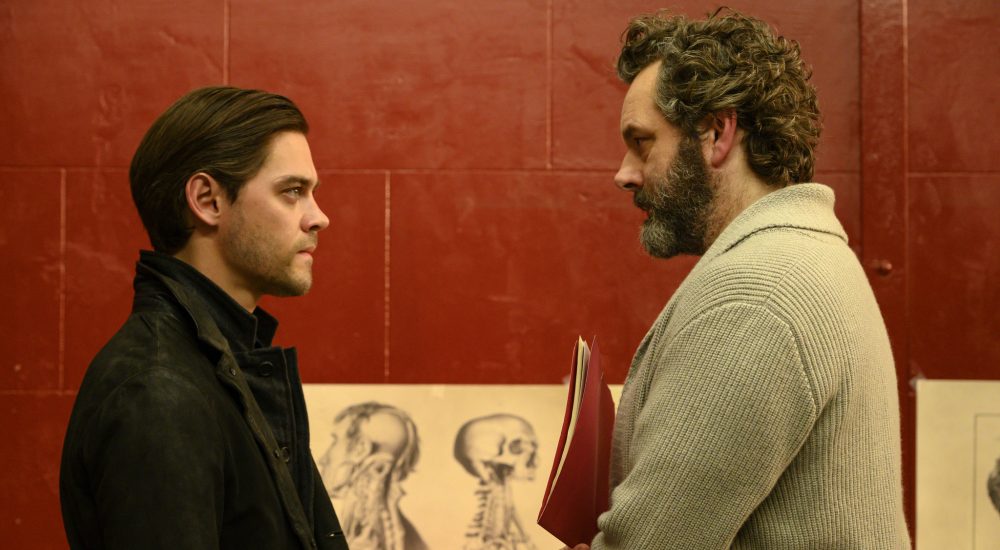 ‘Prodigal Son’ is a crime drama tv series created, written, and executive produced by Chris Fedak and Sam Sklaver — who had previously collaborated to create the ABC series, ‘Deception‘.

The show follows a young profiler, Malcolm, who is a son of an infamous serial killer, “The Surgeon”. Malcolm’s father was arrested for 23 murders when Malcolm was still a young boy. Malcolm eventually joins the FBI but they later fire him. Malcolm is then enlisted by an NYPD detective, Gil, to help him crack a case. After investigation, it is revealed that the killer is a copy cat of Malcolm’s father, ‘The Surgeon’. Noting his skills, Malcolm is employed by the NYPD to solve more homicides. In doing so, he gradually starts understanding himself better.

Prodigal Son Episode 11 Release Date: When will it premiere?

‘Prodigal Son’ season 1 premiered on September 23, 2019 on Fox. After airing for 10 episodes, the show went on a mid-season break on December 2, 2019.  The good news is that fans won’t have to wait for long for the show to come back on the tv screens. ‘Prodigal Son’ episode 11 is expected to release on January 20, 2020. The show has been ordered for a total of 22 episodes, which means the first season is only going to end sometime in April, 2020.

Prodigal Son Cast: Who’s in it?

The cast of ‘Prodigal Son’ is led by Tom Payne as Malcolm Bright. Payne is best known for his role of Paul Rovia on AMC’s ‘The Walking Dead‘. He is joined by Michael Sheen as Dr. Martin Whitly. Multiple award nominee and winner, Sheen, is widely recognized for his appearances in fantasy films, including ‘Underworld: Rise of the Lycans’ and ‘The Twilight Saga: New Moon’.

Prodigal Son Plot: What is it about?

Dr. Malcolm Bright is a talented criminal psychologist, who uses his expertise in helping the NYPD solve brutal crimes and bring killers to justice. He is himself suffering from neurosis, has a manipulative mother to deal with, and needs to tackle his serial killer father, still seeking to rebond with his prodigal son.

Amidst this dysfunctional family, the only solace Malcolm finds is in the form of his sister Ainsley, a TV journalist, who wishes that her brother would leave his career in homicide and lead a normal life. But, her sibling feels at peace only when he is solving cases alongside his longtime mentor, NYPD Detective Gil Arroyo. Arroyo, one of the best detectives in town, expects the same from his team, including Detective JT Tarmel, a New York native who is doubtful if Malcolm is a psychopath himself.

Malcolm is a tremendously gifted expert when it comes to dealing with murderers. This is because he knows how killers think — a trait which can be attributed to the fact that his own dad was a notorious serial killer, branded as “The Surgeon.” And when murder runs in the family, Malcolm is, no doubt, the best criminal psychologist around. He is a forensic profiler who helps the NYPD crack the toughest of cases while dealing with his own chaotic family.

‘Prodigal Son’ might be a show about a dysfunctional family and the twisted relationship between a father and his son. But it takes this premise a bit further by introducing a serial-killer aspect. Bringing in a mix of elements from ‘Sherlock Holmes‘ ‘Freud’, and ‘House’, it combines drama and dark comedy to create a series that is a treat for crime fans.

When asked how Chris Fedak and Sam Sklaver came up with such a unique idea, Sklaver stated: “Chris and I were really just playing around with characters and what makes them interesting on TV. We were wondering about parents and how they can affect the children.” They then thought, what would it be like if your father was a serial killer but also a really good dad? And thus, the central theme of this intriguing title was created. Sklaver also added, that apart from ‘House’, their series is also inspired by ‘Hannibal’. While ‘House’ is about diagnosing sickness, ‘Prodigal Son’ is about diagnosing psychology.

This Sherlock-Freud hybrid offers a lot for viewers to keep them glued to their seats. There is the fan-favorite twisted serial killer narrative, accompanied by criminal cases, mysteries, and murders — all staples of any hit thriller series. What’s more? There is also an interesting family element that makes ‘Prodigal Son’ all the more interesting.

Below is the official trailer for ‘Prodigal Son’ season 1. Additionally, you can also head to their official site if you wish to catch up on clips from the show.