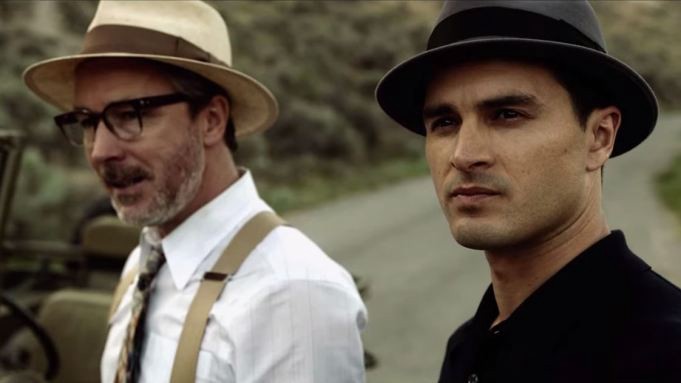 ‘Project Blue Book’, the smash-hit historical docudrama that chronicles the US military’s investigations into aliens, which dates to more than five decades back, returned with its much-anticipated second season on January 21, 2020. The first two episodes deal with the infamous Rosewell incident and conclude with an epic explanation of the theory.

Now, if you are already done watching the first two episodes, you must be wondering which new case is covered in the upcoming part. Well, read on to know everything about ‘Project Blue Book’ season 2 episode 3.

The official synopsis for the third episode goes like this: “Hynek and Quinn investigate reports of a soldier who was allegedly taken inside a flying saucer at a remote military base in Nevada, where they subsequently learn why the secrets contained in Area 51 should not be released.”

You can watch the latest episodes at the same time they are released on the History Channel by tuning in to your tv screens with a cable subscription at the above time slot.

The next option is to catch all the aired episodes on History’s official website. Without cable, you can live-stream the series on Fubo TV, DirecTV, Sling TV, and Philo TV. Additionally, previous episodes are available for rent on Amazon Prime Video.

History’s official synopsis for episode 2 goes as follows: “Hynek and Quinn nearly reach a potential culprit, which could take them to just where they need to be to discover the truth behind the Roswell incident.”

Of course, as fans, we were all expecting that the story around the Rosewell incident would end with a major alien reveal. But toward the end, it is concluded that the alien autopsy had not been faked. Even Valentine and Harding were not trying to cover up any proof about extraterrestrial existence.

The story eventually arrives at a theory that the aliens were, in fact, Josef Mengele’s experiments — deployed by Stalin to induce restlessness regarding UFO sightings in the US. Annie Jacobsen’s 2011 book, Area 51, includes a section, which details these experiments, where it is mentioned that Mengele had biologically re-engineered kids in order to make them resemble little gray men.

It might be a ridiculous theory but that is the only plausible explanation. But that does not stop us from suspecting that Harding is one shady character, who definitely has secrets and is hiding something huge. Hynek, on the other hand, is still determined to take down Harding and is just waiting for a chance to prove his beliefs.

Well, there are still a few episodes left and some complicated cases to handle. Maybe, Hynek will be able to shed light on Harding’s actions or maybe, Harding is innocent and Hynek just needs to let go of his obsession with taking down a good guy. Well, all we can do is wait for the rest of the episodes in order to get to the bottom of this mystery.