When Will ‘Project Blue Book’ Return? 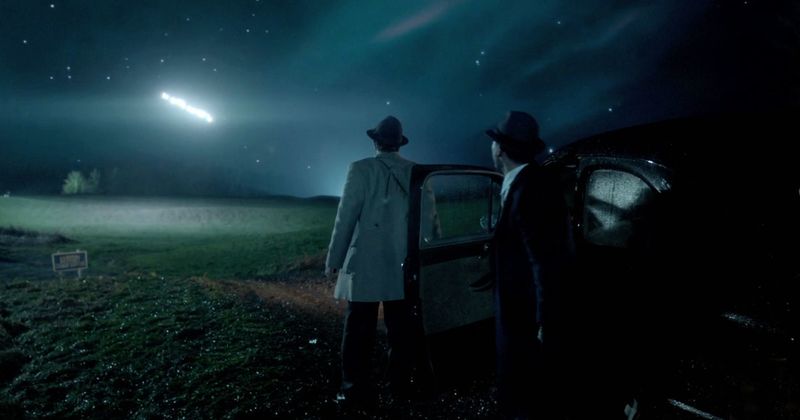 Project Blue Book, the historical period drama, does a fantastic job of entwining conspiracy theories with science fiction. The highly interesting series managed to intrigue fans because of blending hints of the paranormal with historically unexplained phenomena. Of course, critics have also rebuffed the show for inaccurate facts and absurd theories.

But we, as fans, know that fiction cannot be 100% accurate. And we have simply enjoyed watching this series that has become a staple for History Channel since its debut in 2019. The show has finished airing its second season and some fans are wondering when will Project Blue Book Season 3 release. Here’s all we know.

Project Blue Book Season 3 Release Date: When will it premiere?

As far as a third season goes, History has not made an official announcement yet. This is a bit of a surprise as season 2 was confirmed just four episodes into season 1. But if you go by the viewership numbers, there are no major drops. The original Project Blue Book ran from 1952 to 1969 — for around 17 years. So we know that there is no dearth of content to carry the show forward. Even fans are already taking to social media, asking for another season.

Considering everything, we are positive that the series will get a new season. If renewed, we expect Project Blue Book season 3 to release sometime in January 2021 — since the previous two seasons premiered during January in 2019 and 2020 respectively.

Project Blue Book Season 3 Cast: Who can be in it?

The cast of Project Blue Book is led by Aidan Gillen as Dr. J. Allen Hynek, and Michael Malarkey as Captain Michael Quinn. The two team up to go about solving strange cases that usually revolve around unexplained phenomena.

Ksenia Solo stars as Susie Miller, Michael Harney plays Major General Hugh Valentine, and Neal McDonough enacts the role of Brigadier General James Harding. If the show is renewed for season 3, we expect all of the above lead actors to reprise their original roles.

Project Blue Book Season 3 Plot: What can it be about?

The events of Project Blue Book follow the incidents covered in the real-life Project Blue Book — a documented collection of covert investigations carried out by the US Air Force into suspected alien encounters and strange phenomena. The research is led by astrophysicist Dr. J. Allen Hynek and Air Force veteran Captain Michael Quinn.

In season 2, we see the series covering multiple infamous and unexplained events, including The Rosewell incident, Area 51, Hopkinville, Skinwalker, and Operation Mainbrace, among others. Season 3, as and when it happens, is expected to adapt several other operations as detailed in the original Project Blue Book. We will add the exact details as soon as we learn more.

While we wait for more updates on season 3, you can watch the season 2 trailer below: