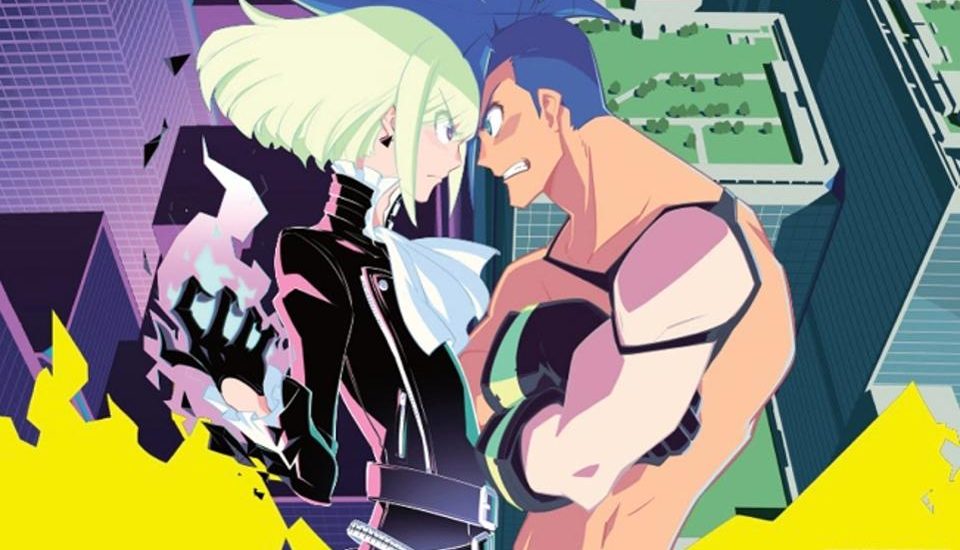 Studio Trigger’s anime-original ‘Promare’ just blows you away in its opening scenes with its technicolored exposition and post-apocalyptic setup. Some may argue, that from a storyline standpoint it fails to offer anything new and is only reminiscent of other better creations of the Studio including ‘Kill la Kill‘, ‘Gurren Lagann‘ and maybe even ‘SSSS. Gridman.’

However, if you think about it, it almost seems like the whole purpose of the movie is to harken back to the golden days of super-mecha action when Hiroyuki Imaishi’s was still considered to somewhat of a revolutionary director. ‘Promare’ may not be as cathartic or moving as other critically acclaimed anime films like ‘A Silent Voice’ or ‘Your Name.’ But it sure is groundbreaking in the sense that it seems very self-aware of what it intends to portray and also serves more like a throwback to a very inventive era of anime.

A little similar to ‘Fire Force,’ ‘Promare’ begins with the introduction of its post-apocalyptic world where genetically evolved humans called “Burnish” started emerging out of nowhere and started destroying everything around them with their unbridled ability to wield flames. However, in order to control these mutants, Kray Foresight, a remarkable leader, forms a team of firefighters, known as the Burning Rescue, who use a form if superior technology to battle out the Burnish. Among these firefighters is Galo Thymos, an ambitious young man who, like the rest of the world, looks up to Foresight and is determined to free the world from the seemingly evil Burnish.

Later, a series of events lead him to an encounter with Lio Fotia, who is known to be the leader of a renowned Burnish terrorist organization. And it’s this accidental meeting that makes him realize that despite their evil deeds, the Burnish, too, are humans just like him. He also learns their actions are solely driven by the oppression that they face as a minority and also learns a deep dark secret that Foresight has kept hidden from him all this while. With this, Galo finds himself questioning everything that he previously knew about his world and he eventually decides to help the Burnish instead of destroying them.

The best aspect of ‘Promare’ is indeed its unique animation style that might seem a little stilted at times but is impressive nonetheless. Taking you back to the rudiments of the genre, the anime creates a stark contrast between the two sides of conflict using bright colors and shapes. On one side, there’s the Burnish who are hot and are represented by pink triangles soaring out of their limbs, whereas, on the other side, we have the opposing firefighters who use square-shaped blue projections to strike the Burnish.

The mecha designs are impeccable and come in tandem with the color palette that is initially established in the show. When it comes to the power-ups, which basically represent paradigm shifts in the emotional narratives of the characters, there seems to be a lack of development. However, even with this aspect, the mechanics of the animation is quite commendable. Not to mention, during a time when CG integration is often looked down upon, ‘Promare’ elevates itself above the usual fare by using it fantastically to its advantage.

As far as the storyline is concerned, ‘Promare’ manages to hit the right notes when it comes down to evoking a sense of familiarity in a viewer. However, the movie almost comes off as a less developed 2-hour culmination of ‘Gurren Lagann.’ Perhaps a full-fledged season of at least 12 episodes would have worked better in this aspect. Even during its closing moments, ‘Promare’ is pure eye candy and its great direction and superlative visual-sense can very well be appreciated. But this, too, could’ve been a lot more impactful if it was backed up with an equally stirring script. Even so, anyone who has previously enjoyed Trigger’s overwhelming and unique animation style, this one certainly deserves a shot.