Where do we come from ? Where are we going ? Are we alone in the universe? What’s the meaning of our existence?

These are some of the most fundamental questions that human beings have asked themselves from time immemorial. Science, to the best of its ability, have been trying to explain the beginning of everything but there are certain pieces to the puzzle, that remain unsolved. In 1976, when Ridley Scott came up with his epic sci-fi horror ‘Alien’, its premise was based on a group of astronauts facing an alien creature in space. Over the years, ‘Alien’ become a cult film, spawning many sequels which were basically a rehash of the first film – man vs alien. It also did a crossover with the ‘Predator’ series, thus creating a lineage of Alien Vs Predator.  According to the director Ridley Scott, the fans of the original film were still not satisfied. Wherever he went, the questions kept following him – Who were these aliens? Who created them? How they got into that spaceship ? ‘Prometheus’ was the first step to the answer of all these questions. Sadly, its box office performance will always overshadow the genius of the film and it will remain as one of the most misunderstood films of all time. Through this article, we shall try to explain the movie and its myth that connects it to ‘Alien’.

In an unknown time, a spacecraft leaves a planet that eerily looks like Earth. On the top of a waterfall, a large humanoid removes his cloak and drinks up a black gooey liquid. The liquid makes his body disintegrate and he falls into the water. The subsequent chain of scenes shows his body getting completely disintegrated, at cellular levels. It rapidly gives rise to the formation of new strand of DNA – the human DNA. 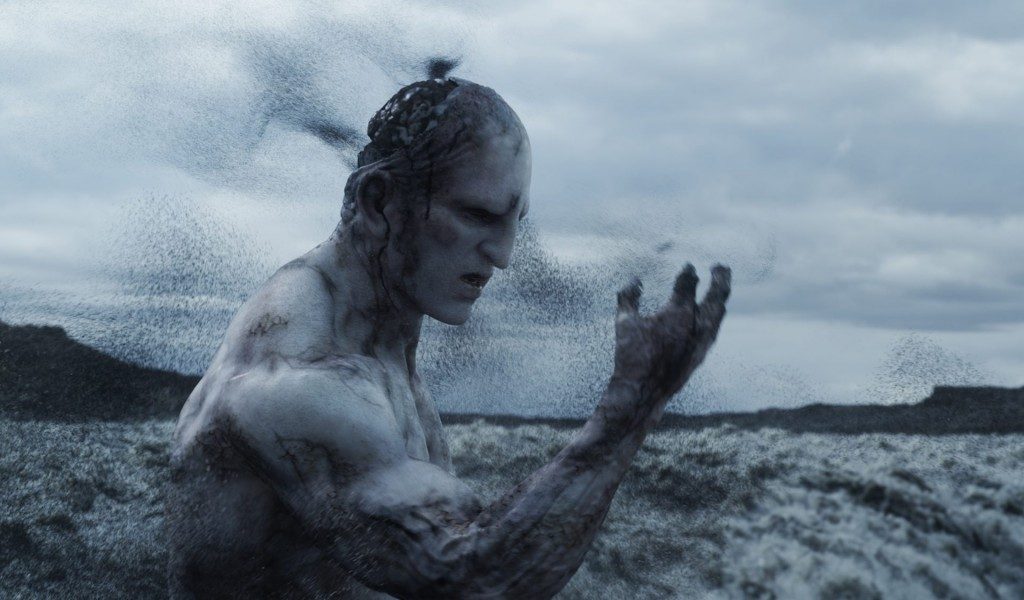 The movie begins in 2089, with a group of archeologists discovering a prehistoric cave painting where a huge man is pointing towards a constellation of stars while being worshipped by many smaller beings. Similar images have been found at many places where civilisations had begun. The archeologist-scientists couple Elizabeth Shaw and Charlie Holloway interpret this as beginning of mankind’s evolution and denote this huge man as ‘Engineer’. Weyland corp, led by now dead Peter Weyland funds a mission to a planet LV 223 where the Engineers have been traced to, through the same constellation of stars. The group travels to the planet in stasis, while the spacecraft ‘Prometheus’ is being looked after by an android David. (Fans of ‘Alien’ will remember the android science officer ‘Ash’. ) David spends his time by learning more about humans and mankind by reading books and watching movies, such as ‘Lawrence Of Arabia’. To his android brain, the fickleness of human brain is something that he fails to comprehend. This in fact, later becomes a key point while deciding David’s actions. 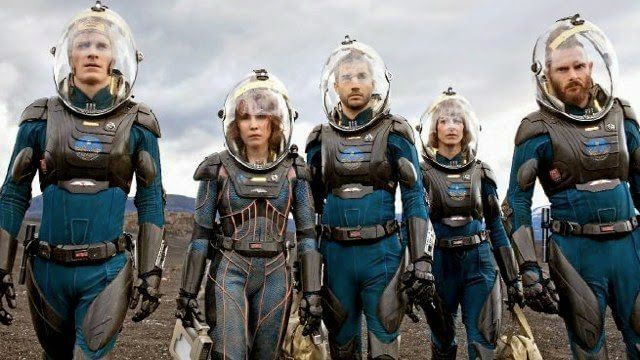 Prometheus lands on the LV 223 where an expedition team sets out to investigate a huge structure that resembles  a gigantic mountain, with a humanoid face on the top of it. The team moves in and starts finding the remnants of the Engineers. David, starts exploring the ship and in the process sets out some mechanism that starts projecting a holographic image. The image shows a group of Engineers running scared from something and eventually falling in front of a chamber. The group moves into the chamber which features a huge human face on the wall and finds many cylinders containing a black gooey substance. As the group moves into the chamber, there seems to be some environmental changes triggering the black gooey substance to start leaking from the cylinders. A silica storm forces the group to return to the ship, leaving two of the group remain in the chamber. 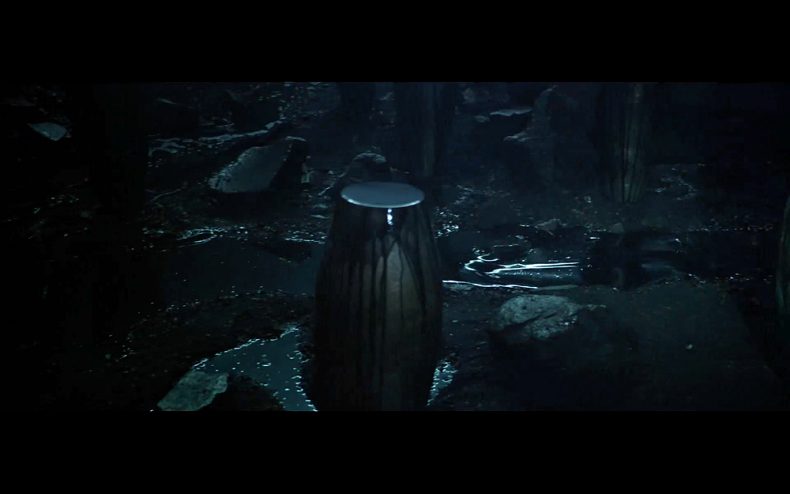 Elizabeth returns to the ship with the decapitated head of an Engineer, on which she intends to run tests. The results reveal that its DNA matches with that of the humans, thus making the Engineers the creators of the mankind. Further tests make the head go unstable and it bursts. In the chamber, the two members meet a unique snake-like creature. The creature kills one member while the other member falls into the black gooey substance, now spread all around. At Prometheus, David seems to be working on something secretive as he’s seen communicating with a person, who’s not shown on-screen. Having smuggled a cylinder earlier, David mixes a drop of the black substance in Charlie’s drink, during a conversation. The next morning the team again moves look for their stranded members. 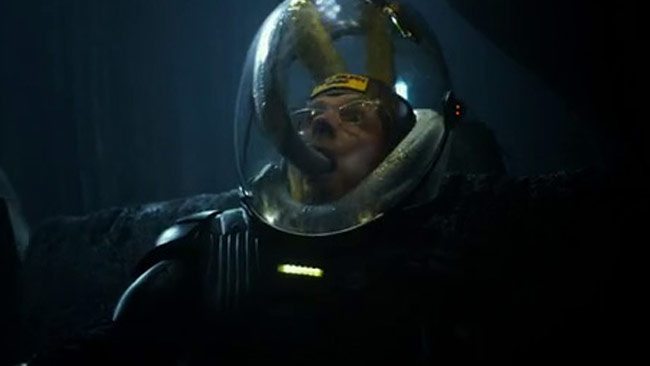 The team finds the dead team member and David finds a separate chamber that resembles a control room and an Engineer-in-stasis mode on driving seat with a route course charted for Earth. Outside, Charlie who was earlier infected with the black substance, falls sick and the team decides to return to the mother ship. But the team lead Vickers refuses to allow Charlie inside the ship and on his insistence, is burnt to death as he continues to decay. During a medical check, Elizabeth finds herself to be three months pregnant despite her being sterile and having physical relationship with Charlie the night before. Sensing danger, she undergoes a self surgery in a med-pod which reveals her offspring – a squid shaped creature. Horrified, she dumps the creature inside the room and leaves to warn the others. She finds the unknown person with whom David is seen communicating earlier – An ageing Peter Weyland! Weyland reveals his true purpose behind the expedition and that’s to prevent his death by using the advanced technology from the Engineers. 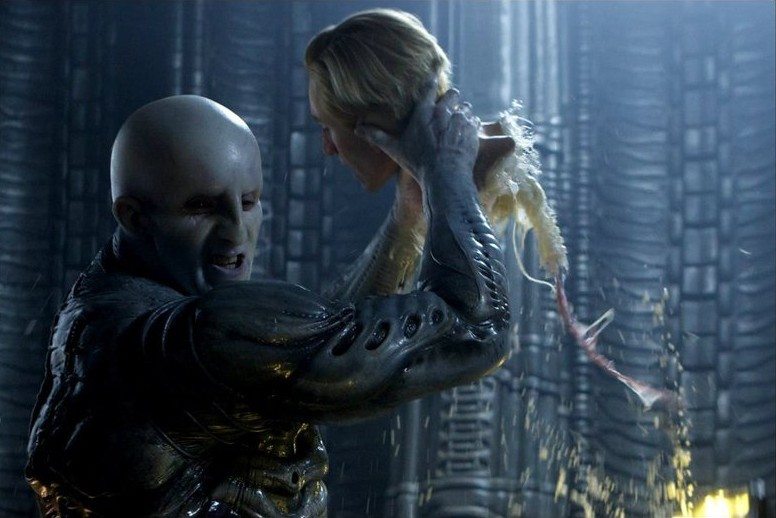 Weyland and his team return to the planet and David wakes up the Engineer. The Engineer, upon knowing their actual purpose, kills Weyland and decapitates David. As he goes to driving seat and restarts the mechanism, Elizabeth realises that the structure is actually a gigantic spaceship and the Engineer plans to release the black substance on Earth. She warns rest of her team about the Engineer’s plan while trying to get out of the ship. Her team sacrifice themselves by colliding Prometheus with the Engineer’s ship, thus bringing it down.  Elizabeth, upon finding the Engineer alive forces it into a room in a pod where her offspring, now grown into a huge creature attacks it. As Elizabeth leaves the planet, with the help of David’s head to find the Engineer’s world, we see the last scene, a baby alien bursting out from the dead Engineer’s chest ! 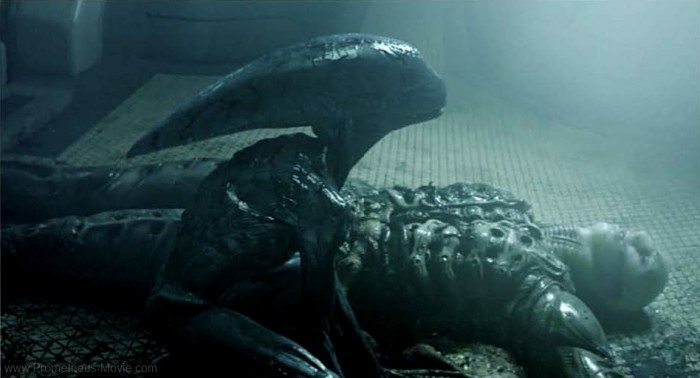 Who were these Engineers and why they wanted to destroy Earth?

The Engineers come from an advanced planet where they have created a black substance which’s capable of altering DNAs. As evident from the first scene, an Engineer’s DNA was deconstructed to create the human DNA. In a way, it is the beginning of life on Earth. But as the saying goes, to create something new, the old has to be destroyed. The Engineers perhaps wanted to create something new, perhaps a land of evolved creatures. Hence they wanted to destroy Earth by unleashing the black gooey substance. 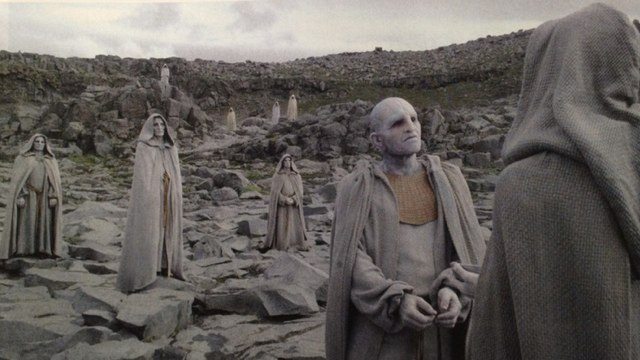 How the images appear at different places on earth? Does this mean the Engineers often visited Earth?

It seems so. Being the creators, perhaps the Engineers returned to their creation from time to time. They perhaps also helped the human beings in creating some of the marvels. Conspiracy theorists still say that Pyramids, Stonehenge, Nazca lines they are all created by aliens. Coincidence? Who knows! On the other hands, it could be a warning sign from the prehistoric men about the Engineers, perhaps about their ultimate purpose – to destroy humanity and thus the prehistoric men wanted the future generation to remain alert of these Engineers.

Who or what killed the Engineers on their ship?

It looks like on their way to Earth, some of the black substance got mixed with some type of organism which probably created a creature which killed these Engineers. The holographic images reveal doesn’t reveal from what the Engineers were running from. Whatever it was, it ensured the Engineers remain on LV 223. 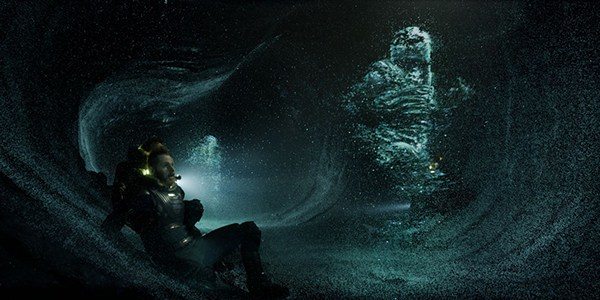 Why David mixed the black substance into Charlie’s drink?

The straight forward reason is David was working under Peter Weyland’s instructions. As the black substance altered DNA based on the direct contact, the creatures or human beings were always mutated. David wanted to create a progeny through normal birth and thus he infected Charlie who then proceeded to impregnate Elizabeth.

A different school of thought points towards David’s growing resentment towards the humans. Throughout the movie, David is ridiculed by the other members for being an android, devoid of any sentiments. At one point, Charlie remarks that David was created by humans because they could. One can argue that probably it was David who started the chain of events that eventually ended with ‘Alien’ 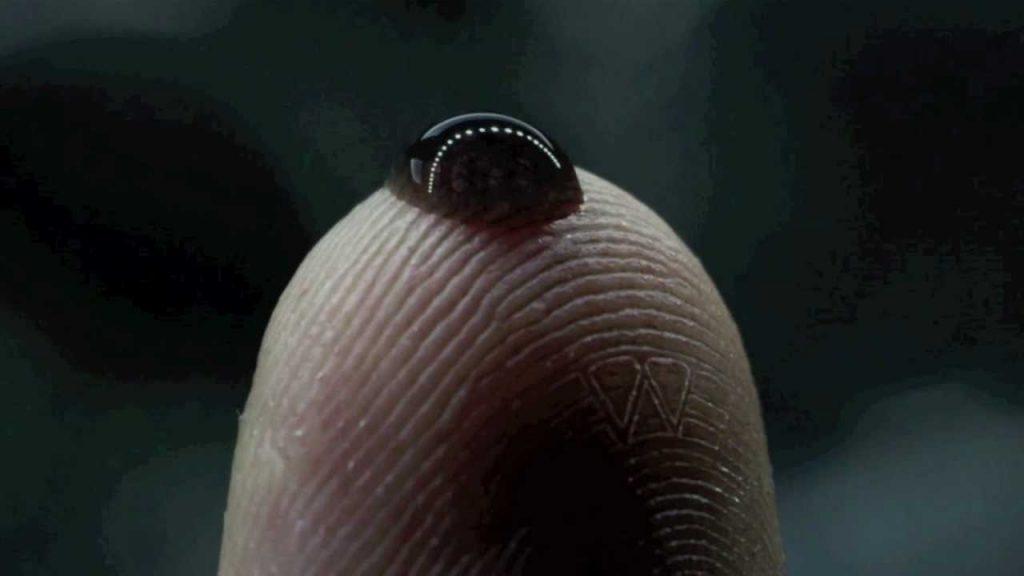 How this is linked to the original ‘Alien’ ?

In a way, ‘Prometheus’ serves as the prequel to ‘Alien’, as it searches the root of the creature. Elizabeth’s offspring alien resembles a star fish type of creature. Earlier when a worm gets in contact with the black gooey stuff, its DNA gets mutated to resemble a snake-like creature. So the black substance alters different DNA into different creatures. In all probabilities. The last scene reveals a baby alien bursting from the chest of a dead Engineer, which has the same long head as the original alien. So in all probability, it is the same alien that featured in the original film. 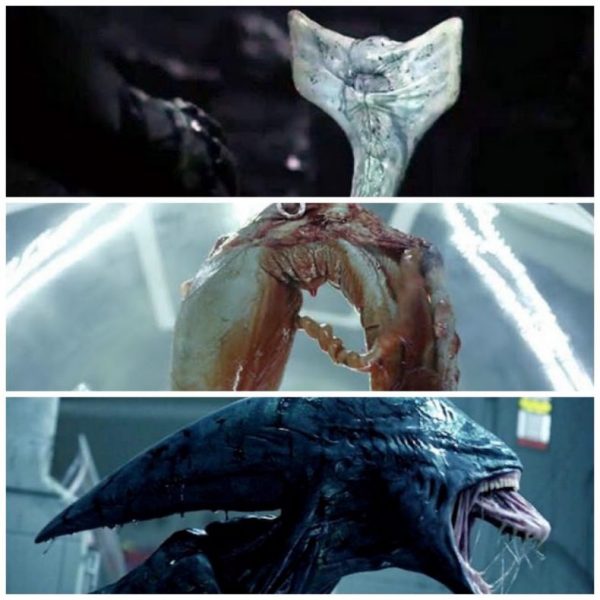 Why Elizabeth went to look for the other Engineers at the end? 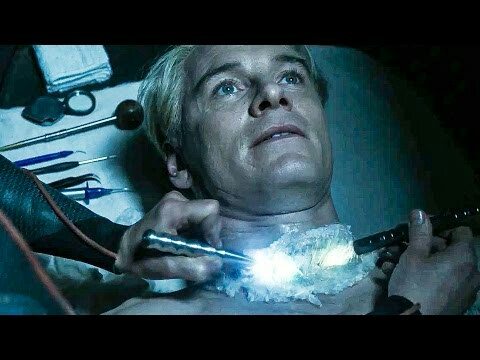 The mysterious as well as fascinating tale of ‘Prometheus’ continues through its sequel – ‘Alien : Covenant’.