Will There be a Property Brothers: Forever Home Season 4? 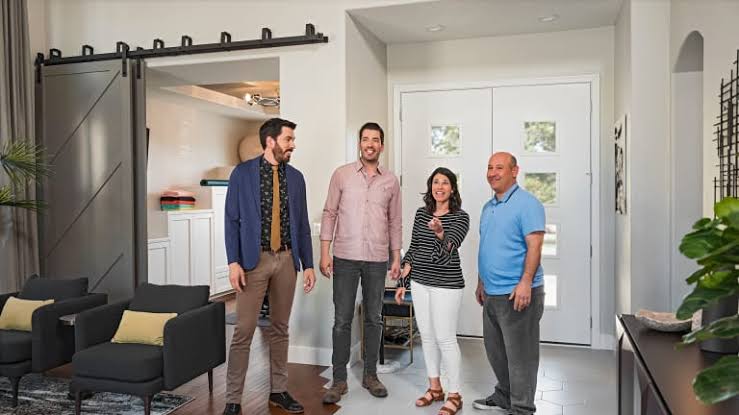 HGTV’s beloved twins, Jonathan and Drew Scott, have been instrumental in helping multiple clients purchase and remodel properties in their widely popular series, ‘Property Brothers‘. Over the years, the success of the original series gave rise to several spin-offs. One among them is ‘Property Brothers: Forever Home’, a show that gives a twist to the twins’ real-estate and home design projects. The goal of the show is to transform family-owned houses into the homeowners’ dream paradise.

Produced by Scott Brothers Entertainment, the reality TV series first premiered on Discovery-owned HGTV in May 2019, garnering a favorable response. After that, it was renewed for a second edition and then a third outing. Here’s all you need to know about ‘Property Brothers: Forever Home’ Season 4.

‘Property Brothers: Forever Home’ season 3 premiered on April 15, 2020, on HGTV. It consisted of 10 episodes. Owing to the popularity of its hosts and the relatability of the format, which is geared more toward family-owned homes, we expect it to be renewed for a fourth edition in the coming months. If things move according to plan, we can expect ‘Property Brothers: Forever Home’ season 4 to premiere sometime in 2021.

The Property Brothers, namely twins Drew and Jonathan Scott, do not need any detailed introduction. They have already appeared in countless episodes of HGTV’s several famed shows, such as ‘Property Brothers’, ‘Buying and Selling’, ‘Brother vs. Brother‘, and others.

Canadian actor, realtor, and entrepreneur, Drew Scott, alongside his brother Jonathan, is the co-founder of Scott Brothers Entertainment. Currently a resident in LA, he lives with his wife, Linda. On the other hand, Jonathan Scott is a Canadian reality TV personality, contractor, and illusionist. He is also a television and film producer. He serves as the co-founder and executive producer of Scott Brothers Entertainment. He currently resides in Las Vegas, Nevada.

Both the siblings will make a comeback in season 4 as they help homeowners in finalizing their fantasy, dream residences.

What Can Property Brothers: Forever Home Season 4 Be About?

HGTV’s ‘Property Brothers: Forever Home’ is the twins’ fifth home improvement series on the channel. However, the format of this show is slightly different from its other counterparts. Here, the siblings cross their boundaries and adopt a new take on home improvement and design projects.

In this show, the duo helps in transforming the existing homes of families into their dream properties. The episodes are filmed mostly in and around the Greater Toronto Area (GTA), where the brothers take up old houses and remodel them into paradises for their owners. They handle full-scale renovations as well as demo hurdles in order to create homes that exceed all expectations.

Most families, as we know, are settled within their walls. However, with proper guidance, help, and expertise, they can make their space much better. And this is where Jonathan and Drew step in. They aid clients in customizing properties as per their specifications and needs. The properties highlighted here are not improved for the purpose of building equity or resale. They are redesigned to last for a lifetime, at least for the next 10-30 years.

The show introduces us to couples who wish to overhaul their current home. Drew takes them on a tour across freshly remodeled properties in the vicinity. The families check out features that they want in their new dwelling and cross off elements that they wish to avoid. Keeping these factors in mind, along with the specified budget, Jonathan employs state-of-the-art 3D graphics and demonstrates a look-alike model in front of the clients. He also presents two animated options, which highlight how their house can be re-imagined in different ways. On both sides, the expectations, as well as stakes, are high.

While the owners want their perfect changes, the brothers need to deliver something that surpasses the family’s presumptions. Drew expressed his views about the series on HGTV, saying, “When a family buys a house, they know when it’s the right one — the fixer-upper where they can spend all their time and grow old together. But, before they know it, years go by and the house hasn’t changed.” Jonathan further added, “Renovations cost more than they imagine, so their ‘diamond in the rough’ stays rough for years. That’s why we’re here — to help families unlock the dreams in their uninspiring houses.”

Each episode spans one hour and depicts Jonathan and Drew transforming four spaces. There are no eligibility criteria. They overhaul any house, ranging from six days or 60 years old properties. In reality, each project takes five to seven weeks from start to finish. Additionally, the renovated spaces are entirely ready to move in after they are done. Some of the elements that the brothers focus on here are designing multi-purpose spaces and creating more outdoor areas. Of course, to meet the design requirements of their clients, they need their customers to be communicative and convey exactly what they are looking for.

Season 4 will follow the same format and follow the twins as they handle several new home revamping projects.