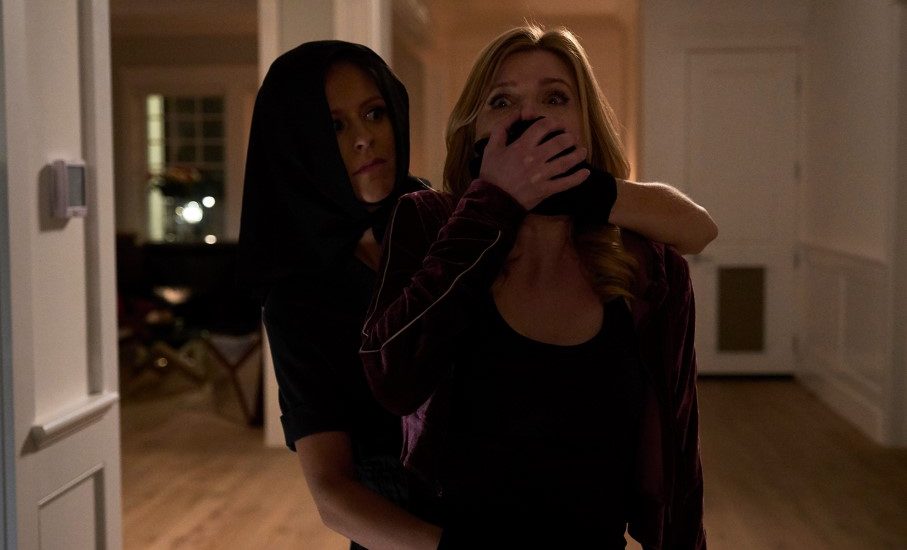 Lifetime is a network which has been constantly coming up with some great feature films over the years. Their diversity in genre is something that needs to be truly appreciated. Lifetime has never stuck to making feel-good rom-coms like Hallmark and has constantly released thrillers besides coming up with a string of Christmas movies every year.

‘Psycho Party Planner’, written and directed by Jake Helgren, is one of their films which has been raising eyebrows since it was first announced. The “psychological thriller” is never an easy genre to tackle, but by the looks of it, Helgren has really come up with something special this time.

The story of this film essentially revolves around two women. The first one is Kayla Anderson, the owner of an art gallery who is so busy with her work that she cannot give enough time to her teenage daughter Kerry. Kayla’s busy schedule does not even permit her to plan her daughter’s birthday party, the responsibility of which she gives to professional party planner Lindy Shores. Unbeknownst to Kayla, Lindy is psychologically unstable and has very recently killed her own husband. Now she is out to make Kerry her own daughter, and nothing can come in her way.

The central character of Kayla Anderson is played by Lindsey McKeon. Her other important works include the character of Taylor James in ‘One Tree Hill‘, Tessa in the series ‘Supernatural‘, and as Murphy McCall in the TV movie ‘Girlfriends Of Christmas Past’.

The character of Lindy Shores is portrayed by Katrina Begin. Her notable performances include roles in the TV shows ‘No Ordinary Family’, and ‘Boomtown’. She has also been a part of a number of TV movies over the years, including ‘Christmas Break-In’, ‘A Mother’s Greatest Fear’, ‘Second Chance Christmas’, and so on.

Cathryn Dylan plays Kayla’s daughter Kerry in the film. She has mainly made guest appearances in movies and TV shows to date, with her only feature film character being Alana in the TV movie ‘Less Than Zero’. Other important characters are played by Marco Dapper, Jud Tylor, Chasty Ballesteros, and others.

Finding the perfect filming location is essential for movies like ‘Psycho Party Planner’ which are made on tight budgets. Unlike the big Hollywood productions, producers of such TV movies can hardly afford to move their cast and crew from one country to another. Thus, these films are usually shot in indoor locations in Hollywood or in certain parts of Canada where authorities offer attractive tax incentives to film production companies.

Unfortunately, neither the producers nor any member of the cast and crew of ‘Psycho Party Planner’ has revealed any concrete information where the film was shot. However, considering the fact that Ninth House Films, the production company behind this movie, is located in Hollywood, California, we can presume that it was filmed in Hollywood as well. Moreover, most of the cast members of this film are also based out of Hollywood or Los Angeles. Here is a glimpse from the sets of ‘Psycho Party Planner’: