‘Psycho Pass‘ is often compared with ‘Death Note‘ as it usually tries to portray the blurring lines between good and evil. For the most part, ‘Psycho Pass’ is more or less of an exaggeration of today’s societal state but its representation of human morals, emotions, and psychological concepts very well come in tandem with our thinking and general outlook towards life. With reference to its Season 1, many fans of the series would agree that it is by far one of the best anime shows of the past decade and though its season 2 was a bit off a turn-off, Season 3 is now starting to take us back to its intricate characters and moralistic themes that made it great in the first place.

The animation style and quality of ‘Psycho Pass’ Season 3 is something that I won’t be discussing too often in my reviews because with just one glimpse of the anime, you can easily tell that its production value is absolutely stellar and is as perfect as it can be. From the casual conversations of the characters to the dynamic action scenes to the creative camera angles, everything has an incredible finesse that compliments the suspenseful mood of the show. With all this being pertinent in this new season, it plunges into some deep economical references and political allegories in its second episode. 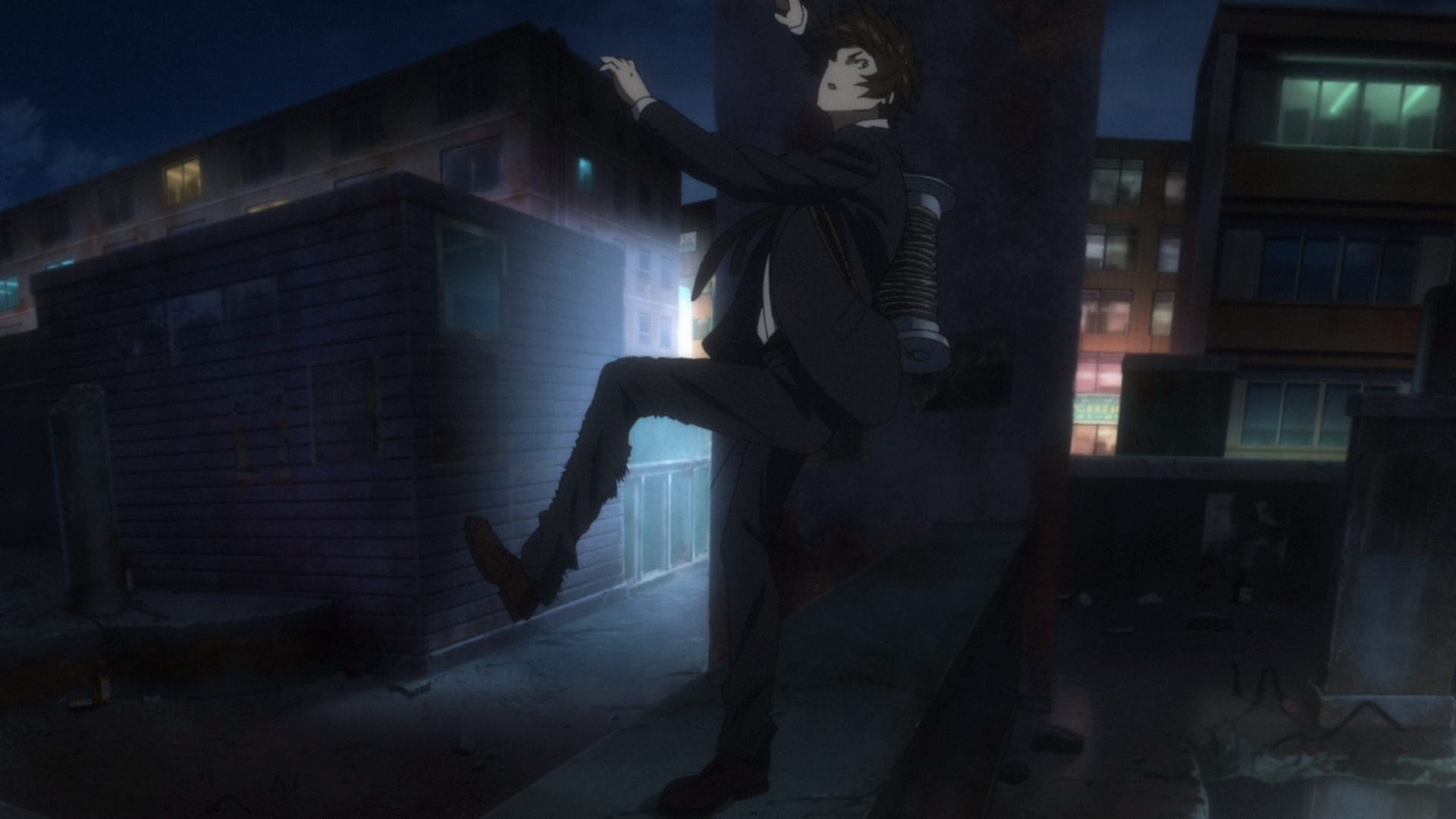 Episode 2 starts off with a scene at the headquarters with Arata and Kei figuring out that Rick’s killers have been able to keep their hue clean by only partially understanding their own intentions and not being directly responsible for any of it. Rick, who was abruptly woken up during the flight, was left with no other option but to commit suicide after his psycho pass rose up substantially. This not only got him killed but freed his murderers from the guilt, thus, keeping their psycho pass at a stable level. Yonehara and Sasagawa are clearly involved in the murder and Rick’s data is proof of that. They’re both involved in a secretive subprime lending scheme that is eventually targeted at destroying the entire economy. But since their psycho pass levels are stable, they cannot be enforced.

Arata comes with the brilliant idea of exposing Rick’s data to the world which will force audit companies to place higher transport at greater scrutiny. With this, while Sasagawa still remains calm, Yonehara starts panicking and his psycho pass easily reaches a detectable level. Arata and Kei set out to capture Yonehara who now hides under the shadow of a dangerous mafia gang. When the public safety members reach Yonehara’s location, an intense battle ensues between them and the mafia and they eventually find Yonehara dead. They later defy Mika and head out to capture Sasagawa who has been planning an escape from the city. But before he is able to do that, he is caught by Shinya Kogami and Ginoza, two members of the Ministry of Foreign Affairs.

The very next day, Arata and Kei are called out to investigate the suicide of a man named Kojo whose hue was apparently wavering during his last few moments. Using his mental trace, Arata figures out that he did not commit suicide and his death, just like Rick’s, was an outcome of a series of “plotted accidents”. Upon further investigating the man’s background, they are led up to Karina Komiya, a gubernatorial candidate. Karina reveals that Kojo used to be a psychologist who worked under her but was later fired after he started stalking her. When she leaves, Arata realizes that she’s a strong mentalist just like him and has the ability to keep her hue under control. 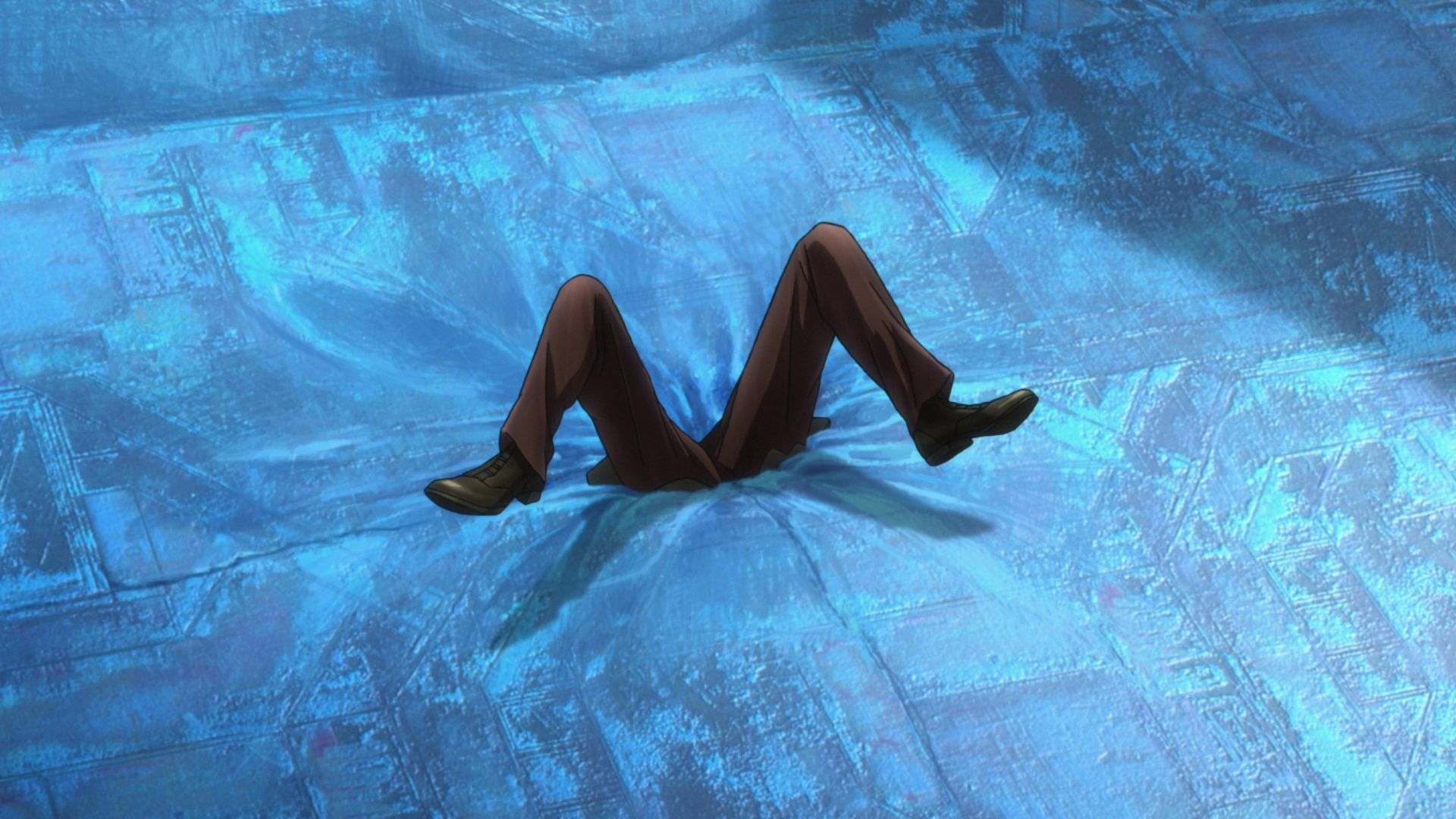 I’m pretty sure that absolutely no one expected this season to make the subprime loans and the 2008 financial crash a major plot point. Episode 2 not just initiates the idea but it takes you through an entire lesson of economics on how an anti-isolation policy is being used for staging a housing bubble and how it is eventually targeted towards crashing the entire economy where the immigrants will suffer the most.

In a way, it also creates a contrast between how the cyclic economic crashes of the real world are very different from the extreme “war-waging” crashes of the dystopian world of the anime. Though season 1 had enough political references to prepare me for this, I was still legitimately surprised when even this season took a political turn, that too, while drawing its links with a previous season.

When it comes to the characters, it’s pleasant to see that the inspectors are surpassing the enforcers as of now. Meanwhile, Arata, with his “mental trace” ability, is already overshadowing the crime-solving skills of all the previous protagonists and surprisingly, he is also exceptionally good at parkour. But the identity of the man who keeps haunting him in his dreams and even in his mentalist state still remains a mystery. I’m guessing that the identity of the masked man will probably have something to do with the origins of Arata’s powers.

Akame, again, during her brief moments of screentime, talks about a certain truth that will eventually come to light later on and even now, her judgment is still being presented as a riddle. Meanwhile, Mika is by far the most entertaining character of this season with her tsundere personality and Genoza and Kougami’s return in the series is quite refreshing. Hopefully, in the future, they will have a more significant role. All in all, this season, so far, seems perfect in every way with its plausible characterization, intense action scenes, riveting political analogies and of course, its looming suspense which revolves around RoundRobin and Bifrost. And not to mention, even though each of its episodes is 45 minutes long, they are so engrossing, time literally flies by.

The Masked Singer S03 E11: When and Where to Watch?