Puppy Bowl 16: When Are Where to Watch? 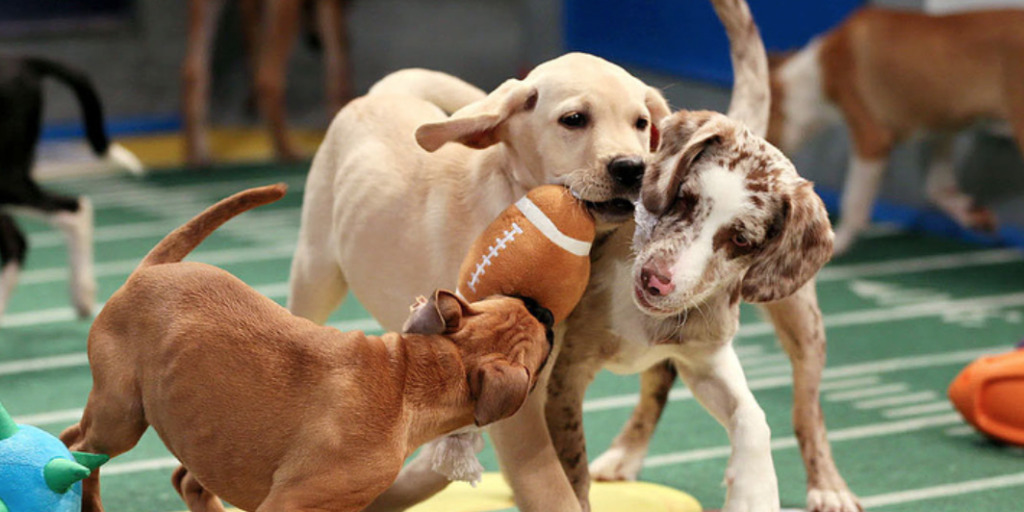 ‘Puppy Bowl’ is a competition reality show that features the most agile puppies from across the country who compete with each other by wrestling, race, fetch game to win the MVP award, short for Most Valuable Puppy award. Basically, the most adorable pup emerges as the winner.

Showrunner Simon Morris, Cindy Kain, Dawn Sinsel and Pat Dempsey are the people behind the show. The show usually airs alongside the popular NFL championship game ‘Super Bowl,’ and the first season of ‘Puppy Bowl’ premiered on February 6, 2005 and opened to favorable reviews from the critics as well as the audiences for its unconventional concept and also for encouraging adoption. Over the course of 15 seasons, the show has managed to remain among the top shows of the channel and is now considered a cultural phenomenon.

The show has served as an inspiration for other reality shows like ‘Kitten Bowl’ and ‘Fish Bowl.’ Of course. Who doesn’t want to watch endearing pups on the field?! Now the question arises: when will ‘Puppy Bowl’ 16 release and where can you watch it. We are here to answer all your questions. Read on.

What is Puppy Bowl About?

‘Puppy Bowl’ is an annual championship featuring energetic and adorable puppies who go nose-to-nose to win the title of the Most Valuable puppy. The one with the highest votes, wins the competition and is given the trophy. The event doesn’t feature a live audience but a canned cheering is used for effect. A referee is assigned to keep a check on the actions on the field and also illustrate the on-field behavior of the players.

There is no rule book for the allotment of points but the pups receive a point for every touchdown and a penalty, every time they relive themselves on the field. The other penalties include taking a nap on the field, playing with the water bowl, threatening the referee, unnecessary howling, blocking rival puppy, and lazily lying on the floor instead of participating. The referee declares a timeout, whenever the puppies display violent behavior or the water bowl requires to be filled. In rare cases, puppies engage in sexual activities but that is cut chopped off while editing. One of the most interesting part of the show is the brilliant use of dog-puns.

The primary focus of the show is to find homes for the rescue puppies. And the good thing is, that all the animals on the show already go through adoption, ahead of its premiere.

Scott Graham is reprising the role of a narrator for the 16th season of the show. The sportscaster and presenter is known for narrating WWE’s ‘Rivalries’ ‘Saturday Night Football,’ and for providing a play-by-play commentary for the ‘Philadelphia Phillies’ team.

While, Rachel Lynn Jackson is the field reporter, who gives a detailed report of the activities of the furry players.

The winner of ‘Puppy Bowl’ season 15 is a Lab/Chow Chow Mix, Bumble, from Team Ruff.

The contestants of ‘Puppy Bowl’ 16 are as follows –

Check out the paw-tastic sneak-peek for ‘Puppy Bowl’ 16, before the epic game!