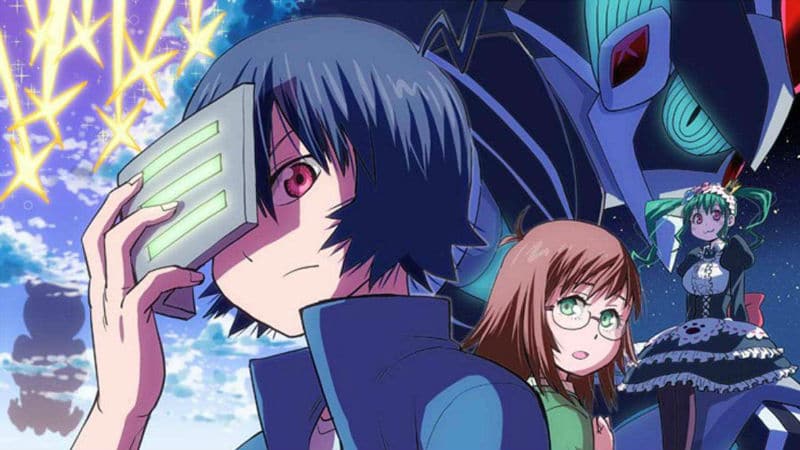 Planet With (also known as Puranetto Wizu in Japanese) is a mecha anime television series which is based on a manga series of the same name and is part of a multimedia franchise. Written and illustrated by Satoshi Mizukami, the manga series began serialization in the Young King OURs monthly seinen manga magazine on April 28, 2018 and new chapters are still being published.

A few months after the manga series began serialization, famed Japanese anime studio J.C.Staff adapted the manga series into an anime television series, and Season 1 of Planet With premiered on July 8, 2018. It was well rated and was deemed to be a success by fans of the manga series and new viewers alike. Since then, fans have been waiting to hear news on a second season. Here’s everything we know about the prospects of Season 2 thus far.

Planet With Season 2 Release Date: When will it premiere?

Planet With season 1, consisting of 12 episodes, premiered on July 8, 2018 and ran till September 23 of the same year. However, in spite of the show’s popularity, a second season has not been announced yet.

That being said, there’s no reason to get worried just yet if you’re looking forward to a second season of the show. There’s still plenty of time left for J.C.Staff to announce a renewal. Further, there are other factors which are in favour of a second season getting made. Firstly, since new chapters of the manga series are still being published, there’s no dearth of source material for a second season. Secondly, Planet With is considered to be one of the best mecha anime shows to have emerged in recent times.

Thirdly, the Planet With franchise is a very recent creation and it is unlikely that J.C.Staff will stop with just one season. Considering these facts, we think Planet With has a pretty good chance of being renewed for a second season. However, the anime industry is an unpredictable one and it’s impossible to say for certain what fate awaits the show till J.C.Staff makes an official announcement on its future. We’re keeping our ears open for news on Planet With season 2 release date and we’ll update this section as soon as we hear something reliable.

For those who like watching anime shows in English, the bad news is that Planet With does not have an English dub yet, despite repeated requests by many fans. However, this does not rule out the possibility of an English dub being made in the future, especially if the show’s popularity grows in the West. For now, if you want to watch the show, you’ll have to watch the original Japanese version. You can find episodes with English subtitles on Crunchyroll.

The plot of Planet With is a pretty interesting one and follows a young boy named Souya Kuroi, who seems to have no memory of his past except for a strange nightmare. Having no memory, Souya is forced to live with two bizarre guardians – a cat-like creature named Sensei and a happy maid named Ginko – in Saromisaka City.

However, Souya’s life takes a dramatic and bizarre turn when a teddy bear-shaped UFO is spotted in the skies above Saromisaka City. When conventional human weapons prove to be futile against the UFO, another bizarre thing happens – seven people from the city transform into never-before-seen weapons and destroy the UFO. Subsequently, Souya finds himself pressed into battle, not against aliens, but against the seven guardians of the city as he becomes an unwitting pawn in an interstellar war.

Although Planet With does not have a very long list of characters, there are three main characters in the show. Below, we’ve provided you with brief backgrounds on each of them.

Souya Kuroi: The main protagonist of the show, Souya is a high school-aged boy with severe amnesia who cannot remember anything about his life except for a strange dream. Souya’s life takes an even stranger turn when a teddy-bear shaped UFO appears over the city he lives in and seven people transform into super weapons and destroy it. Over the course of the show, Souya starts to regain some of his memories and he realizes that he is not from Earth, but is the sole survivor of the planet Sirius, which was destroyed by the seven “heroes” which destroy the UFO. Determined to avenge the destruction of his planet, Souya thus goes to war with the seven.

Ginko Kuroi: Another main character in the show, Ginko is a happy maid who lives with Souya and Sensei. After Sirius gets destroyed, Ginko rescues Souya and adopts him. It is later revealed that she is the Princess of the planet Riel and was rescued by Sensei when she was attacked by soldiers from Sirius. In spite of her experience, however, she decides to adopt Souya when his planet gets destroyed. As far as Ginko’s powers are concerned, she has a wide variety of psychic powers.

Sensei: The final main character in the show, Sensei is a purple cat-like creature who lives with Souya and Ginko. He speaks in meaows which is translated by Ginko. Later in the show, it is revealed that Sensei is also an extraterrestrial and was the leader of the Pacifist Faction of the Nebulans who tried to save Sirius before it was destroyed. Sensei is also rather unique insofar that he can transform himself into a mech which Souya pilots after being swallowed by him. Additionally, Sensei also has a spaceship which looks exactly like him, but on a massive scale. Interestingly, Sensei also has another name – Rashaverak – which appears to be a reference to one of the overlords from Arthur C. Clarke’s 1953 science fiction novel, Childhood’s End.