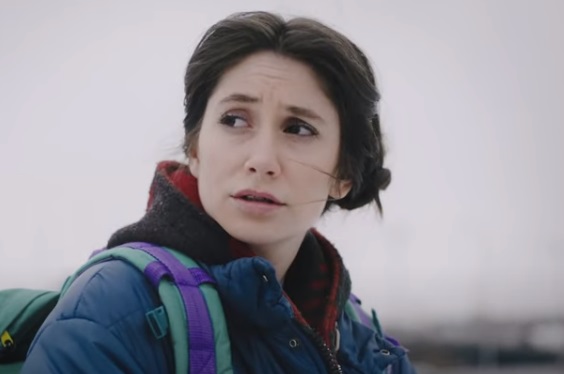 ‘Pure’ is a British comedy-drama that originally aired on Channel 4 in January 2019. It was later picked up by HBO Max to air for its American audience. Based on the book of the same name by Rose Cartwright, ‘Pure’ revolves around the life of 24-year-old Marnie who is plagued by disturbing sexual thoughts. In fact, Marnie suffers from ‘Pure O’, a type of OCD, which compels a person to experience obsessive, unwanted thoughts.

Written by Kirstie Swain and starring Charly Clive, Joe Cole, Kiran Sonia Sawar, Niamh Algar, and Anthony Welsh, season 1 of ‘Pure’ managed to earn a positive reception from audiences and critics alike. Fans praised it for its humour and an open treatment of mental health issues and sexuality. Described as ‘a masterly comedy’ that frankly approaches sex and mental issues, ‘Pure’ does away with the stigma surrounding these sensitive topics. In fact, reviewers had gone on to rank it as one of 2019’s standout shows.

Diving deep into the complications of compulsion, shame, and the struggle to understand one’s true self, the first iteration of ‘Pure’, however, seems close-ended. So, does this mean the brilliant series has already reached its end? Well, let’s find out.

‘Pure’ season 1 premiered on August 27, 2020, on HBO Max. Prior to its US release, the first season aired in the UK on Channel 4 on January 30, 2019. It consisted of six episodes. Season 1 sees the protagonist Marnie struggling with recurring intrusive thoughts — so much that she has a mental breakdown when delivering a speech at a party. So, without thinking much, she packs her bags and reaches London. This is where she discovers that she is not alone.

Lending an honest portrayal of a young woman battling with OCD, ‘Pure’ season 1 does not end on a cliffhanger. When asked about a potential second edition, writer Kirstie Swain had stated that she was all ready for the story to go on. She further added that while season 1 establishes its various characters, season 2 can delve deeper into the lives of Marnie and the new people she befriends in London.

However, although Swain was on board for season 2, Channel 4 confirmed in February 2020 that ‘Pure’ will not be returning with a new iteration. The decision is surprising, considering the fact that the inaugural installment opened to such good reviews. The creators have not released an official reason for axing the show either. They just mentioned that the entire team is incredibly proud of launching such a ground-breaking series that highlights a less-known, sensitive topic. So, yes, unfortunately, ‘Pure’ season 2 officially stands canceled. Following its US premiere, if there are any changes in the plans of the makers, regarding season 2, we will immediately update this section.