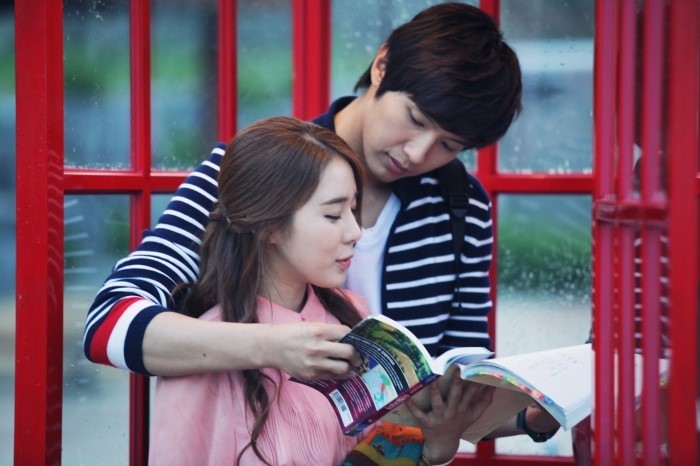 ‘Queen In-Hyun’s Man’ is a South Korean television series written by Song Jae-Jung and directed by Kim Byung-Soo. It tells the story of struggling actress Choi Hee-Jin, who falls in love with Kim Bung-Do, a time-traveling scholar.

Season 1 of the show was well-liked all around, which must have fans wondering about the status of ‘Queen In-Hyun’s Man’ Season 2. We are here to delve into that, but first, let us quickly go over the show’s details.

Queen In-Hyun’s Man Cast: Who is in it?

Ji Hyun-Woo stars as Kim Bung-Do. Ji is a South Korean musician and is most popularly known as the lead guitarist of the Korean rock band The Nuts. He has played roles in many other Korean television dramas like ‘Invincible Lee Pyung-Kang’ (2009), ‘Bad Thief, Good Thief’ (2017) and ‘Love in Sadness’ (2019). Yoo In-Na stars as struggling actress, Choi Hee-Jin. Yoo rose to fame with her roles in ‘High Kick! Through the Roof’ (2009), ‘Secret Garden’ (2010) and ‘Touch Your Heart’ (2019).

Queen In-Hyun’s Man Plot: What is it about?

‘Queen In-Hyun’s Man’ begins in the year 1694 as we are introduced to Kim Bung-Do, a nobleman and scholar from the Joseon dynasty. Bung-Do is an ambitious, loyal and skilled warrior. He supports the protection and reinstatement of Queen In-Hyun, who is thrown off the throne maliciously by dirty politics. He also seeks to get even with the people who massacred his entire family, leaving him as the sole survivor.

Bung-Do has lived a hard life full of sacrifices and has seen a loss. A childhood friend gives Bung-Do a protection charm that he can use to protect himself. Bung-Do doesn’t think much of it until one day, in a near-death situation Bung-Do is transported 300 years into the future to the year 2012.

The story then moves to the year 2012 and shifts its focus to Choi Hee-Jin, a struggling young actress trying to make it big. Hee-Jin is a carefree, fun-loving and cheerful person who dreams of one day becoming a star. Finally, after a lot of struggle, she is cast as Queen In-Hyun in a television drama. She believes this role could be her big break that she has been waiting for.

Meanwhile, as she is cast for this role, she keeps running into Bung-Do. For Hee-Jin, Bung-Do is a strange man who wears weird clothes and speaks in formal Korean. His strange traits fascinate Hee-Jin as they start to spend more time together. They eventually grow closer and develop feelings for each other. Their relationship, however, is challenging, as Bung-Do continues to live two parallel lives, constantly shifting in time.

The show is exceptional when it comes to the portrayal of how the two worlds are blended together. At one moment we are taken to the Joseon era, with warriors and assassins on the prowl. There is constant darkness and tension as Bung-Do deciphers dirty political schemes and stops assassination attempts. At other times, Bung-Do is adapting to life in the modern world. In fact, he is loving it. He is in love with Hee-Jin and their chemistry is a joy to watch.

With Hee-Jin, Bung-Do, who is full of revenge and a trained warrior, realizes how there is more to life. We get to see the kind and considerate side behind a normally rigid exterior. As the story progresses their feelings for each other intensify as we get to see Bung-Do ready to do whatever it takes, to be with Hee-Jin.

Queen In-Hyun’s Man Season 2 Release Date: When will it premiere?

After the last episode was broadcast, the production team held a fan meet in which the lead couple Ji Hyun-Woo and Yoo In-Na publicly declared that they were in a relationship. The series received an IMDb rating of 8 out of 10 and has been critically acclaimed since. The storyline was neatly tied up as Bung-Do and Hee-Jin got the happy ending that they deserved.

There is no official news of another season and it seems to be unlikely. However, if it does get made, ‘Queen In-Hyun’s Man’ Season 2 is likely to get a release date in late 2021, or 2022. We will keep this section updated with more news as and when it drops.

Here’s the trailer of ‘Queen In-Hyun’s Man’ that will give you a better idea of the series.