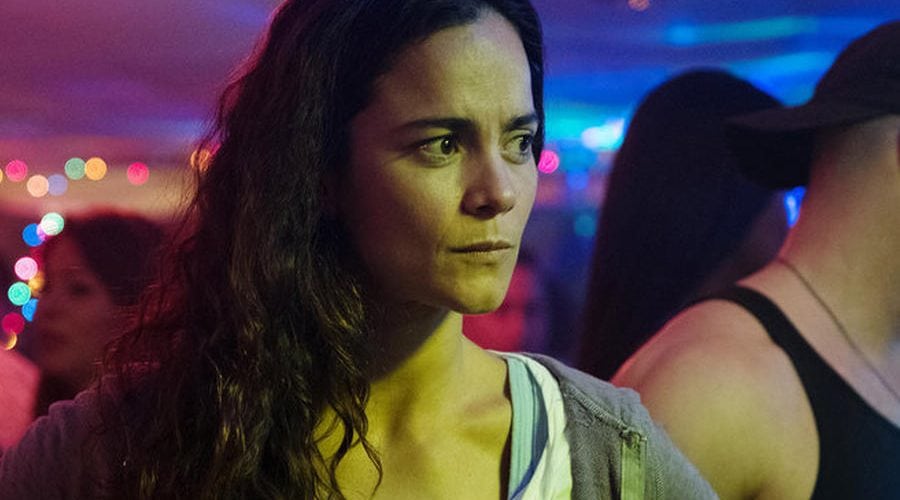 ‘Queen of the South’ is a crime drama thriller based on the best-selling book ‘La Reina del Sur’ by Arturo Perez-Reverte. The novel was first made into a telenovela of the same name before an English version was made, which airs on the USA Network and first premiered on June 23, 2016. It has been created by M.A. Fortin and Joshua John Miller. The show tells the story of Teresa Mendoza, a woman who is forced to run from the Mexican cartel and seek refuge in America.

Shows on the drug trade has become increasingly popular since Netflix aired ‘Narcos‘ back in 2015. Since then, people have expressed an interest in knowing all aspects of the trade, from the big producers or kingpins to the wily distributors, right down to the street level dealers who flood society with whatever drug that seems to be in demand. However, one aspect that is often overlooked in this business is the role of women. Naturally, in male-dominated line of work, women might not always be at the center of things. However, they often play important roles in the lives of the cartel members and have often been the cause of their downfall as well. ‘Queen of the South’ also focuses on the women impacted by the drug trade and how they fight for themselves or carve a niche in the drug world. Naturally, it has gained immense popularity among viewers, and critics too have praised it saying, “Queen of the South enlivens an overdone premise with action and narrative vigor—and shows hints of intriguing potential.”

Variety sums up the show well, saying, ” ‘Queen of the South’ is more interested in being torrid and splashy than it is in offering the narrative gymnastics of a “Mr. Robot” or the ripped-from-the-headlines verisimilitude of “Narcos.” Rather, winning at the narcotics game seems to be enough for both the show and its heroine.”

Queen of the South Cast: Who is in it?

The cast of ‘Queen of the South’ is led by Alice Braga of ‘City of God‘ fame, who plays the role of Teresa Mendoza, a poor woman from Sinaloa, Mexico, who eventually becomes a wealthy woman by building an immense drug empire.

Veronica Falcon is seen as Doña Camila Vargas, the estranged wife of Don Epifañio. She is the head of the Vargas Cartel’s North American branch in Dallas, Texas. Justina Machado of ‘Six Feet Under‘ and ‘Jane the Virgin‘ fame, plays the role of Brenda Parra, Teresa’s best friend.

Peter Gadiot is seen as James Valdez, the right-hand man of Vargas. Hemky Madera appears as Pote Galvez. He used to be a lieutenant in the Vargas cartel, but works closely with Mendoza, considering her to be something of a family. Another notable character in the show has been Joaquim de Almeida, who is famous for his roles in ‘Behind Enemy Lines‘, ‘Fast Five‘ and ‘Desperado‘. He plays the role of Don Epifañio Vargas, Camila’s husband and the head of the Vargas cartel, which is the equivalent of the Sinaloan cartel. Like any good gangster, his aim is to try and go legitimate and enter the world of politics.

Queen of the South Plot: What is it about?

‘Queen of the South’ follows Teresa, who flees her native country after her boyfriend who is a drug runner, is murdered. She settles in Dallas with the aim of becoming the reigning drug smuggler in the country, while also making plans to avenge her lover. Right from the start, we are introduced to a lot of explosions and violence as Teresa is hurled into the macho world of cocaine trading. The show manages to capture the spirit of showing Teresa’s marginalization and the risks and rewards of the lawless life she is leading. There is always a hint of reality in the show, and this is because it is based on some of the deadly ‘queenpins’ of Mexico’s drug trade.

Over the seasons, we are treated to the sometimes slow and excruciating metamorphosis of Teresa, from a street urchin to someone powerful and not to be trifled with. One of the finer sequences in the show comes when Teresa has not made a power grab yet, but tangles with a couple of men who try to rape her. The way she handles the situation lets us know that this is a woman who is in charge, and it only gets better from thereon, as she dominates a world of guns, drugs, and violence looking immaculate, and conducting herself with cold precision.

Season 4 ends with Teresa trying to solidify a new business deal to take down an enemy, but a visitor arrives unexpectedly. Season 5 will pick up from where season ends and will continue to follow Teresa and her journey to the top of cartel chain.

Queen of the South Season 5 Release Date: When is it coming out?

‘Queen of the South’ Season 4 premiered on June 6, 2019 and came to an end on August 29, 2019. As far as next season is concerned, we have good news for the fans. On the day of season 4 finale, USA Network renewed the show for a fifth season. Considering the popularity of the series, and the genre itself, the decision was on expected lines. Even though no release date was revealed, you can expect ‘Queen of the South’ Season 5 to release sometime in June 2020. However, do stay tuned for an official update on the release date.

Queen of the South Trailer:

While we wait for ‘Queen of the South’ Season 5, check out the trailer for Season 4. If you have not seen the series and enjoy crime thrillers, this is the show for you.