Queen of the South Filming Locations 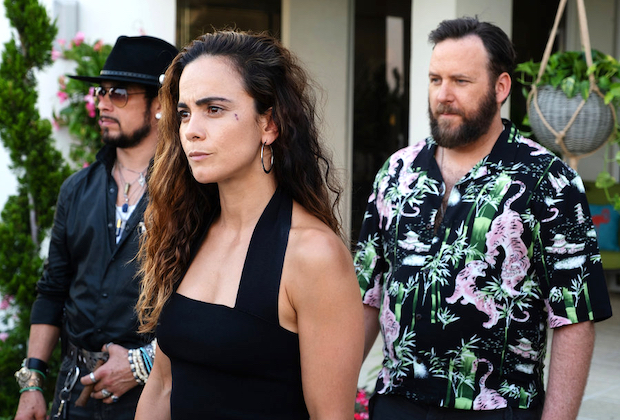 If you love watching shows that follow the stories of drug kingpins, then ‘Queen of the South’ is just the one for you. The show turns the genre on its heels by putting a female character at the centre. It tells the story of a woman named Teresa Mendoza. She enters the world of drug trafficking after falling in love with a man who is high up the ladder of the Mexican drug business. However, his murder creates chaos in her life, and she uses it to her end by changing the rules of the business.

Creating an empire is no easy business. While it brings power, it also creates a lot of trouble, and Teresa witnesses this first hand. Her story begins in Mexico, but as the plot progresses, we find her running from one part of the world to another. To capture her story, the production of ‘Queen of the South’ had to jump from one place to another as well. Here are all the places where the show was filmed.

Where Was Queen of the South Filmed?

The pilot episode of ‘Queen of the South’ was filmed in Mexico City. However, after the series received the season order, production shifted to America. New Orleans and Dallas became the primary filming locations for the show.

The quest to expand her drug empire takes Teresa to New Orleans in the fourth season of the show. The series used several locations throughout the city. The French Quarter became the focal point of the shooting and the crew was spotted filming in several areas like Pirate’s Alley, Cabildo Alley and the Presbytere. Some scenes were also filmed in the St. Louis Cathedral. The 400 block of Tupelo Street in the Lower Ninth Ward also features in a gunfight scene.

Additional scenes were also filmed at Warehouse District, Bywater, Garden District and the Marigny. The interior and exterior of the Roosevelt Hotel also feature in some episodes. Apart from these locations, the production used the Starlight Studios in New Orleans East to construct the sets for the show.

“Queen of the South” is filming in our little corner of the Quarter. #NOLA pic.twitter.com/b0LUPsgUtJ

After Teresa runs away from Mexico, she settles down in Texas, which is where the first couple of seasons of ‘Queen of the South’ are set. The South Side Studios was used to film the scenes that had customized sets built for the show. The production also employed several locations in various cities to build Teresa’s world. The cities of Dallas, Waxahachie, and Lancaster feature in the show. The Lizard Lounge in Dallas serves as the exterior for Club Camilla.

On set in the bullpen for this week's #FilmTexasTuesday in #LaGloria! 🎥 Crew from #QueenOfTheSouth visited the southern Texas town before returning to Dallas for filming Season 3. #FilmTexas pic.twitter.com/0w1LbSsQgt

In the third season, we find Teresa running for her life. She spends some time hiding in Malta and regaining her strength. For this, the production set camp in Malta for some duration. Places like Fort St Elmo and Port of Valletta feature in the series. The story arc requires Teresa to get back the money she has lost if she wants to get back on her feet. This leads her to commit a robbery in Bank Internazzjonali ta’ Malta. To film these scenes, The Mediterranean Conference Centre in Valletta was used.