Where is Noah Hepler Now?

‘Queer Eye’ is a reality series that follows five experts Jonathan Van Ness, Tan France, Bobby Berk, Antoni Porowski, and Karamo Brown as they transform the inner and the outer personalities of people across the globe. The fifth season takes the Fab Five to Philadelphia, where they work towards injecting self-love and esteem into the beings of a bunch of individuals who are struggling with their lives. One of the heroes of season 5 is Pastor Noah Hepler. The Pastor has become a favorite among the fans of the show with his humble personality. In case you’re wondering about his status after the show, we have got you covered.

The 44-year-old Pastor is the subject of the episode ‘Preaching Out Loud,’ which is the first episode of Season 5. Noah spent half of his life in Winston-Salem, North Carolina, in a stifling conservative Baptist household. Growing up in a religious background, Noah wasn’t allowed to dance, have many friends, or even listen to secular music. 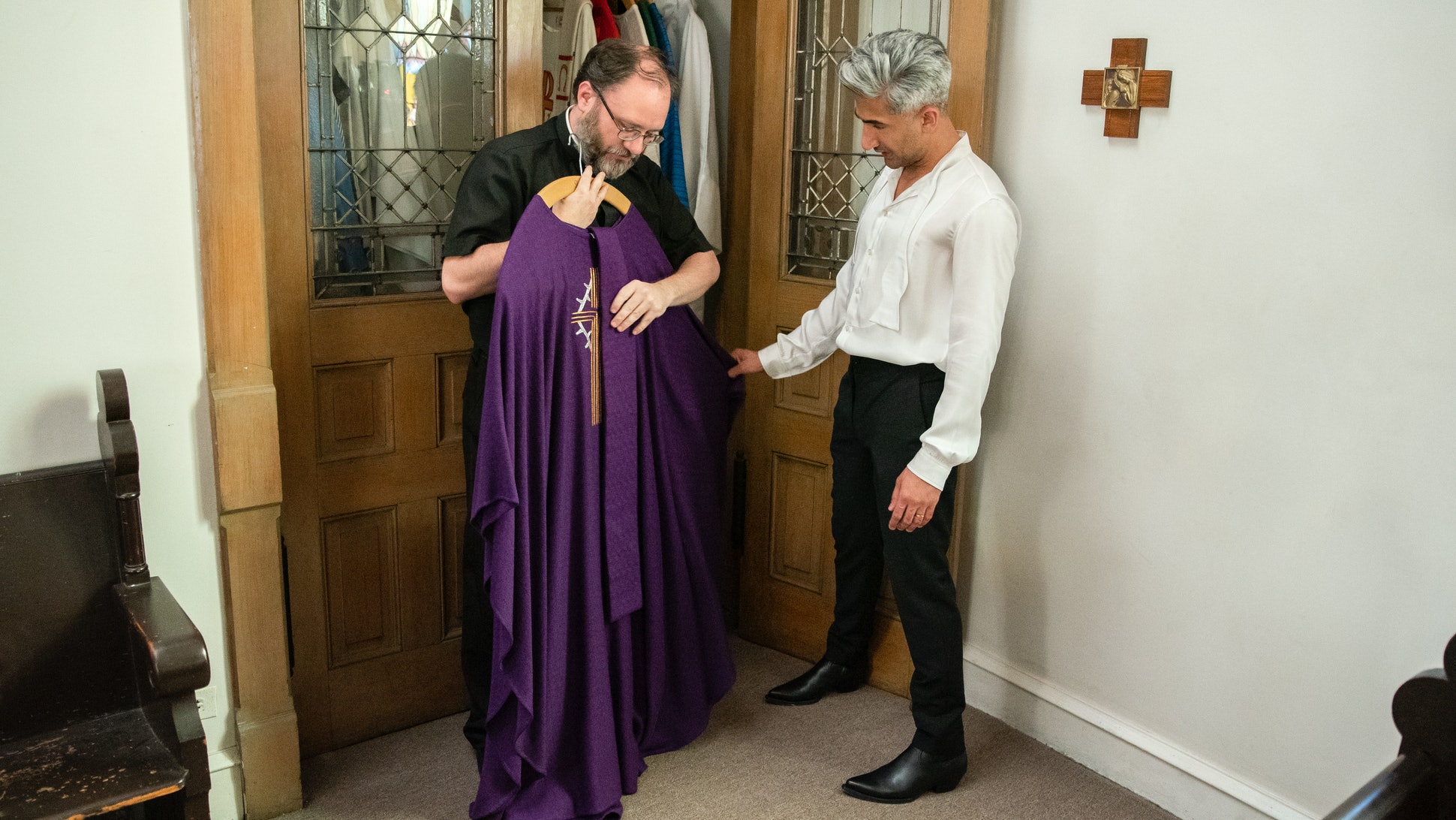 He joined the theological seminary when he was 19-years-old. Noah has been struggling with his sexual identity from a very early age. He even told the Fab Five, “I was taught that queer people were wrong and probably going to hell.” When he was in his 30s, Noah mustered the courage and came out to his wife after six years of marriage. This led to a divorce, and Noah chose to turn on a new leaf by moving to the Fishtown neighborhood in Philadelphia in 2009. Even after moving to Philly, Noah has grappled with living as an openly gay theologian. He officially began serving at the Evangelical Lutheran Church of the Atonement in 2015.

Streaming right now, the Netflix series Queer Eye dedicates an episode to Proclaim member Pastor Noah Hepler; also featured are Bishop Guy Erwin and Rev. Dr. Megan Rohrer (many more Proclaim members will make cameos in the episode)! While this is exciting to highlight a Proclaimer’s story with millions from across the world watching & learning, we know LGBTQIA+ ministry leaders often have a difficult & tender faith journey to become (and then be) a ministry leader in the Evangelical Lutheran Church in America. For this reason (with the great idea & help from Proclaim member Elle Dowd, and in partnership with ReconcilingWorks) we have created a “Discussion Guide”. The guide is for you, your family, and your congregation if you would like to engage further with the QueerEye episode and discuss the important topics relevant to our church body. Please share this guide within your communities & happy viewing! ❤️ https://bit.ly/QueerEyeGuide

On the show, Noah explained that although everybody loves him in his community, the kind-hearted Pastor has faced self-esteem issues because of the constant judgments that get passed at him for being a gay Pastor. The Fab Five helped him gain his confidence back by weaving their magic from all directions. JVN gave him a haircut that he refers to as a “CGI trick.” In his time with Karamo, Noah met several gay members of the clergy, which he claimed to be a life-changing experience. Noah also garnered appreciation for the heartfelt speech he gave to a diverse crowd at the church’s 125th anniversary. Towards the end of the episode, we saw an out and proud Pastor Noah ready to explore the newfound confidence and also step into the dating scene.

Where is Noah Hepler Now?

It looks like Pastor Noah is a completely changed person now. He is still the warm-hearted and humble Pastor of “the quirkiest church in Fishtown,” but he much more confident now.

Pericope is an important Bible Study that helps me stay connected and an effective pastor for my community.

After the show, Noah has worked on his confidence and is focusing on bettering himself and the church in every way he can. Along with the people of the church, Noah has been renovating the community space and other houses to bring a renewed sense of hospitality to the building. Adapting to the global pandemic, Noah usually chills at his place with his furry babies.

Someone wants me to nap a little longer.

He advocates to liberate the oppressed people of the community and is not ashamed to voice his opinions on social media.

Black Lives MatterSt. Paul writes, " If one member suffers, all suffer together with it; if one member is honored, all…

He is also gathering knowledge about “systemic racism” in the church and plans to address that in his teachings.

In some Christian traditions, St. Joseph is commemorated today as Worker.Dear worker (essential, laid off, working…