Are Rachel and Jon from ’90 Day Fiance’ Still Together? 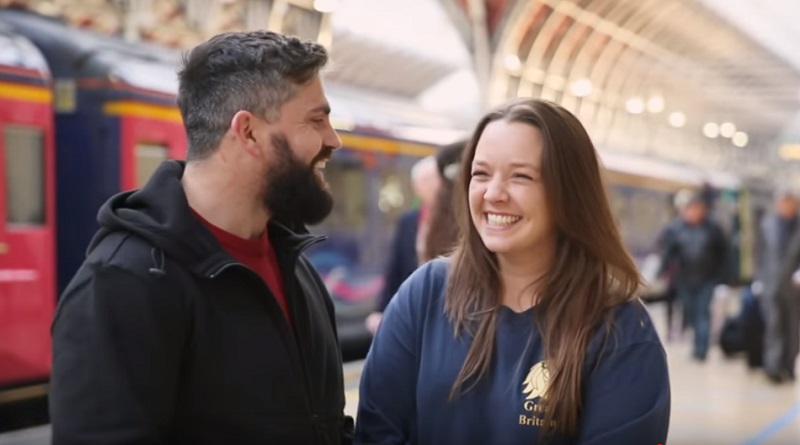 Rachel Bear and Jon Walters first became known to us on the second season of ’90 Day Fiance: Before the 90 Days’, a spin-off of the TLC original ‘90 Day Fiance‘. This series revolves around international couples who have built a relationship online but are yet to meet each other.

Rachel from Albuquerque, New Mexico, met Jon from England for the first time singing karaoke on an app. After the two connected, they established a romantic relationship with each other with the help of phone calls and video calls. Rachel was pregnant when she and Jon first connected, but Jon didn’t mind and couldn’t wait to be a part of the child’s life in the future. During their appearance on ’90 Day Fiance: Before the 90 Days’, we saw Jon meet Rachel and her daughter for the first time and them deciding to continue with their relationship. If you’re wondering where the couple is now or if they’re still together, read on and find out.

Are Rachel and Jon still Together?

Yes, Rachel and Jon are still happily in a relationship with each other. In fact, after the show ended, the couple reunited and tied the knot on May 31, 2018, in the U.K. After they got married, Rachel even officially changed her name to Rachel Walters.

@jonjwalters ❤️ I married a man who will defend his family until he's blue in the face, and at the same time, turn to me with the most gentle touch. He doesn't stand for disrespect for the ones he loves and he's the most caring and gentle person I've ever met, for those who deserve it. Perfect combo 😍 Please follow my husband to see the hilarious things he posts and to follow our journey with the both of us. (Photography by @youandyoursfilms)

Though the couple is now married, Rachel and Jon are still living in different parts of the world. Due to Jon’s criminal past of numerous assault charges and five convictions, it was hard for him to get a K-1 visa to enter the U.S., so they are still doing the long-distance relationship.

The couple has been trying to get a K-3 visa, a non-immigrant spousal visa that would help Jon move to the U.S. and obtain permanent residency. Since this visa application costs 11,000 dollars, it took them a while to save up the money, but in December 2019, they were finally able to turn in their application. That is not to say that the couple doesn’t catch up with each other now and again. Rachel tries to visit Jon as much as she can while making sure that she doesn’t overstay her travel to avoid any complications for the future.

Trips to England never seem to last long enough. However, I know to enjoy every single moment. I love you so much, @jonjwalters and I'll miss you every second I'm away. Every day is another day closer to being together again. I love you 💔 #tripover #england #90dayfiance #beforethe90days #untilnexttime #illmissyou #iloveyou #onedayoneway #ldrmarriage #ldrsucks #smulecouple

The couple upload really adorable pictures of themselves, video calling each other while they are away from each other and keep us updated on everything that is happening in their lives. They have even made a separate Instagram account just for posts and updates about their relationship. You can check out a couple of them below:

Happy Valentines to us. One day we’ll have our first valentine date together #longdistancerelationship

Apart from this, in December of 2019, Jon uploaded a very heartwarming post on his Instagram account to mark the second anniversary of the day when he first met Rachel in person. This post included a sweet message from him to his wife: “2 years ago today i met my future wife and daughter underneath the clock in Paddington station. @rachelwalters01 thank you for believing in me and seeing the man, husband and father could become. When I said “I’ve always loved you” I meant it and I always will, you’re the best part of my day- one day the ticket will be one way.”

2 years ago today i met my future wife and daughter underneath the clock in Paddington station. @rachelwalters01 thank you for believing in me and seeing the man, husband and father could become. When I said “I’ve always loved you” I meant it and I always will, you’re the best part of my day- one day the ticket will be one way . I’d also like to thank all our amazing followers who saw us and the love we have and supported and defended my family whenever they saw us unfairly attacked. You have all been amazing and although we don’t reply to every comment or message we sincerely do appreciate everything you’ve done to show your support

Rachel and Jon also created a YouTube account to document their journey together as they try to make their marriage work while being 5000 miles away from each other most of the time. Apart from that, you can also catch up with them on TLC’s ’90 Day Fiance: What Now.”

Where are Rachel and Jon Now?

With Rachel being in the U.S and Jon in the U.K., the couple is currently playing the waiting game as they hope for a positive response from the immigration offices. They hope that one day soon their plane ticket is just a one-way ticket so that they can properly start their life together.

Read More: Are Cameron and Lauren Still Together?