What is Rachel Dolezal’s Net Worth? 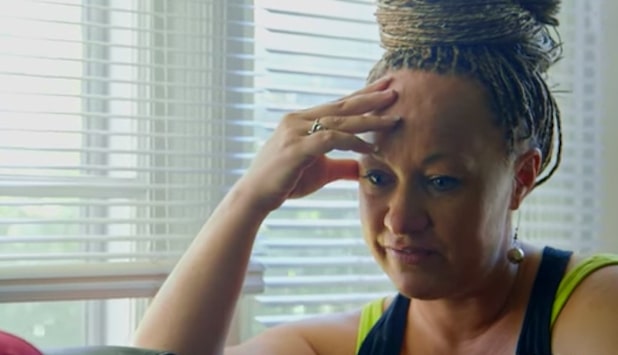 Rachel Anne Dolezal, also known as Nkechi Amare Diallo, is a civil rights activist, former college instructor, and former President of the National Association for the Advancement of Colored People (NAACP). Born on November 12, 1977, in Montana, Rachel is probably most known for identifying and passing as a black woman while having caucasian parents and no verifiable African ancestry. Intrigued and interested to know more about her career and net worth? Keep on reading!

How Did Rachel Dolezal Earn Her Money?

Rachel, the Belhaven University and Howard University graduate, created a fountain sculpture titled Triumph of the Human Spirit, which was a column piece that portrayed sad figures at its base and celebratory figures further up, near the top. This artwork of hers was installed in downtown Spokane, Washington, in June 2005 and was later auctioned off for funds for the Human Rights Education Institute.

Two years after this, in 2007, while Rachel was working as an art teacher at School Indigo in Idaho, she collaborated with her students to build five different artworks for the Rights of the Child exhibit in the Human Rights Education Institute. Throughout her career, she has even created and sold different paintings.

From 2008 to 2010, Rachel worked as an education director of the Human Rights Institute in Coeur d’Alene, Idaho. Following this, she began working at NAACP and was elected President of the Spokane chapter in 2014. But, she had to step down from her position in this civil rights organization the next year after her racial identity became public knowledge and caused controversy.

Rachel had even applied and obtained the position of Chair of the Police Ombudsman Commission in Spokane in May 2014. As she had mentioned that she was black on her application, in 2015, an investigation was conducted to find out the truthfulness behind it. After the investigation concluded that she had acted improperly, violated government rules, and abused her power and authority, she was unanimously voted out from her position.

Since 2010, Rachel had also been working at the Eastern Washington University as an instructor in Africana studies on a quarter to quarter basis. When the news of her racial identity broke out, she was let go, and the University had to further clarify that even though she claimed to be a professor, she wasn’t one.

Rachel has also earned her money as a writer. Not only was she a frequent contributor to The Inlander, a weekly newspaper in Spokane, Washington, but she has also written and published a memoir. The book, titled In Full Color: Finding My Place in a Black and White World, was published in March 2017, and put a lot of emphasis on how Rachel came to identify as “black.”

In 2018, Netflix aired a documentary entitled ‘The Rachel Divide,’ which focused on Rachel’s life and her racial identity controversy.

In 2017, Rachel was receiving food stamps and claiming that she was on the verge of homelessness because she couldn’t find a job, and her monthly income was less than $500. Following this, she was charged with welfare fraud and second-degree perjury by the State of Washington as it was revealed that she had been earning tens of thousands of dollars but had left it unreported. Rachel agreed to repay her government assistance benefits and complete 120 hours of community service to avoid a trial, which could lead to up to 15 years in prison for her if she was found guilty.

Since Rachel found success as an activist and teacher but was then faced with a massive controversy, her career trajectory has gone down. But the moderate success of her book and Netflix documentary has put her back on the map. It is estimated that her net worth as of 2020 is close to $500,000.