Where is Warren Jeffs’ Daughter Now? 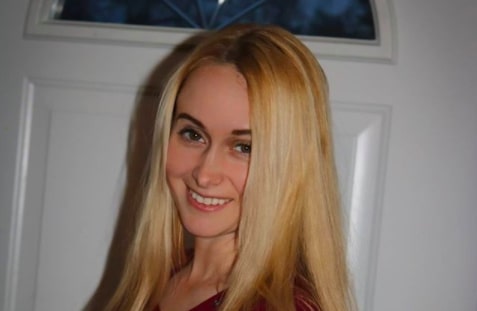 Warren Jeffs, the famous leader of the Fundamentalist Church of Jesus Christ of Latter-Day Saints, created quite the ripples in media when his ‘spiritual sexual practices’ saw the light of the day. He was sentenced to life in prison and is still believed to head the FLDS group from behind bars through his ardent followers. As the years following his arrest saw more members, along with his former wives take center stage to explain the sexual and mental oppression they have been through, another person who stepped in to share her bit of it was Rachel Jeffs, Warren Jeffs’ daughter.

Rachel Jeffs’ broke away from the FLDS church in 2015. And hence, she has moved on from her former faith to make something different out of her life. In 2017, her book titled, ‘Breaking Free: How I Escaped Polygamy, the FLDS Cult, and My Father, Warren Jeffs’ gave a true insight to many who watched the lives of the FLDS cult members unveil, post the conviction of Jeffs.

Rachel has spoken in several interviews to give people a fair idea of how it was like growing up as one of the 50 something children of Warren Jeffs. She recalls how she had a relatively nice childhood being with many people from the community. However, all of that was subjected to change when the own daughter of Warren Jeffs became a victim of his predatory sexual habits. She was sexually abused and molested at the age of eight, and for several years after that. In an interview with Today, she said:

“ As a very young child, he would take me in there [bookstore], and he would either sit me in the children’s section and then bring a book over and force me to look at pictures of yeah, pornography. “

As harrowing as it was, Rachel found the courage to face her father through a letter she wrote him saying she was hurt by what he did, and it stopped. However, she was later married off at a young age to Richard Allred, who already had two wives. Though she recalls him having been kind, she knew that it was not the kind of life she wanted. She was still subjected to harsh treatment under the dictates of her father and his religion. Rachel Jeffs ran away in 2015, with her five children. She found shelter at her grandparents’ house, who had earlier broken off from the FLDS faith.

Soon after that, she married her current husband, Brandon Blackmore, who, too, was a former FLDS member. The two even testified against Blackmore’s parents for trying to get their teenage daughter to marry Warren Jeffs. She still recollects the plight of her many sisters who were not as lucky as her; she said, “I actually had an opportunity. My sisters don’t even have a way to leave.” This comes after only several of them have been able to completely remove themselves from the clutches of the religion that goes well beyond faith.

Where Is Rachel Jeffs Now?

Rachel Jeffs lives with her husband, Brandon, in their home in North Idaho with all their children. Rachel and Brandon have five children of their own. The family now seems to be fully set and happily living a life that they earned by breaking away from the bounds of the FLDS cult.

They recently welcomed their tenth child, to their already bustling family. Her children, from her marriage to Allred, have grown up and seemed happy in their lives away from the kind of household they were part of when they were much younger.

Excited for spring? These moments though. Love my bubble baby. #springnbabiesnbubbles

Also, they also have a dog who seems to be quite taken with the youngest born. Rachel Jeffs is still invested in the lives of her fellow siblings and other FLDS members, who she really hopes find their way out into freedom. On her Facebook and Twitter pages, she appreciates all those who have had the courage to step away from such a cult.

Love and respect to this guy and all he’s accomplished

She still plays the violin and seems to be busy posting pictures and stories of her family living the quarantine life. All in all, she has come a long way and seems to be determined to motivate several others to do the same.

Happiness is an everyday choice; letting go of the past and making a brighter future.