Will ‘Ragnarok’ be Renewed at Netflix? 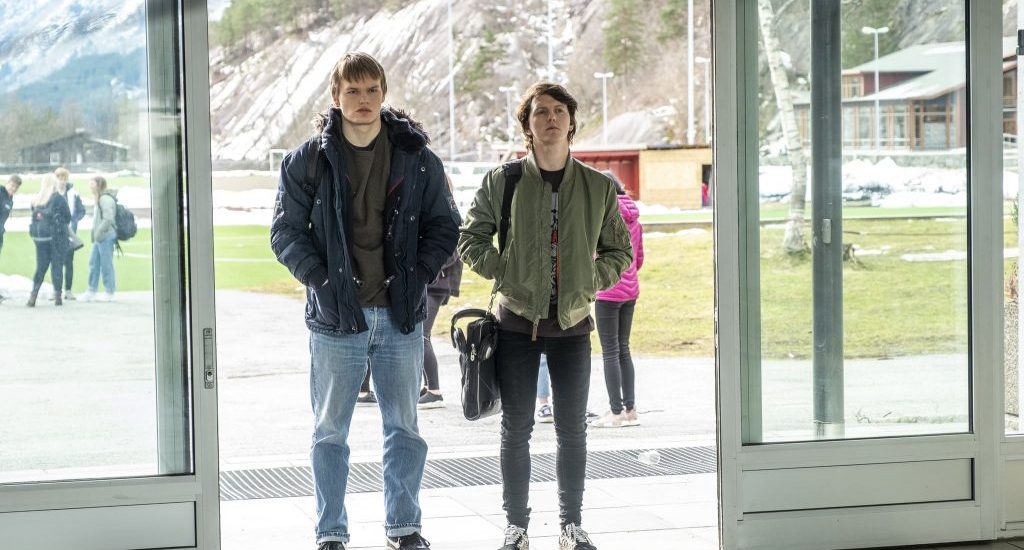 Netflix’s Norwegian mini-series ‘Ragnarok’ is a captivating blend of Norse mythology and climate change. It follows the life of young man, as he relocates to a quaint town of Edda with his family. As he tries to settle in, the town witnesses unexplainable changes in its climatic condition, sparking the beginning of something, especially something unpleasant, like an Armageddon. The central theme of the show also forms the basis of the Marvel movie, ‘Thor: Ragnarok,’ wherein we see the destruction of Asgard at the hands of Surtur, forcing the Asgardians to move to space.

The coming-of-age drama has been praised for its unconventional approach to the notions of Nordic mythology, with a talented cast that features several actors from the hit teenage drama ‘Skam.’ And in case you are wondering about when will ‘Ragnarok’ season 2 release, keep on reading.

Ragnarok Cast: Who is in it?

David Stakston headlines the cast as Magne Seier, the fish out of the water who is having a hard time settling into his new school. Joining him is Herman Tømmeraas (‘Semester’) as the shady senior Fjor Jutul, the charming and popular heartthrob, who is spying on Magne for one of the giants. Theresa Frostad Eggesbø (‘November’) plays Fjor’s sister Saxa, an expert at javelin throw and other sports, who is a total snob. You may know the above-mentioned actors from the popular high-school drama ‘Skam.’

Synnøve Macody Lund (‘The Girl in the Spider’s Web’) plays Ran Jutul, popularly known as the first lady of Edda. and Gísli Örn Garðarsson (‘Vargur’) stars as Vidar. Both the characters are on a mission to end Magne and they also have something to do with the apocalypse. The cast also includes Kornelia Eline Skogseth as Hilde, Eli Anne Linnestad as Wenche, Henriette Steenstrup as Turid, Bjørn Sundquist as Wotan, and Odd-Magnus Williamson as Erik.

Ragnarok Plot: What is it About?

In Norse mythology, Ragnarok basically means the end of the world. It is a build-up of events that cover a cutthroat battle between the Gods and Giants, causing numerous deaths, multiple natural disasters that lead to the world, burning in flames and submerging in water. After Ragnarok, the world is reborn, along with the restoration of the land and water bodies and the return of the surviving Gods.

The fantasy show follows Magne, as he moves to the fictional town of Edda, located in Norway. The inhabitants of the town take pride in the grandeur of its landscape, that includes dense forest, beautiful glaciers, majestic fjords, mountains and vibrant houses. Magne soon realizes that the people here, are not as good as they seem and everyone is hiding a dark secret.

The town is facing a dramatic and catastrophic issue, with the glaciers melting rapidly, climate changes like warm winters, cold summers and torrential rains. Magne realizes that some people are playing catalysts to trigger the mysterious happenings, and he must use his exceptional powers to prevent the extinction of the human race and also the destruction of the world. He is accompanied by other teenagers from his new school, some of whom also seem to have powers.

Ragnarok Season 2 Release Date: When Will it Premiere?

As far as the next season goes, here’s what we know. The mythology of Ragnarok is vast and covers a series of characters. While the show tries to adapt that mythology and set it in the modern world, there’s so much that is left out — understandably. But if the makers want to continue the show, there’s no dearth of material available at their behest. In fact, if anything, they have a problem of plenty… which is always the good problem to have.

Even though the final decision will be taken by Netflix based on viewership numbers, we believe the show will get renewed, especially when you take into account the streaming giant’s continued investment in building a massive repository of foreign shows. Our best guess is that Ragnarok Season 2 will release sometime in January 2021.

Check out the trailer of the ‘Ragnarok’ season 1.