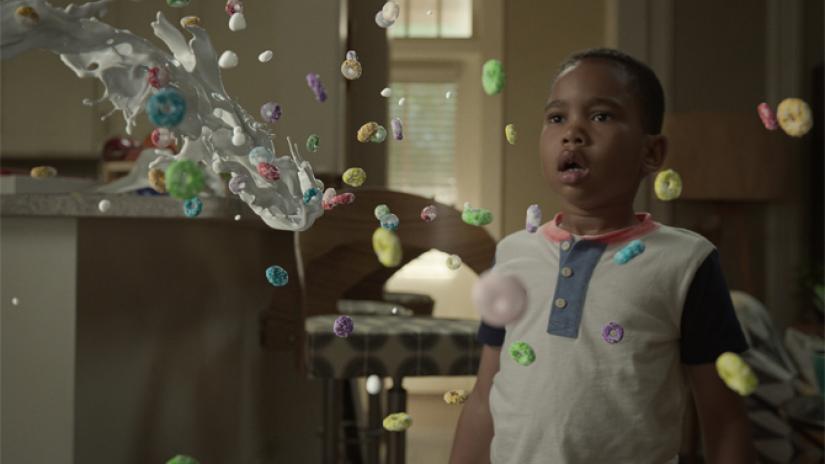 ‘Raising Dion’ is a family-friendly, superhero-centric, sci-fi drama that is inspired by the eponymous comic book and a short film with the same name. Written by Carol Barbee, the adventure fantasy series airs on Netflix. It is about a single mom who, in order to protect her son, must hide his superpowers from plain view. Meanwhile, she also needs to uncover the reason behind her husband’s mysterious death.

Dennis Liu, writer of the comic book of the same name on which the show is based, explained the idea behind ‘Raising Dion’ as reported by Entertainment Weekly, “I started this project many years ago because I wanted to see more diverse representation on film and television, and I’m excited to partner with Netflix, who I know shares that commitment.” He added, “More than ever, we need more stories told from different points of view. My hope with Raising Dion is to create a cinematic experience for all families that will lift your spirits and make you laugh and cry.”

The first season of the show was received well. Now, the question is, will there be a Raising Dion season 2? Here’s everything we know.

Raising Dion Cast: Who is in it?

All the main cast members, including Ja’Siah Young, Alisha Wainwright, Sammi Haney, and Jazmyn Simon, alongside Ali Ahn, will be returning for season 2. We also hope that Jordan and Deirdre Lovejoy will appear in the next season. It’s unlikely that Jason Ritter will reprise his role in season 2.

Raising Dion Plot: What is it about?

Superhero stories have a universal connection. Why? There are multiple reasons. We love such shows where, in a chaotic world, justice is always served and good always triumphs over evil. They also highlight how individuals, who discover that they have superpowers, realize how they forever need to think of the greater good, and in this journey, progress to become better versions of themselves.

‘Raising Dion’ is one such story where a 7-year-old African-American kid, Dion, is learning to harness his special abilities. It also focuses on his black, single widowed mom, Nicole, who attempts to protect her son at all costs.

‘Raising Dion’ is also primarily about Nicole, a single mother, for whom it is already challenging to raise a kid on her own. Mark, her husband and a scientist, meets with tragic death while helping someone during a thunderstorm in a flooding incident. This is when their son, Dion, starts manifesting magical abilities.

Of course, Nicole’s problems are multiplied with this new discovery and it takes a more complicated turn when she learns that a corrupt government agency, which might be responsible for her husband’s death, is tracking down people who show signs of exhibiting superpowers. Nicole, in order to protect Dion, must hide her son’s gifts with the help of her late partner’s best friend Pat. Meanwhile, she needs to deal with her grief, find work, and settle Dion in a new school.

In season 2, we expect Dion to unlock new levels of his power while Biona monitors him. We are still not sure about their motives, so we hope Nicole and Dion stay alert. Things have improved for Dion as he has made one more friend. Jonathan is actually nice and has shown some potential to become a fan favorite later. His family story, as well as that of Esperanza, might come into play too.

Next, we want to see what Brayden plans to do. If he blames Dion for Charlotte’s decision to leave him, he can come after him and his friends. Then there is still the threat of the Crooked Man manifesting in some other form. But most important of all, we want Micheal B. Jordan‘s Mark to return. Dion promised to bring him back; he better make good on it.

Raising Dion Season 2 Release Date: When will it premiere?

‘Raising Dion’ season 1 premiered on October 4, 2019, on Netflix, in all its entirety of nine episodes.

The way the first season ends definitely leaves things open to be dealt with in another season. And hence, we were not surprised when Netflix officially announced that the show has been renewed for another season.

Raising Dion has been officially renewed for a second season! So our friend @boubou_design made a special painting… #RaisingDionS2 pic.twitter.com/Dd1z0DvJ3s

Filming is set to begin in early 2020 and the second season will comprise eight, hour-long episodes. So, if things go according to plan, we can expect a later debut this year. In all probability, ‘Raising Dion’ season 2 should premiere sometime in October 2020.

Should You Watch Raising Dion?

Definitely yes! ‘Raising Dion’, with its focus on a budding superhero and on the people who help him navigate this phase in life, is a show that resonates with kids and grown-ups alike. Emotional, sensitive, yet engrossing, it is a must-watch, whether you are a fan of super-hero flicks or not.

A family-oriented show, which highlights diversity, ‘Raising Dion’ features some stellar performances. Alisha Wainwright is perfect as Nicole, a character who has so many sides. Nicole is a loving mom and at times, cannot control her emotions. But all the while, she is fiercely protective of her son. Even Ja’Siah Young as Dion is brilliant. His portrayal of the young kid is authentic, seamlessly depicting the multiple sides of the character — Dion’s questions about these new powers, his excitement to explore new possibilities, and his struggles in adapting to a new school.

Netflix has not released a season 2 trailer yet. While we wait for one, you can check out the official trailer for ‘Raising Dion’ season 1 below.