When Will Raising Tourette’s Season 2 Premiere on A&E? 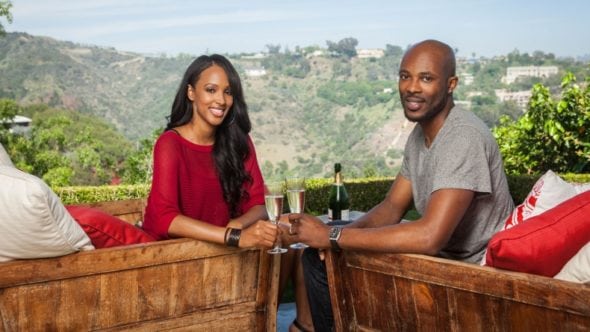 ‘Raising Tourette’s’ is a documentary television series that is available on the A&E network. A pretty new show, Season 1 of ‘Raising Tourette’s’ made its way to viewers’ screens in 2018 and has received praise from all corners of society for its efforts to spread awareness about and educate people about Tourette’s Syndrome.

The show especially struck a chord among people working with those affected by Tourette’s Syndrome. Now, the question arises: will there be a ‘Raising Tourette’s’ season 2? We will delve into that question, but first let’s quickly look into the details of the series.

Raising Tourette’s Cast: Who is in it?

Being a documentary show, Raising Tourette’s does not have actors and actresses and instead documents the lives of five families who have children affected by Tourette’s Syndrome. These children, aged between 11 to 17 years, and are the focus of the show.

Among the five children, the youngest is 11-year-old Kaden, who is an army brat with a love for music and playing the cello. The second youngest in the show is 13-year-old Charlee, who finds her symptoms intensifying after joining a public school. Then, there’s 15-year-old Colton, a physically frail boy with social anxiety. The second oldest kid in the show is 16-year-old Sam, who, in spite of his sense of humor, suffers from social anxiety. Finally, the oldest kid in the show is 17-year-old Kristin, who has to deal with her symptoms while attending high school and applying for college.

What is Raising Tourette’s about?

As mentioned earlier, ‘Raising Tourette’s’ is a documentary television series and it shows the struggles of those affected by Tourette’s Syndrome.

Symptoms of Tourette’s Syndrome include repetitive, involuntary movements and vocalizations called “tics” – coughing, throat clearing, blinking, sniffing, and facial movements are common examples of tics caused by Tourette’s Syndrome. While those with Tourette’s Syndrome do face certain difficulties, it is not a life threatening or debilitating condition and does not adversely affect a patient’s intelligence or life expectancy. Interestingly (and perhaps unfortunately), what causes the syndrome is not known yet. However, symptoms can be treated through education, rather than medication, and extreme cases of Tourette’s Syndrome, while not unheard of, are rare.

Now that you have a fair idea of what Tourette’s Syndrome is all about, let’s focus on the show. ‘Raising Tourette’s’ seeks to raise awareness about Tourette’s Syndrome by showing viewers the lives of five children diagnosed with the disorder. These children, aged between 11 and 17 years, are like any other kid and have hopes, and dreams, and aspirations. However, their condition makes growing up more challenging and the show follows how these children, aided by family and friends, cope with their symptoms and strive to become “normal” adolescents. Be it joining a new school, going for a first date, or taking driving lessons, ‘Raising Tourette’s’ shows viewers slices from the lives of these children, focusing in particular on how they build resilience and fight off the symptoms of the syndrome.

Of course, being a documentary show, ‘Raising Tourette’s’ has not had a massive audience. However, among its limited audience, the show enjoys a great reputation and has been praised by many corners. For instance, the Boston Herald praised the show, saying, ““Raising” doesn’t sugarcoat the difficult, even scary moments that come with Tourette’s…You expect to learn something with a show like this.” On IMDb, ‘Raising Tourette’s’ enjoys a brilliant rating of 9.2/10.

Raising Tourette’s Season 2 Release Date: When does it premiere?

As far as the next season goes, unfortunately, we cannot, as of now, confirm anything, and the only thing left to do is wait for A&E to make an official announcement on the future of the show. We’re keeping our eyes peeled for news on ‘Raising Tourette’s’ season 2 and we’ll update this section as soon as we hear something reliable. And if a second season does happen, our best guess is that ‘Raising Tourette’s’ season 2 should premiere sometime in September 2020.

Since a renewal has not been announced yet, there’s no trailer to look forward to. Meanwhile, here’s the trailer for Season 1 to give you a glimpse into what the show is all about.