Where is Ramona Rizzo Now? 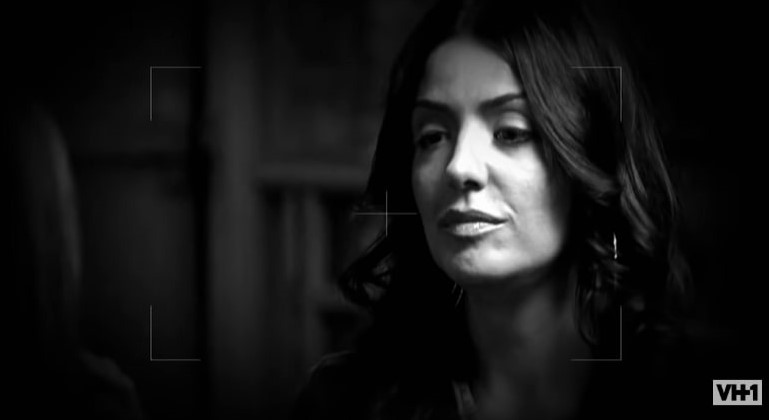 Born in 1972, the 48-year-old American reality TV star, Ramona Danielle Rizzo, was born in an Italian mafia family of New York. Her grandfather was Benjamin ‘Lefty Guns’ Ruggiero, an infamous mobster of the Bonnano crime family. He was made even more popular when Al Pacino played his character in the 1997 hit mafia movie ‘Donnie Brasco’. Johnny Depp starred in the film too. It narrated the story of an FBI agent who infiltrated Benjamin’s family and collected intelligence against them. Ramona reached out to Al Pacino and helped him develop her grandfather’s character correctly.

Ramona had a colorful childhood since the very beginning. She used to accompany her family members to meet her relatives in prison. She knew from the start that the male members of her family were going to get absorbed into the mafia as well. So, she was determined to make different lifestyle choices and make her career elsewhere. This made her extremely independent from a young age, and she befriended various influential people in the US.

Growing up Thanksgiving was always my favorite holiday, but that sadly changed when my grandfather passed away from Cancer ( No Movie Donnie Brasov Bs So Not Murdered ) This favorite holiday of mine was brought back to life for me when I had my own children, & shared stories of him-even more so on this day Papa may you 4ever Rip & continuously watch over me & my children ! Blessed 2 Have Such a True Man 2 Hold My Hand & 2 Etch My Heart With The Real Things LoVe R Made Of-#unconditionallove Loosing someone you endlessly love is such a hard part of life, but it also makes you realize how Life is Purely “Allowed Time that God Gives Us “ but How or Who We Spend It With Is Something We Control! So Make Ur Moments Count & Be Thankful 4 the Good & Bad 4 It All Has Answers & Meanings We Will Figure Out! I’m truly Thankful 4 My Family & the Time Im Blessed 2 Have With Them! Majorly Thankful as Well 4 My Magical Rainbow of Friends, who make me #KoolAid Smile & Laugh Like The Devil Took My Soul Out 2 #krispykreme on a Magic Carpet Ride! Happy Thanksgiving – Enjoy With Ur Family & Friends & Gobble Gobble People! #leftygunz #family #happythanksgivng #myTurkeyisTremendous

A mother to 5 children, she got involved with Walia ‘Wally’ Khatib, a man of Arabian descent who had connections with the mob too. She eventually got married and moved to Jordan with him for a couple of years. Her marriage was said to be very dramatic and tumultuous. She allegedly divorced him due to his assumed bankruptcy and returned to the states, penniless.

Motherhood does not just come with a title it comes with many emotions, sacrifices, highs & lows & a lot of times talking to yourself! Being a mom has been anything but easy, but being capable of loving has never been easier than this, but with that love comes the not so easy parts! Regardless of your story or struggle for all the Moms Out Here Trying Their Best Or Did Their Best For Their Children, I Am Living Proof That Although We may have had a certain picture made in our head of us as moms & how our children would be, in the End Life is About Blessing We Create & Receive & Just As We Created Those Visions of How Motherhood Should Be, Always Remember Sometimes It’s More Important To Feel Your Blessings Than To Actually See Them! Happy Mother’s Day To All The Moms Out Here & To the Ones Who Bless Us From Above! Always remember Pictures are just Poses Ppl display to show happiness no family is perfect, but the Love that is within the Family is !

Having to start her life from scratch and raise her children, she then started many businesses in the field of fashion, confection, and a lot more. Shortly after, she got engaged to Jacob Sclafani, but her happiness was short-lived as he got sentenced to 15 years of prison for the illegal distribution of cocaine. Even though her marriage plans were thrown out the window, she still threw herself a huge bachelorette party in Las Vegas.

A few years back, she was also booked for kidnapping and armed robbery due to a money-making scheme gone wrong, as was confessed by the victim. She wanted to be away from the mob-life but it seems like the apple doesn’t fall far from the tree. With a history of liens and foreclosure, she eventually got sucked into it and was heard threatening people using her family name.

Ramona was in an eight-year-long battle with the government to recover her expensive branded jewelry pieces. Her jewelry that consisted of pieces from Cartier, foreign brands, and family heirlooms, amounted to over $200,000. They got seized when her fiancé was busted during a coke deal. It doesn’t seem as though she won the case.

Ramona also starred in VH1’s reality-documentary series ‘Mob Wives’. The show followed the lives of the women whose mobster husbands had been imprisoned. Ramona joined the cast for season 2 and 3 in support of her childhood best friend, Karen Gravano. She acted as her wing-woman during their aggressive and outspoken fights with nemesis, Drita D’Avanzo. Always in the middle of a controversy, she was also approached for season 5, but she refused. She felt that she was intentionally lied to so that she would stir up some drama. She confessed that she believed the show portrayed her in a bad light. She asked for a lot of money which the show’s budget couldn’t afford to offer.

Where is Ramona Rizzo Now?

Ramona is a social media queen who is active on all platforms. Her Facebook, Twitter, and Instagram accounts are always buzzing with the latest updates on her life. She has become a social media influencer and conducts paid product promotions online for various companies.

#ad These @flattummyco shakes ALWAYS get me results, so I’m stickin’ to what I know works 💪New Year, New Tummy, here I come – head to flattummyco.com and get yours for 25% OFF!

Ramona is also featuring on MTV’s reality-documentary show ‘Families of the Mafia’ alongside Karen Gravano as her best friend and family. The show follows the lives of ex-mobsters and how their mafia connections affect their children and lifestyle.

Can these four families leave the mafia lifestyle behind and write a new legacy? Families of The Mafia premieres Thursday, April 9 at 9/8c on @mtv! #FamiliesofTheMafia