Directed by Jay Baruchel, ‘Random Acts of Violence’ is based on an eponymous one-shot graphic novel series by Justin Gray and Jimmy Palmiotti. As the title suggests, the film is replete with bloodshed and gore. But along with that, it also intends to achieve something deeper by drawing a stark contrast between the depiction of serial killers in media and how twisted they are in real life. With that said, here’s an explanation for the movie’s ending.

‘Random Acts of Violence’ centers on Todd Walker, who is the writer of a renowned comic book series called “Slasherman.” The titular protagonist of his series was once a real serial killer (in the movie) who murdered people in the most brutal ways in the 80s and 90s. Even after knowing about the heinous acts of violence committed by Slasherman, Todd represents him as an artist in comic book series—an artist who purposefully uses his victims to create graphic crime scenes. Because of his one-sided approach that glorifies the acts of the killer, Todd receives a lot of criticism, especially from book critics and the ones who were affected by the man’s murders. However, at the same time, his comic books also acquire a huge fan following.

After years of writing about Slasherman, Todd finally decides to bring an end to the series but suffers from a writer’s block. And so, as suggested by his publisher Ezra, he embarks on a road trip to the town where the actual Slasherman murders took place in the hope that he’ll draw some inspiration. Joining the two on their journey is Todd’s assistant Aurora and his girlfriend Kathy, who is planning to write a book about the victims of Slasherman. As soon as they enter the town, the real Slasherman gets the wind their arrival and, for some reason, starts recreating his previous crime scenes.

The Ending: Who is the Boy in the Flashback? 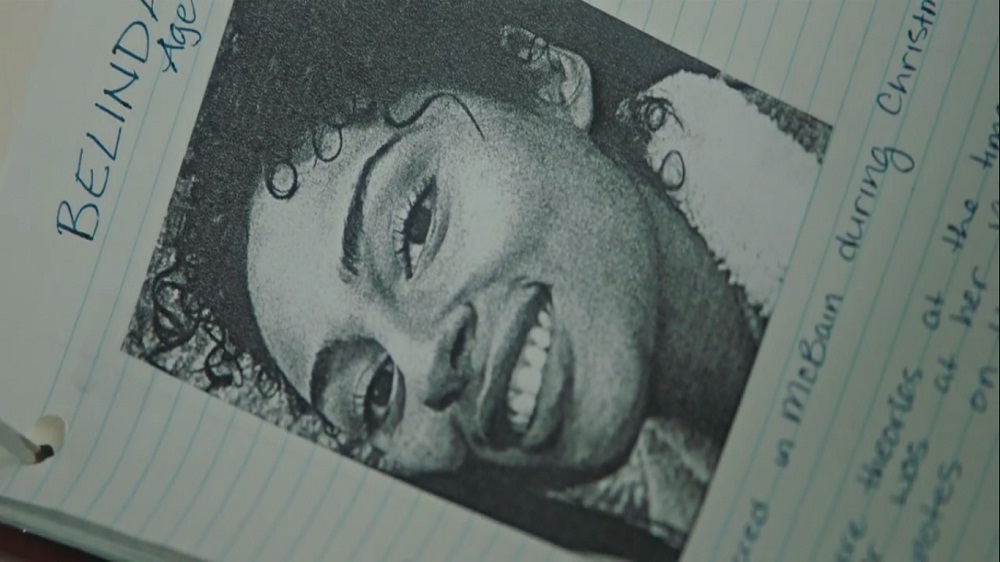 In one of the early moments of the film, Kathy shows her research file to Aurora and tells her about some of Slasherman’s first few victims. Among them, she shows her the picture of Slasherman’s victim zero, a woman named Belinda Cooksey, who was a single mother. Later on the in the film, when Todd arrives in the town, several locations and incidents remind him of Belinda Cooksey’s Christmas-eve murder. These aides-memories even make him think about everything that Belinda’s son might have gone through while witnessing the murder of his mother. So the kid in the flashbacks is no one but Belinda’s son.

As Slasherman recreates all of his previous crime scenes, he drops cryptic numerical messages to Todd. Todd later decodes these messages and realizes that they are all page numbers to his comic book series. When he refers to the page numbers mentioned in Slasheman’s codes, he realizes that all the recent murders come in tandem with the crime scenes represented on those specific pages of the comic. Slasherman’s murders start hitting closer to home for Todd when his assistant becomes one of his victims.

Soon after this, Todd, Kathy, and Ezra witness a crime committed by Slasherman, and when he tries to kill them as well, they crash their car. Ezra dies on the spot while Kathy and Todd get abducted by Slasherman. Kathy attempts to escape, but the killer catches her and recreates another one of his previous murders. 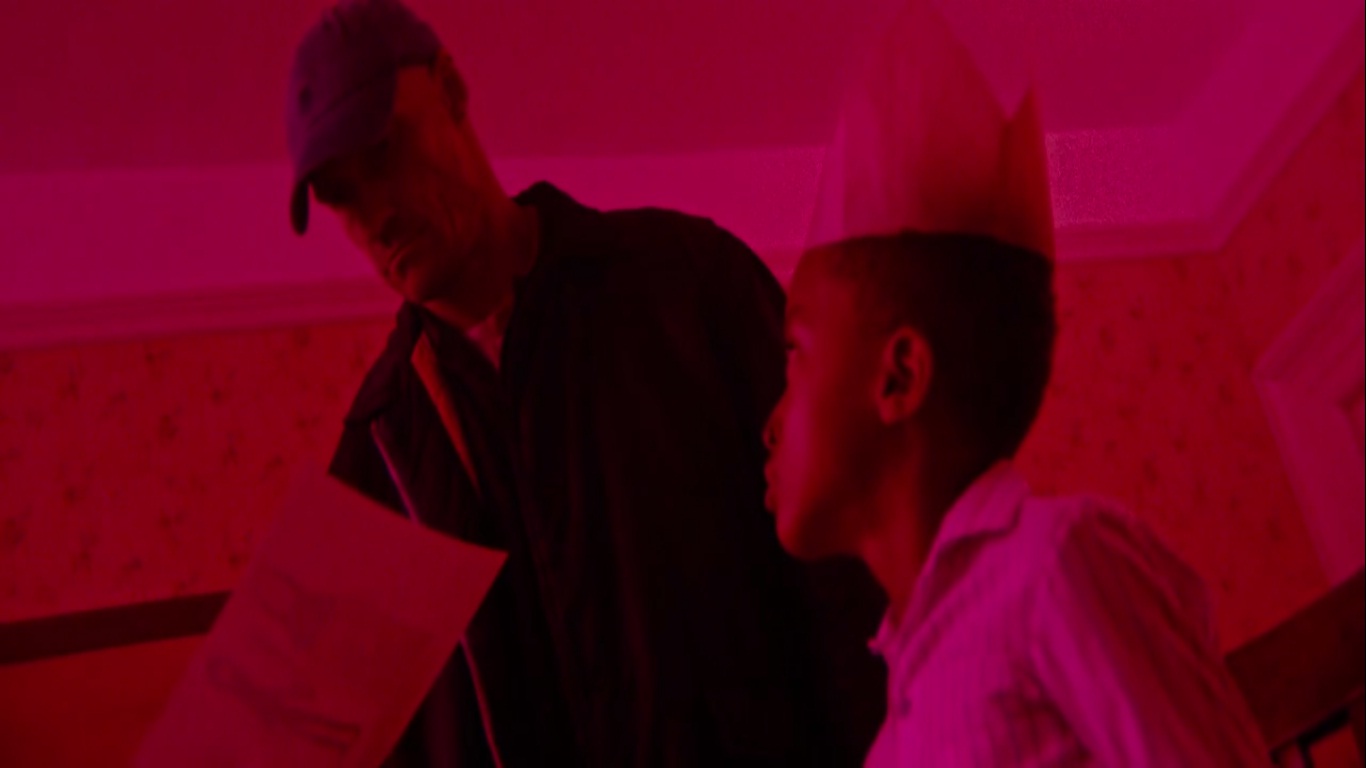 Towards the end of the movie, Todd looks for the serial killer and reaches his home. That’s where he finds his incomplete manuscript, which he had previously dumped in the dustbin because he couldn’t come up with a proper ending for it. Along with this, he even finds a drawing which, as revealed in the movie’s flashbacks, was drawn by Belinda’s son when Slasherman had killed her. The drawing leads him to the home where Belinda was first murdered. To recreate Belinda’s murder, Slasherman makes Todd sit on the same spot where Belinda’s son once sat and places the same drawing on the table. On the other end of the table, he puts the dead bodies of Kathy and Ezra to create yet another “artistic” crime scene.

The parallels between Belinda’s murder and the final scene also suggest that Slasherman was always fascinated by the idea of being an artistic figure and not a murderer. He only killed people because he wanted to become somewhat of an icon.

Why Did Slasherman Start Killing Again? 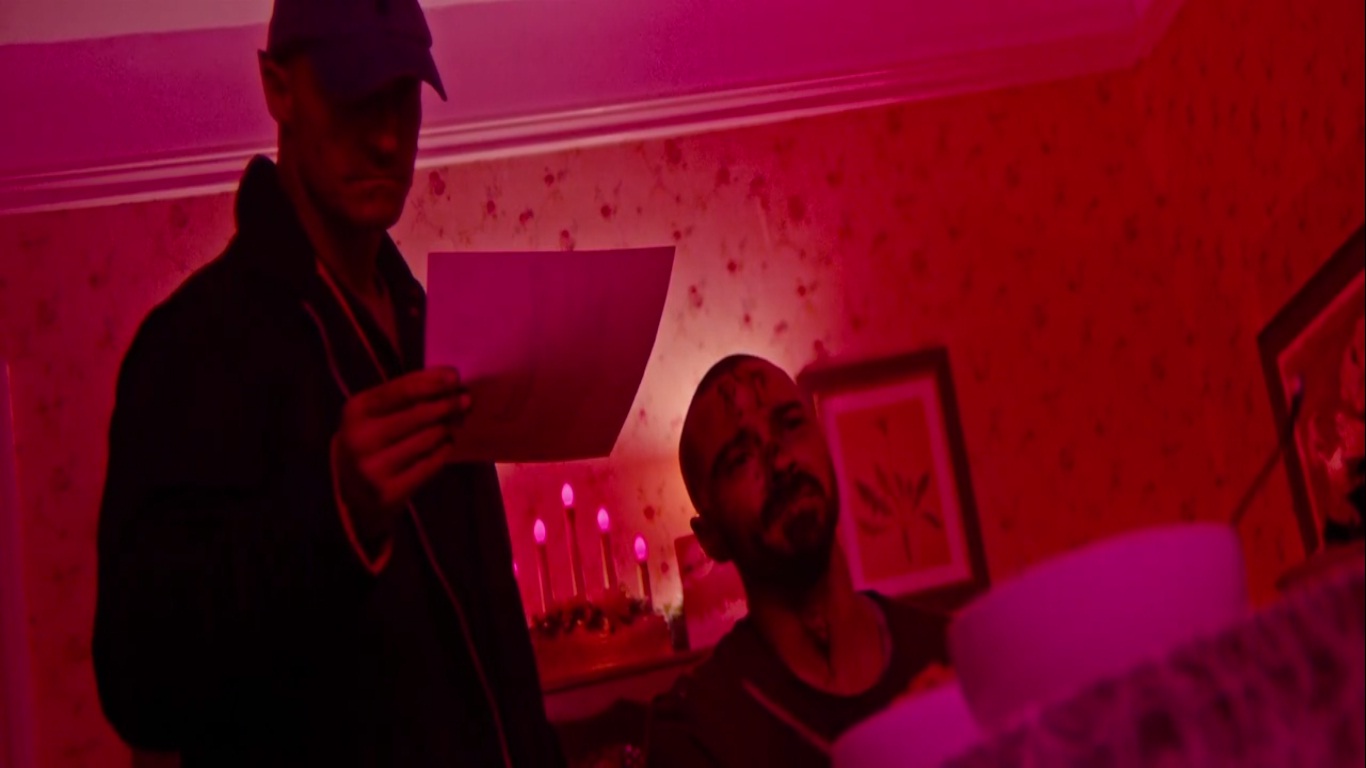 Towards the end of the movie, Slasherman proudly looks around at the bloody walls of the house and claims that he has done this to help Todd create a perfect ending for his comic series. He tells Todd that he only stopped killing people because Todd’s comic carried his legacy forward and allowed him to garner a massive following without committing any new murders. But the news of Todd struggling to find a proper ending to the series made him fear that he might lose his serial killer legacy. And so, he took it upon himself to help Todd create a perfect ending for the series by recreating his first murder.

In the closing moments, Slasherman asks Todd to kill him and then use the final crime scene as an ending to his comic book series. Todd does kill him, but he then burns down the house after realizing that he was wrong about the killer all this while. Todd always saw things from the perspective of the killer but never thought about his victims. Due to this, his comic books made Slasherman an icon, but at the same time, they even insulted the killer’s victims. By burning down the house, Todd shows that he does not care about finishing his comic anymore as he now feels what every other victim felt.

Slasherman’s intended end to the comic series also alludes to the clichéd and highly criticized trope of fictional tales where the end of the story comes in tandem with the beginning. The movie intends to show that the killer was delusional about being artistic, and thus, he wanted to end his legacy by using a tried and tested trope of literature. By doing this, it seems like the film also criticizes how the depiction of violence and the glamorization of serial killers in media can often negatively impact an audience when in reality, killers like Slasherman are just twisted people driven by no logical motives.