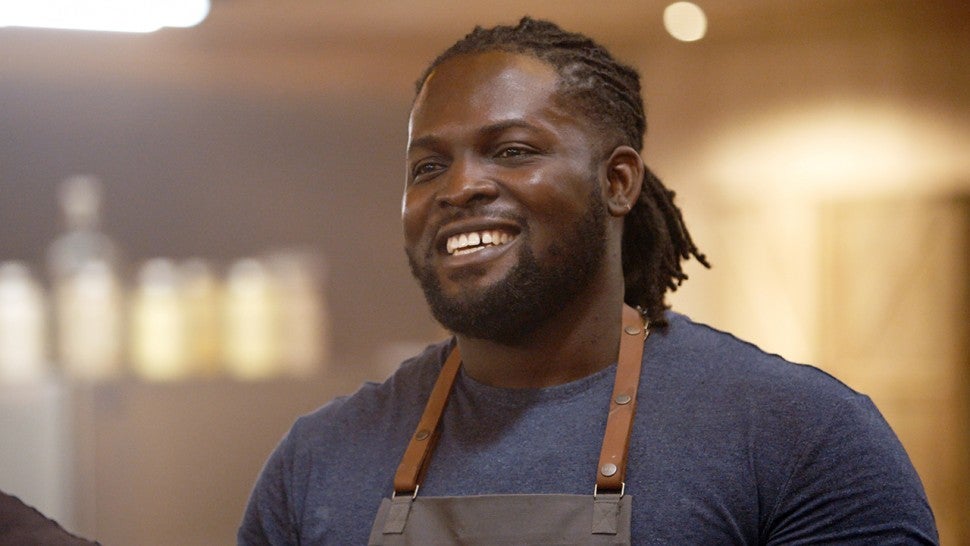 Eight of America’s best backyard chefs come together in ‘The American Barbecue Showdown’ to prove their culinary skills behind a smoker. Despite challenges like catering for 50 people and cooking foreign meats like a raccoon or iguana, they battle it out for the title of the country’s ultimate barbecue champion. If you’re interested in learning more about Rasheed Philips, then we have got you covered.

Even though he had no experience with competition barbecue, Rasheed had a calm disposition on the show which helped him get really far. He was an IT Technician by profession, but it was clear that he was a natural behind the smoker. In the very first episode, we saw him fight for his place in the competition when he made 4 types of proteins (versus the 2 that contestants had been asked to make). Everyone felt that he had really taken a lot on his plate. They felt that it would be difficult for him to make the Jerk Chicken, Mojo Chicken, St. Louis Ribs, and pork belly along with some sides! But Rasheed knew his limitations, and in the end, he produced wonderful flavors that truly explained his heritage.

Rasheed was born in Jamaica and he moved to the US when he was just 8 years old. So food was something that still connected him to his homeland. Moreover, he stated that his great-grandparents had worked at the Panama Canal, and had lived in Colombia for a majority of their lives. This also explained the Latin influences in his food, which led to him winning the challenge in the first-ever episode.

But the next episode posed a bigger hurdle for Rasheed as he had to cook tri-tip for 50 people. This was a cut of meat that he was unfamiliar with, but he soldiered on, and in the end, the judges enjoyed it. When it came to the next episode, Rasheed was assigned the ingredients to make ribs with a bitter flavor profile. Along with dry beef ribs, he made wet pork ribs with a smoked mango and Scotch Bonnet sauce. He impressed the judges yet again.

In fact, in episode 6, Rasheed and Tina even won the team challenge for their rendition of barbecue from the pre-colonization era. Rasheed had made it to the top 3, for which he made a barbecue spread that represented the flavors of Argentina in six and a half hours. Well, he qualified for the finals and faced Tina for one last cook-off. The spread that Rasheed prepared was called “Philip’s Final Feast,” and though it was beautifully done, it was actually Tina that reigned supreme because of a better brisket. Kevin Bludso called Rasheed the Gentleman Smoker because of Rasheed’s skills and character.

Where is Rasheed Now?

Well, this competition really inspired him to pursue the art of barbecuing full time. It seems that he has left his IT job to open up his own food delivery service called ‘Philips Barbeque Co.’ According to the website, this venture stemmed from Rasheed’s love for food, but it continues to grow because of his willingness to learn more about barbecue. According to his Instagram page, he had also lost 45 lbs in recent times. However, the majority of his feed has some really incredible looking barbecue, and we hope we get to try it one day!

⬇️ 45 Lbs ⬇️ 2 Shirt Sizes ⬇️ 4 Pant Sizes 🔁 300+ Miles Ran 🔄 Thousands of Calories Burned 📶 Countless Ups and Downs ⏺ Mistakes Made Lessons Learned What’s the “ 🔑 “, Consistent Actionability. Yes I believe there is a key, which in turn means there has to be a 🔒. You have you figure what your key is to gain access to that part of you that just won’t quit! I’ve found mine, I hope find yours… #goals #key #motivation #fitness #health #wellness #mentalhealth #support #bbq #changethenarrative #inspire #gym #lifestyle #lock #eater #selfcare #weightloss #transformationtuesday #transformation #rasheedphilips #thegentlemansmoker #netflix

Read More: Where is Sylvie From The American Barbecue Showdown Now?