Rashida Jones is a famous American actress, director, writer, and producer. In 2019, the Grammy-award winner received the illustrious accolade of Best Music Film for ‘Quincy.’ The Netflix release is a documentary she co-wrote and co-directed about her father, Quincy Jones. Apparently, her family has had a significant impact on her, and this became evident after her impeccable performance as Laura in Sofia Coppola’s ‘On The Rocks,’ Jones’ fans have long wondered about the star’s take on romantic relationships and whether she has found the “one” as yet? Here’s everything you need to know!

Rashida Jones is the daughter of ‘The Mod Squad’ star, late Peggy Lipton, and a media mogul, musician, and record producer, Quincy Jones. Unfortunately, she did not have the privilege of living in what one would call an “ideal” home. Begotten of interracial parents, the California-born had a hard time coping with the harsh criticism that the family was subjected to. During the 1970s, their mixed-race union was still unheard of and vehemently discouraged. 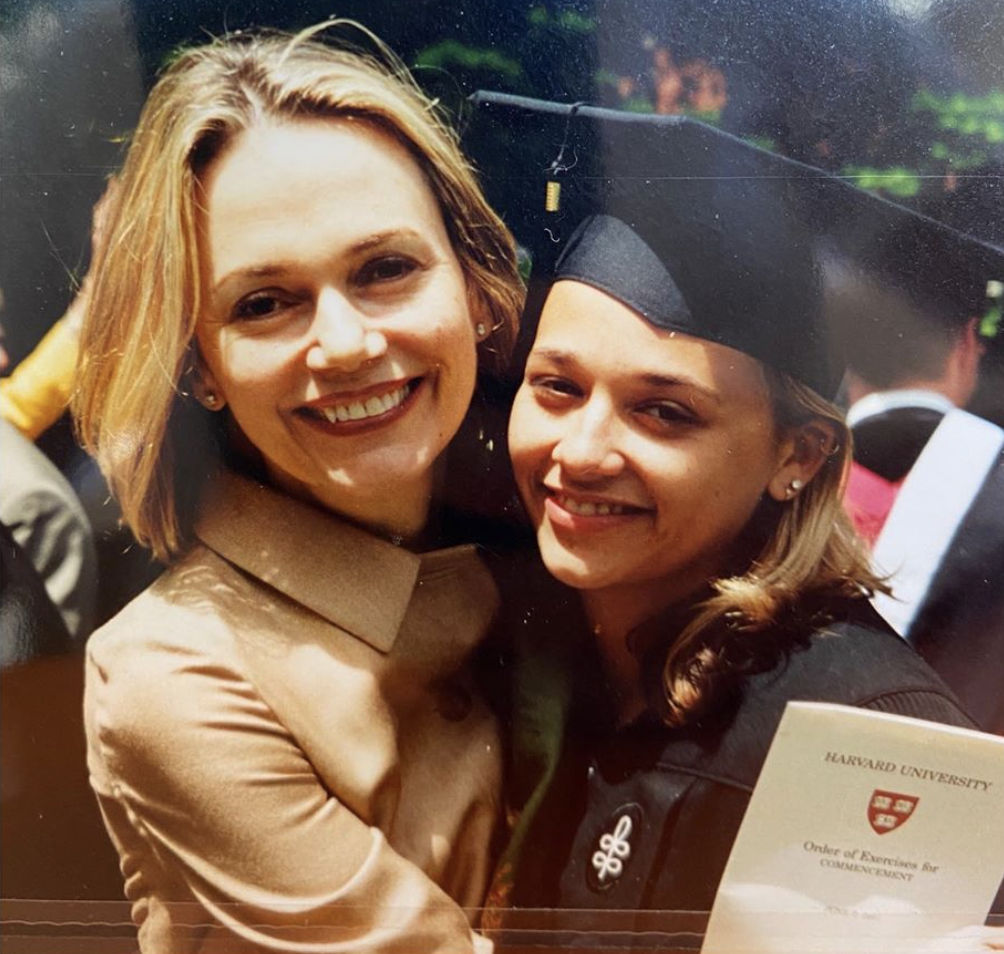 The then-18-year-old gained attention for an open letter she wrote as a biting response to the late American rapper’s – Tupac Shakur – unwelcome remarks. Jones’ difficult childhood reflected in erratic behavior like the impulsive decision to drop out of school at the tender age of ten. As narrated by her father, she would often spend the night simultaneously reading five books, with a flashlight under the bed cover. From an early age, she exhibited the potential to be a musician and learned to play classical piano.

After a couple of detours, the ‘Parks and Recreation‘ fame kick-started her journey of becoming an actress. Jones developed a passion for performing arts after participating in the play ‘For Colored Girls Who Have Considered Suicide/When the Rainbow Is Enuf.’ It proved to be therapeutic and so, the Harvard alum started to serve as a musical director to various theatrical groups.

Some of them are Hasty Pudding Theatricals, Harvard Radcliffe Dramatic Club, Harvard-Radcliffe Opportunes, Black Students Association, and the Signet Society. Jones professionally debuted with the miniseries ‘The Last Don’ in 1997. With over two decades of experience in the industry, her acting career now includes prestigious roles on television series like ‘The Office,’ ‘BlackAF,’ ‘Boston Public,’ and ‘Angie Tribeca.’

After being a significant part of the industry for years on end, Rashida has had her name linked with various celebrities. While some of these have been baseless speculations, some have concrete proof substantiating them. One of her long-term relationships was with the ‘Spider-Man’ star, Tobey Maguire. Without being stuck on the three-year-long association, Jones moved on to Mark Ronson, a music producer. He popped the question on her 27th birthday and in the sweetest way possible: by customizing a crossword puzzle that read, “Will you marry me?”

She gladly accepted his proposal, and the two got engaged in February 2003. Their highly publicized relationship fizzled out a year later before they could make it to the altar. Before making her next big commitment on the work front, Jones casually met and dated several other men from the industry – John Krasinski, Seth Meyers, and Colin Jost, to name a few. The ‘Celeste & Jesse Forever’ star was acquainted with Ezra Koenig, the American rapper and singer, long before the two began to openly appear at various red carpet events.

She and the “Vampire Weekend” frontman were officially spotted as a couple at the Sundance Film Festival around January 2017. The pair never accepted or denied the buzzing tittle-tattle about a romantic relationship between them. Rashida and Ezra welcomed their son, Isaiah Jones Koenig, on August 22, 2018, in Los Angeles. They have remained as mum about each other as they were about the “secret baby.” It is widely believed that the actress is still dating him, yet they choose to keep it away from the prying eyes of the media.

Read More: What is Rashida Jones’ Net Worth?