‘Rashomon’: An Objective Commentary on the Subjectivity of Truth 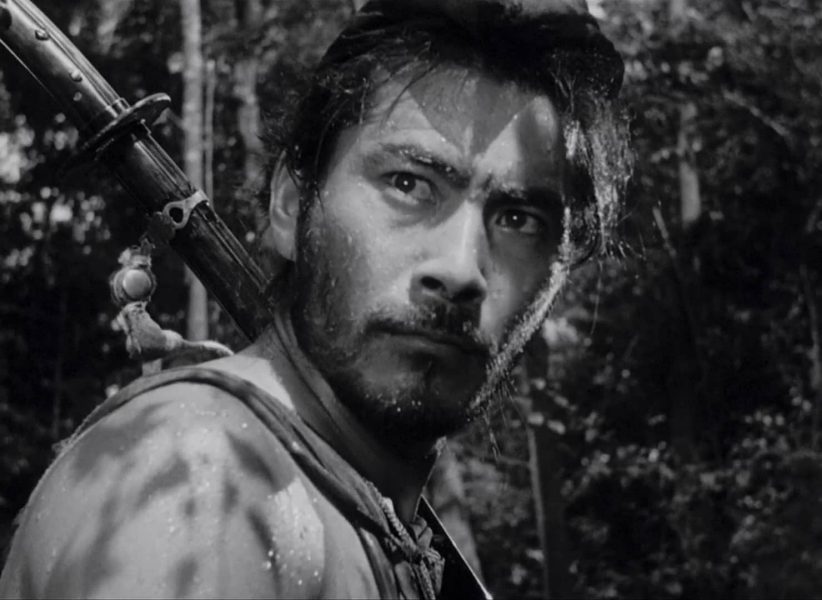 Just in case you happen to be a film buff and you haven’t watched ‘Rashomon’ (1950) yet, it is probably time you reset your priorities and get a copy of the Japanese movie. Over the past nearly six and a half decades since the masterpiece was released, it has almost transformed itself into some sort of a cultural landmark – a psycho-sociological commentary on the existential traits of humanity. In fact, this period drama film by Akira Kurosawa is truly international, a movie that has successfully transcended all man-made barriers and boundaries. If we are to deconstruct the movie into its elemental form, we would discover that the movie is as simple in its approach as it is complicated in its scope and meaning. There is hardly anything incomprehensible about the film. However, the more you think about the plotline the more you entangle yourself into a quagmire of ambiguities. Kurosawa had little support while making the movie. He was constricted by a shoestring budget and the obvious foibles of his time. Yet, he came out trumps and made one of the finest cinematic pieces ever to have been conceived.

What is the movie all about? To put it bluntly, it is nothing but an account of four different versions of the same episode, as recounted by four different persons. The film begins at the mammoth Rashomon Gate at the entrance to the city of Kyoto in Japan. A commoner joins a woodcutter and a priest at the gate in order to get shelter during a heavy downpour. When the three persons engage in a conversation; the commoner gets to know that a Samurai was murdered, his wife raped and a local outlaw nabbed for the same.

While deliberating on the episode that happened afterwards, the woodcutter and the priest, both of whom were summoned by the court as eyewitnesses, narrate the mutually contradictory and self-serving versions offered by the bandit, the raped wife and the spirit of the dead Samurai through a medium. While the narrations by each of the individuals are radically different and told through different flashbacks, the irony presents itself through the fact that the parties apparently don’t lie to get any leverage as all of them claim to be responsible for the incident. The woodcutter presents his version at the end and calls all the other versions blatant lies.

Kurosawa’s screenplay is marked by simplicity itself with the principal point being the subjectivity of truth. The sets and props are minimalist with the entire shooting being conducted at only three places – the Rashomon Gate, the forest and the courtyard. In a way, the movie is a tribute to the silent film era. Kurosawa had expressed his admiration for silent movies at different forums and the exaggerated mannerisms enacted by the actors in the movie constitute a moving testimony to that. It was later revealed that the acclaimed cinematographer Kazuo Miyagawa played a significant part in aestheticizing the visuals. For the first time in cinematic history, there were shots in the movie that were captured directly into the Sun. The filmmaker wanted to make the film using natural lights alone. However, there weren’t enough lights available. Consequently, reflectors were used to reflect the natural light onto the face of the actors. One of the initial scenes encapsulated the journey of the woodcutter into the forest. The concerned voyage has now become a part of cinematic folklore. It wouldn’t be an exaggeration to note that the journey seems more like a transcendental journey, one that would take the woodcutter from this world to a parallel world. In fact, the suspense that builds up in the process is unmatched. This ease in narration and the quest for that final truth that might remove the haze from the central incident are things that keep the audience glued to the visuals from the beginning to the end. However, the quest never ends and continues even after the film ends. In fact, the film has had such a distinct cultural influence that we now have the term Rashomon Effect which is an effective expression for a situation when there are multiple eyewitness narratives for the same incident.

When looked at purely from a cinematic point of view, the use of deceptive flashbacks was new at that point in time and was a way to deceive the audience. In fact, the renowned film critic Roger Ebert while writing about ‘Rashomon’ went as far ahead as to say, “Many films that use a flashback only to fill in information are lazy”. It is only human to assume that flashbacks plug the gaps in reality. However, to assume so is in essence disregarding the very nature of human beings, that of embellishing personal experiences. While there is nothing right or wrong about it, it does establish the fact that absolute human truth is an oxymoron – something that exists only in contemporary mythology. The brilliance of ‘Rashomon’ is in its ingrained ambiguity – ambiguity that is part of our existence and ambiguity that defines the world that we live in.

Takashi Shimura playing the role of the woodcutter is at his vulnerable best and in spirit is the personification of ragged Japan at the end of the Second World War. While Masayuki Mori and Machiko Kyō enact the role of the Samurai and his wife with élan, the USP of the movie is Toshiro Mifune, who plays out the part of the bandit. Mifune would go on to partner Kurosawa in many future movies. The bandit represents the decaying part of all of us, not so much for his tenacity to commit repeated acts of crime but for his obvious contempt for the rule of law and his refusal of repentance. Mifune is a treat to watch, probably due to his ability to irritate us and infuriate us. His performance would go down as one of the finest in reel history.

The movie went on to bag the Golden Lion at the Venice Film Festival in 1951 besides clinching an Academy Honorary Award in 1952. It was ranked as the 9th best film of all time in the Directors’ Top Ten Poll carried out by the Sight and Sound in 1992. It would possibly be the best tribute to the movie if it were to be said that the film is a mascot of everything that is quintessentially Japanese.