Netflix Review: ‘Rattlesnake’ Lacks Vision, Execution and Everything in Between

The art of cutting trailers from a film surely deserves more mention, love and credit. More than just hinting to the audience what the film is about and what roles their favourite actors/actresses are playing, they also have the important task of creating sufficient intrigue and interest for the film. Show too little, and they won’t be interested in the first place. Show too much, and the audience loses interest. But, cut a key scene at precisely the right moment, and a discerning viewer may end up checking out your film himself for some answers. That’s just how the human mind works, and the folks who create a trailer from the stock length of the film seem to have an acute understanding of that.

Invariably so, and this happens more often than we would all want to accept, the very well edited trailer of a film short-charges the film itself, and while you step in as an eager audience, you come out either exhausted or disenchanted, because the film barely lives up to that idea that drew you into the film in the first place. 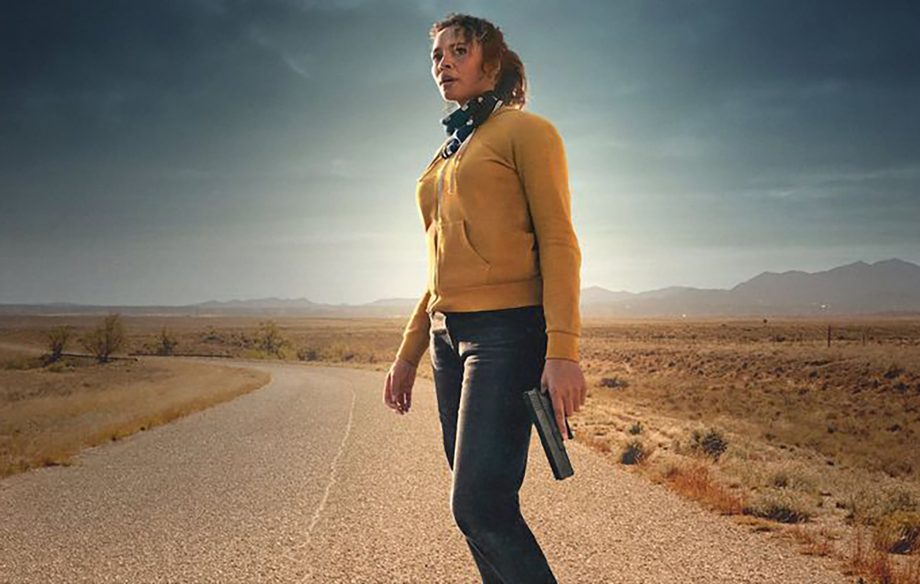 Netflix doesn’t put out the best of trailers necessarily, but the one they did for its latest survival thriller film ‘Rattlesnake’ particularly drew me to check it out this evening. The premise: that of a single mother making a deal with the devil to save her daughter’s life after she is bitten by a rattlesnake in the middle of the desert while travelling, and her race against time to keep her end of the deal, did seem just promising enough to have me spend 90 minutes not complaining about the pollution outside, while also making it plenty clear that like every year, with Halloween approaching, this was Netflix’s feeble attempt to cash in on the peeves of audiences to be spooked, thus the recent slew of semi-effective horror flicks every week. It is clear that given the mediocrity, the best chance these films have of working in the whole year is now. However, ‘Rattlesnake’ is a new low even within that very low bar set by Netflix.

Like most Netflix releases, the idea in here presents itself and sets up the narrative forward within the first 20 minutes or so, after which its just irredeemably pummels, struggling to find coherence along the shallow roots laid by that very idea. I had a very similar complaint with ‘In The Tall Grass’, but even through its runtime, the idea of the killer tall grass and the mystery behind it is intriguing enough to atleast let you pace past the finishing mark.

Unfortunately, in this case, the idea itself, of the rattlesnake, of the irreversible deal, and of the morality of the protagonist being questioned bears little intrigue to begin with. That the execution barely ties all of this together, and the unshakeable feeling every five minutes of the film having lost a sense of vision doesn’t help. Around the halfway mark, I struggled to even remind myself why this film was called ‘Rattlesnake’ in the first place.

While the story has always been kind of a shaky terrain for Netflix films to traverse, they have always boasted of enviable production quality over the last decade since it started doing its own originals, beating out even some mid-budget feature length releases in the process. With this one, nearly all comes undone. There are no special effects in the film to begin with, but the editing is majorly off in a couple of places, and that affects the coherence of the film as a singular whole in a big, big way. It is true that editing, as I stated in the beginning of this write up, whether of a feature film, a short film, or even a trailer, is an invisible, underrated beauty when done right. But for the audience to truly notice that, it has to be done wrong for it to stick out like a sore thumb. That is more or less what happens here. Ditto for the sound mixing in several places. While these are some of the things that shouldn’t bother a regular, indiscernible viewer merely looking for a 90 minute escape, for those asking for a little more, the end result is that of alienation from the end product.

I wouldn’t call it a saving grace, because it would take a lot more than that to bring this film beyond those borders, but Carmen Ejogo’s performance is uniformly adequate throughout. She is in nearly every frame of the film, and while it isn’t a knockout, her performance is one of the few things not terribly wrong with the film, keeping it going when the script too wanes in the final bits. My final verdict? Avoid it like you would a rattlesnake in the desert.