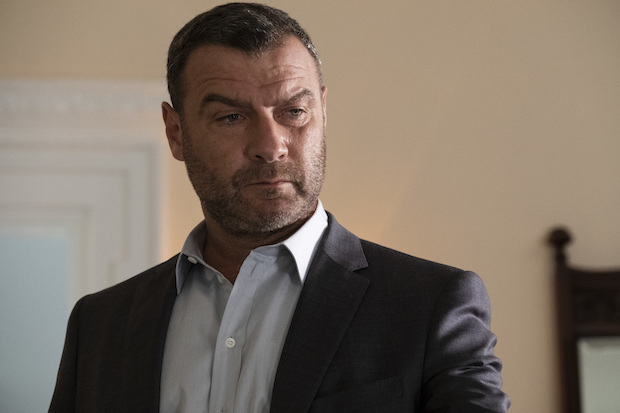 ‘Ray Donovan‘ is one of Showtime’s longest-running series, and tells the tale of a morally corrupt and gray world, where powerful forces are at play, getting what they want in life. Whenever someone rich and powerful needs something handled in Los Angeles, but do not want to get their hands dirty, they go to the titular Ray Donovan, the South Boston resident who works for a powerful Los Angeles law firm. Through a combination of bribery and threats, Ray almost always delivers.

The show is currently on Season 7 and the last episode showed Ray make an important decision when it comes to his personal life and commitment issues. Meanwhile, Ray’s father, Mickey, tries to hunt down an old score. Both men seem to be trying to escape the lives they have built for themselves. This is the note on which the new episode picks up.

Naturally, you might be wondering about what goes down in Episode 6, and we are here to tell you that. However, first, let us walk you through when and where you can watch the upcoming episode of ‘Ray Donovan’.

Ray Donovan Season 7 Episode 7 Release Date: When Will It Premiere?

‘Ray Donovan’ Season 7 Episode 7 is slated to release on Sunday, December 29, 2019, at 8 p.m. ET on Showtime. Titled ‘The Transfer Agent’, the upcoming episode is helmed by Kyra Sedgwick. Mickey finally hits upon the truth of what happened during the heist and is not afraid to go out to get his fair share of the money. As Ray determines it necessary to track down Mickey by any means, he reflects on his early days with Jim Sullivan.

The easiest way to see ‘Ray Donovan’ is on television because it is a Showtime series. However, you can also head to the channel’s platform if you cannot access a television set. Showtime can be added to Hulu and Amazon Prime’s existing packs for an additional cost, which will let you access all of the network’s content. Other providers like Apple Tv App, AT&T Tv, Fubo Tv, The Roku Channel, Sling, and YouTube Tv, can also be used to access Showtime.

Episode 7, titled ‘Inside Story’ shows us a side of Ray Donovan we know all too well. We see the man looking out for his family once again. However, it happens to come at a time when Ray is finally in a happy place and able to think for himself. His peace is upended by family members and clients all needing some favors from him. It becomes abundantly clear once again that Ray goes above and beyond to keep his family afloat.

We see Ray and Molly about to spend some quality time together, only to be interrupted by his daughter, Bridget. She asks him how to save a failing marriage where one of them has cheated. Before Ray can help out, Bunchy shows up as well, speaking about his guilt. There is absolutely no escaping the life because Jim Sullivan has his own problems to unload on Ray. He speaks about the guys from the heist getting knocked off, believing Mickey to behind the deed. Ray is skeptical but decides to check it out. Once he is on the trail, it becomes crystal clear that it is indeed Mickey.

Meanwhile, Daryll seems to have gotten in deep with Mickey and has killed someone while rolling with him. In fact, by the end of the episode, he seems to have beaten up Ray as well. There is no respite as Mickey is headed down a destructive path, forcing Ray to sacrifice his immediate happiness once again to rescue a member of the Donovan family.