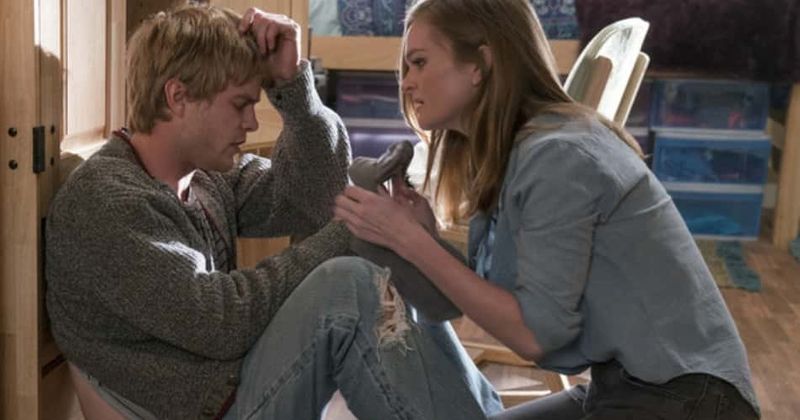 ‘Ray Donovan‘ has the distinction of being one of Showtime’s most popular offerings. It gives us a look into the morally gray world of the former South Boston resident, where the rich get their way through bribes or threats. Ray operates in Los Angeles, working for a law firm as a fixer. His job is simply defined. He has to deliver on what the clients want of him. Naturally, Ray has his finger on the pulse of the city, doing whatever is necessary to get the results.

Over the seasons, we have seen many of Ray’s adventures and gotten to know the man and his family a little better. Now in Season 7, Ray can still be seen dealing with his personal problems, while his professional life demands constant attention as well. As a result, he cannot make time to enjoy a blooming relationship that he has going on.

The previous episode showed us that Ray is willing to go above and beyond for his family, as his time with Molly is cut short by the appearance of Ray’s daughter, who asks for some marital advice. Bunchy and Jim Sullivan have their own problems to dump on Ray, but what requires his immediate attention is the fact that Mickey is going off like a loose cannon. Daryll, who is rolling with him, has gotten in rather deep himself, and Ray has to reign them in.

This is where Episode 7 picks up from, and you must be wanting to know about what went down. We are here to tell you that, but first, let us briefly tell you about when and where to watch the upcoming ‘Ray Donovan’ episode.

Ray Donovan Season 7 Episode 8 Release Date: When Will It Premiere?

‘Ray Donovan’ Season 7 Episode 8 is slated to premiere on Sunday, January 5, 2020, at 8 p.m. ET on Showtime. The episode has been titled ‘Passport and a Gun’. The episode will see Ray and Smitty covering for their own actions, while Daryll’s plan lands him opposite Declan Sullivan. Meanwhile, Terry and Bunchy go upstate to settle some business with the Shaman.

‘Ray Donovan’ is a Showtime series, so the best way to watch it would be on the channel. However, for those without cable subscriptions, you can head to the channel’s platform. Since Showtime can be added to Hulu and Amazon Prime for an additional cost, subscribers to these platforms can watch ‘Ray Donovan’ there. Alternately, you might want to use options like DirecTV and NowTV. Other providers that will allow you to access Showtime include Apple Tv App, AT&T Tv, Fubo Tv, The Roku Channel, Sling, and YouTube Tv.

Episode 7 switches up the timeline between Ray’s past and present. In the past, we see Mickey as a father when Ray was growing up. As the details of the fatal heist are set up, where Mickey is eventually taken in by the cops, we realize how much Ray hates his father and wants to kill him. Jimmy, who set Mickey up, had talked Ray out of doing it once.

However, in the present day, Jimmy does not feel so much in control as Mickey grabs him with the help of Darryl and the rest. As the two hash out their beef over the heist, Jimmy makes it clear that he set Mickey up because the latter was doublecrossing him when it came to money. Furthermore, he offers Mickey a million dollars to make it right. However, Mickey turns it down and asks for half of the heist’s valuation. Jimmy calls him self righteous, but we have to feel for Mickey, who lost almost his entire family in one fell swoop due to the setup.

Obviously, Ray arrives and tries to get the situation under control. A lot of variables are to be factored, but Darryl gets the money from Jimmy’s transfer agent and heads to the subway without meeting Mickey. Ray tries to set things right in his own way when Sandy tells him that Mickey wants to do this to leave a legacy for Ray and his brothers. After Darryl’s disappearing act, Mickey still cannot get a hold of him.

Finally, Ray confronts his father, as they both have their guns pulled out. Mickey is ready to end Jimmy, while Ray is determined to put a stop to this madness. Mickey promises to make things right before he goes, using Ray’s trust in him to run out of the door before shots are fired. However, as Ray frees Jimmy, the latter asks if he still has it in him to kill his father.

It is a troubling proposition and we have to wait to see how the upcoming episode addresses this conundrum.