The Real Housewives of Atlanta S12 E13: Everything We Know 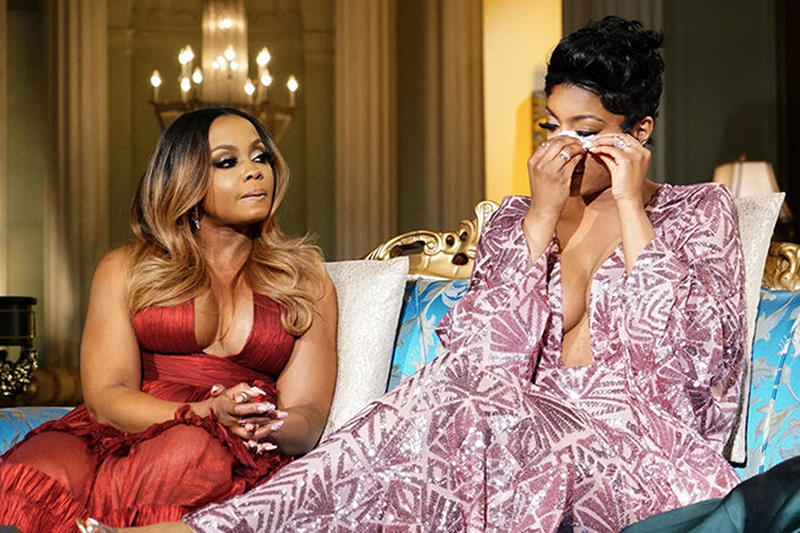 ‘The Real Housewives of Atlanta’, or ‘RHOA’, is the third installment of the ‘Real Housewives‘ franchise, and the reality tv series is currently on Season 12. We follow the wives and their friends as they get up to all sorts of drama.

The season is well underway, with twelve episodes out already. However, the show has gone on a break, which might make you wonder about when it will be back, and where to watch it. Not only have we got you covered in that regard, but we also bring you a short recap of what has happened until now, in the season, so you are all caught up with the latest shenanigans.

When is Real Housewives of Atlanta Season 12 Episode 13 Release Date?

‘The Real Housewives of Atlanta’ Season 12 Episode 13 is slated to return on Sunday, February 9, 2020, at 8 pm ET/PT on Bravo Tv. Titled, “Hot Tea with a Side of Cookies” the episode will see the tiff continue between Kenya and Tanya, with Cynthia doing her best to bring the two together.

Where to Stream Real Housewives of Atlanta Season 12 Episode 13 Online?

‘The Real Housewives of Atlanta’ is a Bravo Tv show, so the simplest way to watch it is with a cable connection. If you don’t have one, head to their site, and stream the episodes. Cord cutters have numerous options open to them like Fubo Tv, DirecTv, Sling Tv, and YouTube Tv.

As you know, Porsha, NeNe, Eva, Kandi, Cynthia, and Kenya are the central cast members in Season 12 of ‘RHOA’. The season starts with Porsha’s relationship with Dennis in a rocky place. The new mother comes across rumors that Dennis has been sleeping around, and suspects his infidelity. She is heartbroken and struggles to leave the house.

Todd and Kandi are in a good place, expecting another child. Meanwhile, a tiff brews between Kenya and Eva, since the latter did not invite her to a party. We also get to know Dennis cheated on Porsha while she was pregnant.

NeNe is one of the most beloved members of the cast, and while the first two episodes only teased her arrival, she shows up in Episode 3. Much to the excitement of viewers, she is still with Greg, her husband, after his cancer treatment.

NeNe quickly stirs up trouble by dissing Cynthia, who bonds with Eva after a slight misunderstanding. Kandi and Todd, meanwhile, marvel at the process of surrogacy. As the season progresses, we see many of the women address their rocky, or even dying marriages. Among them are Kenya, whose dominating husband is mostly away, or doting on their daughter, and Porsha, who does not see a way back with Dennis.

However, the women on the show can show a fierce side, along with their vulnerability. This becomes evident when Kenya and NeNe nearly come to blows about the identity of a ‘snake’ amongst them. Basically, Yovanna has been handing out information, causing disharmony in the group. The episode also sees a silver lining for Porsha, when Dennis is genuinely apologetic and flies out to propose to her.

As for the latest episode, we see Tanya, who has remained above the fray, step into trouble. This occurs mostly because she reveals that Kenya wears a wig. The latter takes it as an affront and an attempt to embarrass her, although Cynthia suggests taking it down a notch. It seems Kenya is willing to throw shade at Tanya now, which must make the upcoming episodes all the more exciting.