When Will The Real Housewives of Dallas Season 5 Premiere on Bravo? 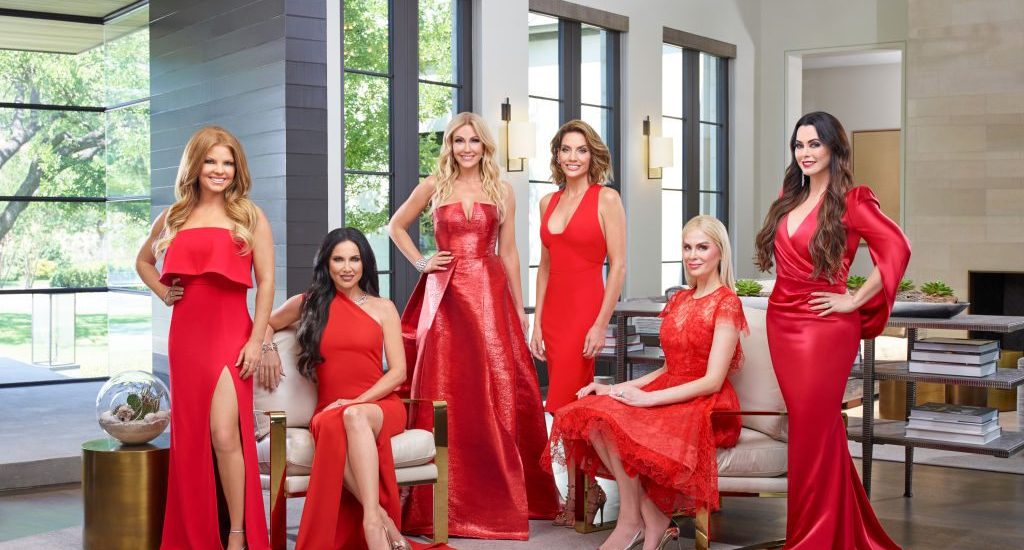 ‘The Real Housewives of Dallas’ AKA ‘RHOD’ is a reality tv series, which follows the personal and professional lives of women residing in the Lone Star State. This Bravo show is the ninth installment of the ‘The Real Housewives’ franchise and showcases some of the prominent socialites in the state, who are full of Texas pride. Yes, these women are not to be messed with!

Lending a real-time view into the drama-packed lives of elite ladies, set against the exciting backdrop of Texas, ‘RHOD’ adds the same punch to its storyline — just like we see in all of the other titles from this fan-favorite franchise.

The show has had four successful seasons so far. Now the question is, will there be a ‘The Real Housewives of Dallas’ season 5? Let’s find out.

The Real Housewives of Dallas Season 5 Release Date: When Will It Premiere?

As far as the next season goes, we don’t have an official announcement yet. However, their official Instagram page has announced a casting call for season 5 hopefuls, where it says that Bravo is looking for “upscale, affluent, dynamic women living fabulous and glamorous lives” to join the new season.

Additionally, considering how well all the shows in Real Housewives franchise do in terms of ratings, it is unlikely that the network will pull the plug on RHOD anytime soon. Our best guess is that ‘The Real Housewives of Dallas’ season 5 can release sometime in August 2020. We will update this section as soon as we hear more.

The Real Housewives of Dallas Cast: Who is in it?

The current cast of ‘RHOD’ brings in more of Texas-sized drama by reintroducing Brandi Redmond, D’Andra Simmons, Kameron Westcott, LeeAnne Locken, and Stephanie Hollman as the leading ladies. Fan-favorite Cary Deuber also joins the cast. But in season 4, she makes a comeback as a friend. A new entry in season 4 is Kary Brittingham.

Brandi is a former All-Star, Pro-Bowl, and five-time Dallas Cowboys Cheerleader. She has no problem adjusting in the Dallas drama and is definitely not afraid to speak her mind. Humorous and having a fun-loving attitude, she is a Dallas resident for the last 25 years and had graduated from Texas Woman’s University.

Kameron spent her growing-up years in Montecito, California, and landed in Texas to start attending Southern Methodist University. Married to Court Westcott, she is from the prominent Westcott clan and resides in the elite neighborhood of Highland Park. She lives with her kids, a Russian Bulldog, Chunk, and a Yorkie, Louis Vuitton. Kameron loves everything pink and her tagline goes as: “Blonde by birth, pink by choice.” A leading socialite in the charity sphere, she is a firm believer of “the Dallas way” and has a huge social circle.

On the other hand, the strong and spirited LeeAnne grew up in the carnival circuit and was among the Top 10 participants in the 1989 Miss USA Pageant. She has always been in the limelight, making appearances on multiple television shows and movies. Currently, she is the face of several charitable organizations in Dallas. She has also launched an Infinity Dress that can be worn in 164 different ways!

Stephanie, a native of Oklahoma, is currently a Dallas resident and lives with her husband, Travis. She has two sons Chance and Cruz. Born in Connecticut and bred in Ohio, Cary is a certified registered first nurse assistant and stays in Dallas with her successful husband, Dr. Mark Deuber, a renowned plastic surgeon. She has one biological daughter, two step-kids and three dogs. Cary has a good heart but it is her signature sarcastic style that makes her such a fan-favorite on the show.

D’Andra is an original Dallas resident, hails from a wealthy family, and is a leading figure in the state’s social scene. She stays in the elite Highland Park neighborhood with her photojournalist husband, Jeremy.

In season 4, D’Andra introduces another fresh cast member to the group, her new friend Kary Brittingham, a native of Mexico. A feisty female, Kary does not shy away from the truth and forges quick friendships with the ladies. However, her first interaction with LeeAnne does not get off on a good note. Kary and her husband have a daughter, and she has three children from her previous marriage.

Season 5, when it returns, is expected to feature all the ladies in their leading roles. We might see some of them being changed to the friend status and some new names being introduced in the mix as evident from the current casting call by Bravo.

What is The Real Housewives of Dallas about?

‘RHOD’ Season 4 continues the story from where the third season left off — by introducing some major personal and professional changes in the lives of the ladies. Of course, there’s also the continuation of LeeAnne and D’Andra’s cold war, Brandi rethinking if she should expand her family further, Stephanie getting involved in a conflict, and Kameron returning to preach etiquette principles. Additionally, the girls get ready for an unforgettable trip to Thailand and LeeAnne’s preps up for her wedding to Rich Emberlin.

Brandi’s daughter’s pet bunny sadly passes away and the family contemplates if they should adopt another one. She even gets into a heated argument with Kameron. Toward the end of season 4, D’Andra has a discussion with her mom, Mamma Dee, about the family’s future financial stability, whereas Kary Brittingham gets confrontational with LeeAnne Locken about the latter’s racist ‘Chirpy Mexican’ comment.

Yes, the fourth season packs in the same amount of showdowns and fights. And we can’t wait for the drama to unfold further in the fifth season as well.

Below is the official trailer for season 4 of RHOD.