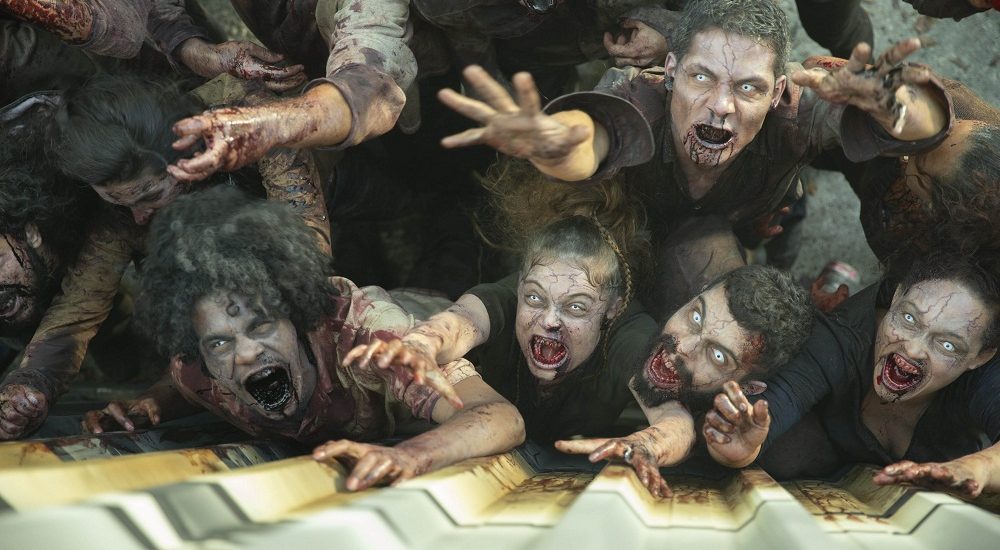 Netflix’s new zombie series, ‘Reality Z’ is inspired by Charlie Brooker’s ‘Dead Set’. Along with all of its bloody zombie-centric glory, the show also has an undercurrent of satire that primarily alludes to reality TV and our undying obsession with it. ‘Reality Z’ adopts these themes without becoming too heavy-handed and keeps you captivated almost throughout its runtime. But the ones who have seen it might still be a little topsy-turvy about some of its underlying plot points. So here’s a detailed explanation of the series.

The Olympus is a renowned reality show run by Brandão, who cares about nothing but his show’s TRP. In the house of Olympus, the contestants of the reality show await the result of their eviction night while a zombie apocalypse breaks loose in the outside world. Even the showrunners, including Brandão, seem to be so involved in the scandalous lives of their contestants that they completely disregard all the warnings that show up on news channels. That’s when a zombie enters the premise of the Olympus and starts infecting all the crew involved with the show. To escape this, Nina, a crew member, rushes into the confined home of the contestants while Brandão finds shelter in the same complex along with Jessica, the evicted contestant.

The housemates of the reality show, who have no clue about what’s going on in the world outside, meet Nina’s apocalyptic claims with a lot of skepticism. In the meantime, back in the real world, Ana and her son, Leo, realize that the condition of the world is worsening by the minute and they need to find a safe place before its too late. This is when Ana, who previously worked as a crew member of the Olympus home suggests that she and her son should head over to the Olympus home as it offers a highly sustainable environment. Along the way, they run into a corrupt politician named Levi, his police escorts, his prisoner Teresa, and his assistant. When Levi tries to steal their car, Ana negotiates with them and convinces them that the Olympus home is where they should be heading.

In the meantime, back the Olympus home, a hefty conflict ensues between the contestants and Brandão, who tries to establish himself as the leader of the place. This conflict does not end too well as it opens the gates for the zombies to enter the premise of the home. As a result, all the contestants, including Nina, are attacked and they either become zombie food or turn into the living dead themselves. Soon after this, Levi, his crew, and the mother-son pair make their way into the home.

At first, all of them celebrate their survival. But they soon realize that they will eventually run out of supplies and in order to defeat the zombies that surround their home, they’ll need more people. Levi, being the leader that he is, records a distress call from the home claiming that the Olympus home can offer food, shelter, and protection to anyone who has survived the zombie action outside. And before they know it, survivors start showing up at their porch to seek shelter. This marks the inception of a whole new “reality show. ”

Reality TV at its Worst 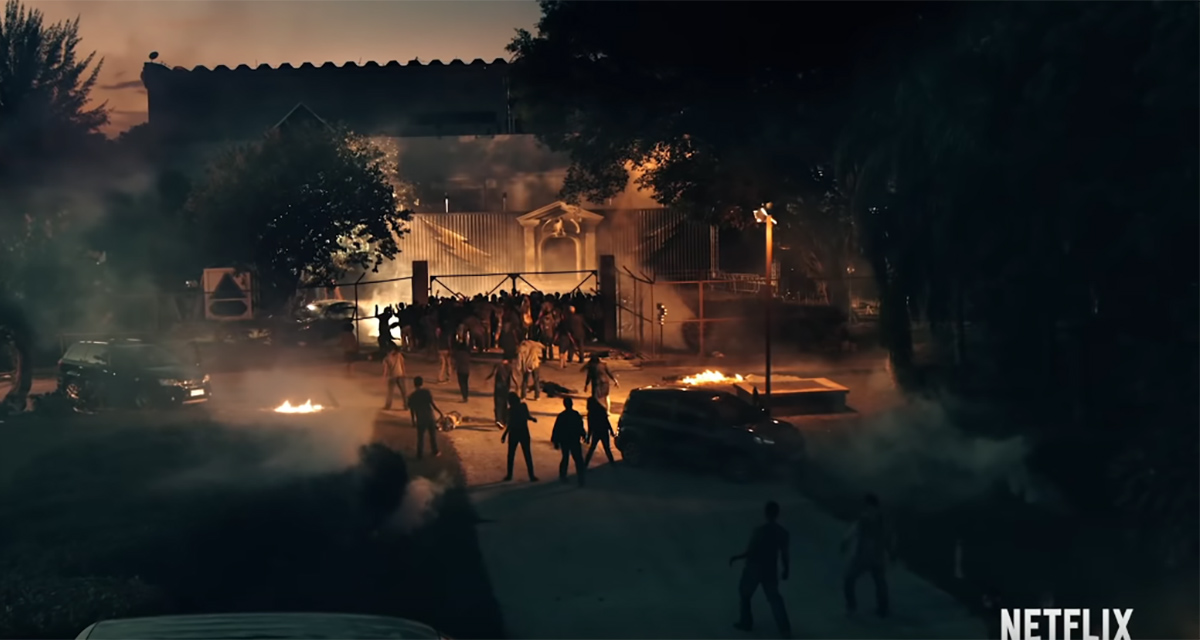 Three people—two men and a woman—show up at their door to seek shelter. But instead of letting them in, Levi and the others judge these people based on what they look like and a conflict of opinions ensues. But eventually, they arrive at the conclusion of letting all of them in. After battling more zombies with their own growing army, they realize that one of the two men, who they let in, was a thug even though he claimed that he was a doctor. This makes them reconsider their choices of letting people inside the home. During these moments, the show alludes to how in reality shows, we often see a very one-dimensional aspect of the personalities of people. Many of them can simply fake who they are while on television, which, in turn, contradicts the whole idea of “reality TV”.

Following this event, more people show up to stay with them, but this time around, to be more careful about who they let in, Levi suggests a game to screen them out. Levi here, being the clever politician that he is, serves more as a dictator. He convinces everyone that he is simply adopting a democratic way of settling things in the home. But he actually sets out to slowly take control over everything that’s going on in the home. He eventually becomes the “Big Brother” or “Zeus” of the Olympus home, who tries to control them purely for his own pleasure.

More than being a typical slasher zombie series, ‘Reality Z’ is more about the dynamics between its characters who fail to keep it together during a crisis. While Levi continues to play his wicked little games, Teresa realizes what he’s up to and tries to bring an end to his rule. In the meantime, more people show up to seek shelter at the grand Olympus home. In the final moments of the series, hell breaks loose in the Olympus home because the ones who live inside it are unable to establish a common ground. At the same time, people like Levi don’t give up on their corrupt methods of leadership.

With this, the gates of Olympus open up again for the zombies outside. In the closing scene, no one is spared. But before becoming zombie food, Teresa takes a video recording on her phone and hides the phone inside a loose brick in the wall, hoping that someone would later find it. The ending basically shows that Teresa, along with others in the home, learned a crucial lesson—the real chaos and threat was not outside but has always been inside their home. All of them could have easily survived a little longer if it wasn’t for Levi’s corrupt rule over them. Moreover, in hindsight, reality TV shows like ‘Big Brother’ are actually about people who seek a huge following, and if you think about it, that’s exactly what the characters of ‘Reality Z” get; with the only difference being that they get “followers” in the form of zombies.