Will There be a ReBoot The Guardian Code Season 3 on Netflix? 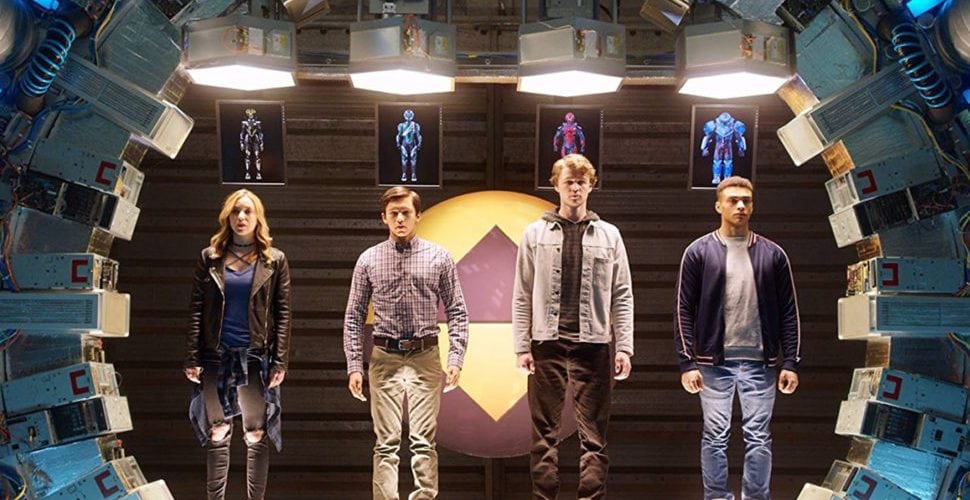 ‘ReBoot: The Guardian Code’ is a Canadian live-action/computer-animated television series that airs on YTV in Canada and is available on Netflix for international audiences. Created by Michael Hefferon, the show is based on another cult-classic Canadian computer-animated television series by Gavin Blair, Ian Pearson, Phil Mitchell, and John Grace called’ ReBoot’, which aired in Canada from 1994 to 2001. In a similar vein to the original show, ‘ReBoot: The Guardian Code’ follows four “guardians” who protect cyberspace.

The roots of ‘ReBoot: The Guardian Code’ go back quite a few years – the show was first announced in 2013, and Deadline reported in May 2015 that the show would be a hybrid live-action/computer-animated one. Casting calls for the show went out in May 2016, and Season 1 premiered on Netflix less than two years later, on March 30, 2018.

Oddly enough, the Canadian release of Season 1 took place later, on June 4, 2018. Although the show did not get much praise, it was renewed anyway, and Season 2 premiered in the same year – on June 20 in Canada, and on September 28 on Netflix. Since then, fans of the show have been awaiting a renewal announcement and hoping for a third season. Here’s everything we know about ReBoot: The Guardian Code Season 3.

ReBoot: The Guardian Code Cast: Who is in it?

As far as the cast is concerned, the show has quite a few cast members. Among the guardians, Ty Wood plays Austin Carter a.k.a. Vector, Sydney Scotia plays Tamra a.k.a. Enigma, Ajay Friese plays Parker a.k.a. Googz, and Gabriel Darku as Trey Davies a.k.a. D-Frag.

Apart from the aforementioned cast members, there are several other cast members who play the roles of minor characters who make episodic appearances. If the show does get renewed for a third season, and additions to the cast are announced, we’ll be sure to update this section to reflect the same.

ReBoot: The Guardian Code Plot: What is it about?

In terms of plot, ‘ReBoot: The Guardian Code’ uses very a generic plotline. Four teenagers – Austin, Tamra, Parker, and Trey – who are the best performers in an online game meet at a hi-tech school called the Alan Turing High School and become friends. Soon, they are recruited by Vera, an AI entity in human form, and given powers so that they can protect the cyberspace. Throughout the show, we see the four guardians – Vector, Enigma, Googz, and D-Frag – battle a human hacker called The Sourcerer who, unbeknownst to them, is actually Austin’s father infected with malicious software called “dark code”. Using dark code, the Sourcerer terrorizes the world’s computer systems, and following his first encounter with the guardians, he awakens Megabyte, a virus from the original ‘ReBoot’ series, to help him fight the guardians.

While the plot of the show is inspired by ‘ReBoot’ and is a new spin on the original show’s plot, it has been criticized by many fans of the original show. Despite having technology which is two decades more advanced than the original show, ‘ReBoot: The Guardian Code’ has disappointing visuals which aren’t really worthy of a 2018 partly-computer-animated show.

Further, if you’re against the idea of putting live-action heroes into computer-animated universes, then you’re going to have a hard time watching the show, especially owing to the fact that action sequences are very clunky. Further, the script is plain bad, and the filming techniques remind one of the ‘Power Rangers’ franchise, which can’t exactly be considered to be the epitome of filmmaking. Additionally, the show, for the most part, is extremely slow-paced and doesn’t give viewers any reason to continue watching it till the point the plot and the characters actually come into life.

That being said, the only redeeming quality of the show is its cast, who put in great performances and share great on-screen chemistry, thereby bringing some life into an otherwise lifeless show.

Unsurprisingly, viewers have not taken kindly to ‘ReBoot: The Guardian Code’, and it has a dismal rating of 3.8/10 on IMDb.

ReBoot: The Guardian Code Season 3 Release Date: When will it premiere?

ReBoot: The Guardian Code Season 2 premiered on September 28, 2018. Since then, no renewal announcements have been made. Thus, in the absence of any information, it’s impossible to say whether the show will be returning.