Reflecting on the Oscars: Did ‘Moonlight’ Deserve to Win Best Picture?

Just when you think you have the answers or know the problem, the Academy pulls the rug right out from under you and stuns you like they did Sunday night. It does not matter anymore that the presentation of Best Picture got so screwed up, what matters is that ‘Moonlight’ won. Do you really understand how shocking and significant that is?

Since last September, in the immediate moments after ‘La La Land’ screened, that jubilant musical was on a path to the Acacdemy Award. As the months slipped by, it became a shoo in, and days away, nothing could stop the ‘La La Land’ juggernaut. Just hours before it was predicted to win ten, possibly eleven awards! I had begun to think we writers were part of the problem in making the Academy Awards anti-climatic, I mean we had been writing and predicting and studying the shifts since September!!

It began to go off the rails for ‘La La Land’ when it lost Best Film Editing to ‘Hacksaw Ridge’. The Best Picture often wins this award, though in recent years that has changed. I still believe the film deserved the editing award, but when it lost, you could sense a shift. Sure it won six along the way, but not the nine that had been predicted, the Best Picture award being the magic tenth. And then it won, and then it had not, and Moonlight was the last film standing.

Beyond the nightmare that happened at the end of the night, ‘Moonlight’ winning was a knock the air out of you moment, one of the most staggeringly unexpected wins in Oscar history. I dare say this was most shocking than Saving Private Ryan (1998) losing to Shakespeare in Love (1998). It seems to say there are no sure things, except if you are Viola Davis, and the Academy is still capable of surprises. It seems to scream the Academy is changing, and small, intimate films are being recognized for the works of art they are. It seems to shout that the Academy is younger, finally, and changing. Twelve years ago the Academy refused to give ‘Brokeback Mountain’ their Best Picture, seeming to refuse to award a film dealing openly with homosexuality. They have grown in that time, leaps and bounds.

I truly hope this is not a product of showing up those who screamed about Oscars so white. If so, than they shafted a wonderful, original musical by voting for a small film they did not believe it in. ‘Moonlight’ was a very good film, powerfully acted, well directed and written, but I must confess I did not love the film, I liked it. The breaking down of the stereotypical black drug dealer, making him a decent man, a good man doing a bad thing, a father figure to a confused little boy. Readers know my choice of the years best film was ‘Manchester By the Sea’, which won two Oscars, Best Actor and Screenplay. 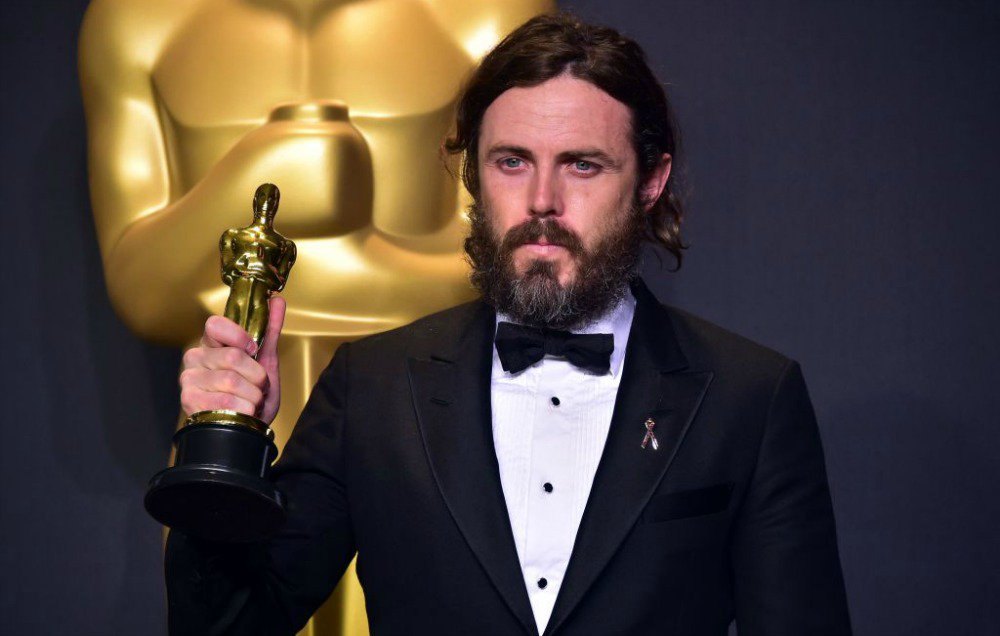 Had they honored Denzel Washington for ‘Fences’ I would have howled foul, as it would have been an obvious attempt to display how progressive the Academy had become in a year. Three of the four acting awards given to black artists, in addition to Best Picture? If deserving sure, but Affleck had so dominated the awards up until SAG, it would not have made sense. Affleck gave the better performance, and was awarded for it. In addition, the Academy showed Fox Studios they were willing to go for the work and ignore the issues hounding Affleck about sexual harassment. Had Fox stood beside Nate Parker and ‘The Birth of a Nation’, just a little bit, it too might have been in the race. Instead they ran away as fast as the French did when Germany invaded, giving up. Sex scandal? RUN! Did not matter that he was acquitted, run away from the man. The Academy showed, for better or worse they were willing to focus on the work, the achievement and not allow the past to impact what they thought was best.

I do not believe they should have honored Roman Polanski for The Pianist (2002) because the man was found guilty of statutory rape and fled the country before being sentenced to live as a fugitive in Europe, but that is me. Affleck was not found guilty of a crime, nor was Parker, and their extraordinary work deserved to be so honored. Did the Academy grow up a bit this year? The Oscar for Best Picture was La La Land’s, everyone said so, myself included, but instead they awarded a film that explored the black experience, two performances did the same, they honored black screenwriters, and a massive documentary that detailed how the OJ Simpson trial impacted America. Three of the nine films nominated for Best Picture explored black America, six performances came from black actors, and a black director was nominated for Best Director. Progress was made for sure. None of this matters now, 2016 is in the books as history. Hopefully the progression showed this year continues in the years to come. Maybe a day will come when all four winning actors are black, the winning director is black, and the best film is about the black experience. I hope for that too, and not just blacks but all colors, all artists, because in art, there are no colors, there can never be.