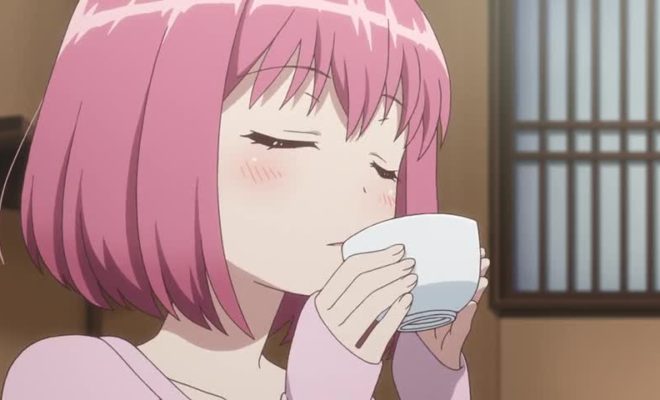 Release the Spyce (also known as Rirīsu za Supaisu in Japanese) is an action anime television series created by Sorasaki F., Takahiro, and Namori, and produced by ASCII Media Works. Prior to the release of the show, ASCII Media Works laid the ground for its success by releasing a manga series, titled Release the Spyce: Naisho no Mission, and a light novel series, titled Release the Spyce: Golden Genesis, between January and December 2018 and February and November 2018 respectively. Before either of the series came to an end, Season 1 of the show, animated by Lay-duce, premiered in Japan on October 7, 2018. In spite of being new in the market and having no existing fan base, the show, in particular, got pretty good ratings and became quite popular at the time of its release. Since then, fans have been waiting to hear news on a second season and here’s everything we know about the prospects of Season 2 thus far.

Release the Spyce Season 2 Release Date: When will it premiere?

Release the Spice season 1, consisting of 12 episodes, premiered on October 7, 2018 and ran till December 23 of the same year. In spite of the popularity the show enjoyed shortly after release, a second season has not been announced yet.

Whether a renewal is announced in the first place is a different ball game altogether. Firstly, both the manga series and the light novel series have concluded, thereby ensuring that there’s no new material to base a new season on. Secondly, Season 1 ended on a note which seemed pretty conclusive, and its unlikely that a second season will be made anytime soon. However, the anime industry is an unpredictable one, and the possibility of a second season also depends on how the show performs in terms of generating revenue from Blu-Ray / DVD sales and streaming. If Release the Spyce manages to become a commercial hit, then a second season could probably be made in future. Unfortunately, we won’t know what fate has befallen the show until Lay-duce makes an official announcement on its future. We’re keeping our ears open for news on Release the Spyce Season 2 release date and we’ll update this section as soon as we hear something reliable.

For those who like watching anime shows in English, the good news is that Release the Spyce has a pretty decent English dub which was made keeping the show’s international fanbase in mind. If you want to watch the show in English, you can find dubbed episodes on Hidive and Anime-Planet.

Like many anime shows, Release the Spyce has a rather absurd plot, but it doesn’t make the show any less enjoyable.

The show revolves around a girl named Momo Minamoto, who appears to be a regular high school student living and studying in the city of Sorasaki. However, not everything about Momo meets the eye and secretly, she’s part of a group known as Tsukikage, which consists of high school female spies who get powers from consuming special spices.

Shortly after Momo becomes the newest recruit of Tsukikage, the leader of the group, Yuki Hanzoumon, mentors her and prepares her to fight against a massive global crime syndicate. After Momo finishes honing her skills and powers, she, along with her comrades, embarks on a series of dangerous and dark missions to keep Sorasaki safe from the crime syndicate. The show follows these exploits of hers and documents how she grows from a rookie to a professional spy.

Release the Spyce has several characters and the some members of Tsukikage make up the list of main characters in the show. Below, we’ve provided you with brief backgrounds on each of them.

Momo Minamoto: The main protagonist of the show, Momo is a second year student at the Sorasaki High School and appears to be just like any other student. However, she becomes the newest member of the spy group known as Tsukikage, in part because of her strong desire to be like her late father, who was a police officer in charge of protecting the city of Sorasaki. Momo’s powers include powerful eyesight, a strong sense of smell, and the ability to understand the physical condition of a person just by licking them.

Yuki Hanzoumon: A very important character in the show, Yuki is a third year student at the Sorasaki High School and the leader of Tsukikage. Yuki is nothing less than a veteran, and had lost her right eye in a mission two years prior to the events of the show. After Momo joins Tsukikage, Yuki senses potential in her and takes up the responsibility of training her to become a competent and exceptional spy. Towards the end of the show, Yuki’s memory appears to get erased but the last scene indicates that she did not lose her memories.

Mei Yachiyo: Another important character in the show, Mei is also a second year student at the Sorasaki High School, and is Momo’s classmate. She is also a member of Tsukikage, and is in charge of training a youngster named Fuu. Mei specializes in gathering intelligence by playing the guitar and holding street performances. Later in the show, it is revealed that she is a mole for the global crime syndicate, Moryo, and is the one responsible for leaking Tuskikage intel to Moryo. Even later, in another twist, it is revealed that Mei is actually a triple agent.

Kurara Tendou: Although not a main character, Kurara is an important supporting character in the show. She is the head of the evil Moryo crime syndicate and gives her minions special jelly to make them more powerful. If people under her fail their missions, she punishes them by wiping their memories.