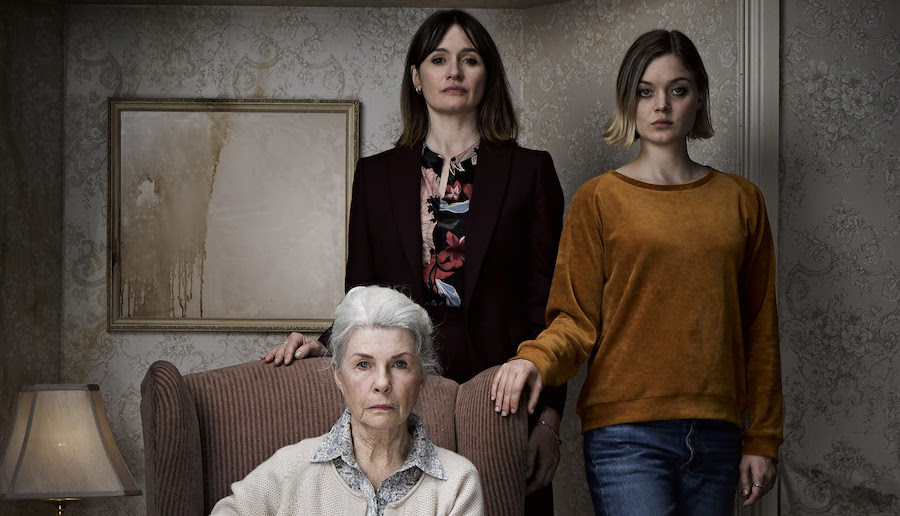 The definition of scary varies for everyone, but one thing that everyone will agree on is the fact that the closer and more tangible something is, the scarier it gets. A ghost or a monster will not be as scary as something that you can personally relate to. The terrors of mind are much worse than any that we might encounter in the dark corners of our rooms, and the films that capture this feeling are the ones that succeed in making their mark. ‘Relic’ (2020) uses such an idea exceptionally to its advantage and delivers a movie that not only gives you interesting jump scares, but also gives you a lot to think about your own life. If you haven’t seen the film yet, bookmark this explainer for later. Find all the places where you can watch ‘Relic’ here. SPOILERS AHEAD

Kay and her daughter, Sam, return to her hometown to look for her mother, Edna, who has not been seen and hasn’t been in contact with anyone for a few days. Kay and Sam don’t find Edna at her house, which is rotting from all sides. They file a missing person report and a search party is sent out for her. Surprisingly, Edna returns home three days later with no memory of where she had been and what happened to her. While her return is relieving to her daughter and granddaughter, it all makes things creepier and scarier around the house.

After finding out about the incident with Jamie, where he was locked in the closet by Edna, Sam decides to look into the closet herself. Edna had previously mentioned that the intruder she had been scared of probably found his way in through the closet, which leads her to dig further in. She discovers that the closet is bigger than it appears, and after passing through several turns, she finds herself trapped inside it.

Meanwhile, Kay witnesses strange signs in her mother and eventually discovers that her mother is not the same anymore. After she is attacked by the entity, she runs for safety, which reunites her and Sam. After a scuffle, they manage to escape the grasp of whatever Edna has become and make their way out of the house. While Sam insists on running away, Kay tells her that she can’t leave her mother alone. She goes back inside the house and takes Edna to the bedroom. As she undresses her, she sees that her mother’s skin is withering away. She peels off all of it and a strange, decayed being is left in front of her. Sam, too, comes inside to witness the transformation of her grandmother. They lie together side by side, and Sam notices a black bruise, similar to the ones on Edna’s body, on Kay’s back.

What does Relic mean?

The essence of ‘Relic’ lies in family, love, and death. The movie uses the concept of an illness to create the horror that forces the audience to look within rather than without. The scary monsters don’t lurk in the shadows of the room but inside one’s mind. In this movie, that monster, if you really want to pinpoint it, is dementia. You could also view this from the lens of old age, death, isolation, or Alzheimer’s. The movie remains very open in that sense, allowing you to draw from your own sentiments, based on your own experiences. It can be one of those feelings or all of them, and it would still make sense from every angle.

The title of the movie very aptly conveys the sum of the final scene. It tells us that no matter what we do in our lives, all of us eventually end up at the same place, and what remains of us is the relic of all the things that we used to be. This is what becomes of Edna in the end. After the death of her husband, her health degrades too and she falls deeper into the pit of age and dementia. The festering rot inside the house is a representation of the rotting of Edna’s brain.

In that sense, the closet becomes the part of her brain that houses memories. It is stuffed with all the boxes, gifts, photo albums, and everything else that Edna has collected throughout her life. These things are the remnants of the life she used to have, but now all of that is locked away inside the closet. The scene with Sam going deeper inside the closet and getting stuck inside is a representation of her falling into the stack of all the things that her grandmother has forgotten. In the final half-hour of the film, Edna changes into a monster who hunts her own daughter. This indicates that her memories are completely lost, and as that happens we see the walls closing in on Sam who is inside the closet. 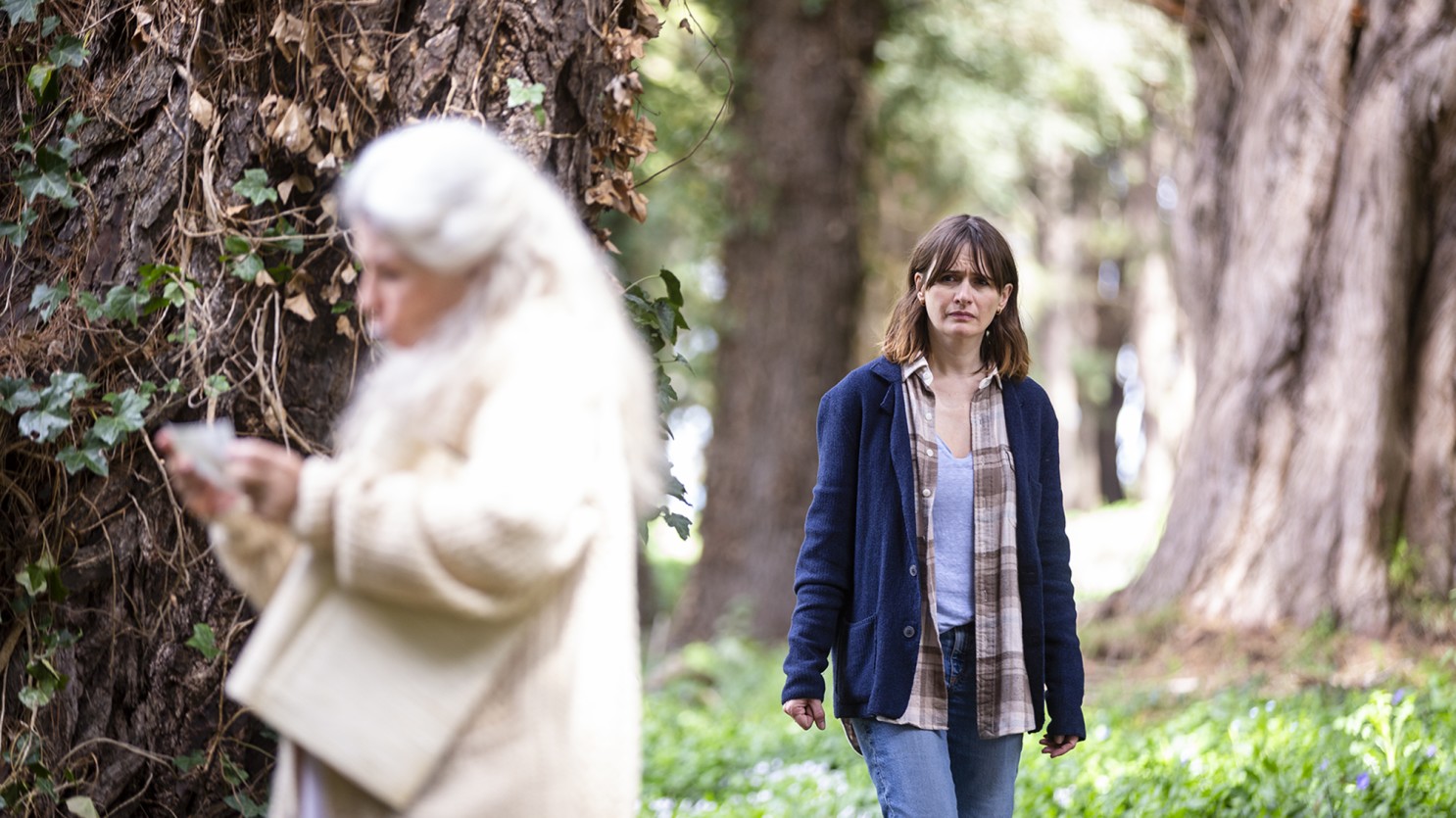 Rewind into the earlier half of the film and we find Edna trying to hold on to these memories. She eats the photos and buries the photo album. She wishes she could bury herself to safety because she is afraid of the malevolent entity inside her house. She thinks by doing this, she would be saving these memories, but that doesn’t happen. Sooner or later, she is to lose them all, and herself along with it.

A person is nothing without their memories and that’s what becomes of Edna in the end when she has completely forgotten everything, and it is in this stage that she appears a monster to her daughter and granddaughter. This particular moment in the film hits so close to home for the audience that we are forced to reconsider the way we have looked at old people. As they lose touch from reality and, even worse, from themselves, they become unwanted to the people around them. They become liabilities and are seen as monsters who will destroy you if they touch you. In such circumstances, they are often abandoned by the people, even those who love them the most.

The last scene of the film conveys the importance and the need, even if unwanted, of staying. All the horror that goes on inside the house is happening in Edna’s brain too. She feels things slipping from her grasp and she feels the walls closing in on her as her precious memories wither away. On top of that, the abandonment by her daughter, who wants to put her in a care home, makes her lose her mind even more. In any other film, running away would have meant the sad desertion of an elderly and them dying all alone in their house, as also happens to Kay’s uncle who had died in the cabin. But this is not any other film.

Kay finally understands that no matter what Edna becomes, due to her age or disease, she is still her mother and she still needs her care. So, instead of giving up on her, she decides to stay and be there for her until the end. She is not disgusted or reviled or horrified or scared of the final thing that her mother becomes once all her layers are shed away. She accepts her, along with the fact that this is the inevitability of life. The rot appearing on her, as seen by Sam, gives more standing to this idea. Death and disease will come for us all, but we can choose not to abandon those suffering from it. And, in turn, hope that we will be cared for too.