When Will ‘Rellik’ Return on Cinemax? 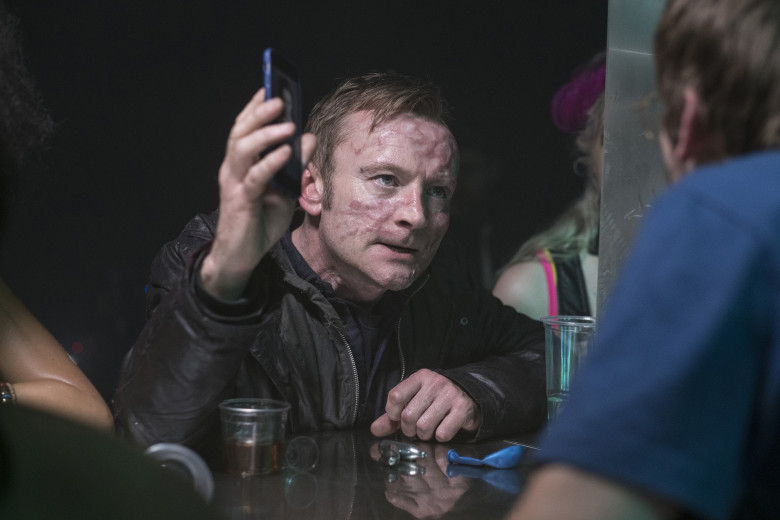 ‘Rellik’ is a crime television series produced by BBC One. Cinemax later joined in as one of the commissioners along with BBC. The show is created by brothers, Harry and Jack Williams. Other producers include Willow Grylls, Charlie Pattinson, Christopher Aird, and Ellaine Pyke. The show tells the story of Detective Chief Inspector, Gabriel Markham as he hunts for a serial killer.

What makes it stand apart, is that the show begins the tale backward and the detectives go on an obsessive hunt to catch the serial killer. Now the question is, will there be a ‘Relik’ Season 2? We will delve into that, but first, let’s quickly look into the details of the series

Rellik Cast: Who is in it?

Paterson Joseph plays Dr. Issac Taylor. Paterson is a British actor who has worked in theatre, television, films and as a voice-over artist. He appeared in the Royal Shakespeare Company productions of ‘King Lear’ and ‘Love’s Labour’s Lost’ for which he earned a lot of praise. He is known for his roles in films like ‘The Long Run’ (2000) and ‘The Other Man’ (2008). He is also known for his work in television shows like ‘Thunderbirds Are Go’ (2015), ‘Timeless’ (2016) and ‘Inside Obama’s White House’ (2016).

Rellik Plot: What is it about?

‘Rellik’ is a crime drama that tells the story of Detective Chief Inspector Gabriel Markham as he hunts for a serial killer. The killer has a pattern of using acid in each of his attacks. Gabriel himself has had a run with the killer in the past, which has scarred him permanently, both physically and mentally. Gabriel bears scars all over his face, a result of the acid attack on him by the killer.

‘Rellik’ begins with the encounter of the serial killer as we see Gabriel Markham who wears a satisfied yet confused expression. The specialty of ‘Relik’ is that the entire storyline runs backward. Brothers and creators, Harry and Jack Williams have experimented with this format with extreme precision.

The show thus moves from the death of the serial killer, towards incidents in the past. The show features the timeline regularly as it moves back in time to help us understand the overall timeline of the story. The name ‘Rellik’ itself is the reverse of ‘killer’ which is again an indication of the format of the show.

In an interview, Jack and Harry Williams suggested that during the process of writing ‘Rellik’, they focused on why should they follow such a format and the answer was always to find the motive. They further suggested that each action in our life and every choice we make is triggered by our motives. ‘Rellik’, thus explores this concept and tries to decipher the motive of each character in the show.

It explores the theory of how our actions define who we eventually become. Richard Dormer has brilliantly portrayed the character of Gabriel Markham as a desperately obsessed detective who cannot stop until he hunts down the killer. If you want to enjoy a fast and edge of the seat thrilling story, ‘Rellik’ is one show you should not miss.

Rellik Season 2 Release Date: When will it premiere?

‘Rellik’ Season 1 premiered on September 11, 2017, and ran until October 16, 2017, for six episodes. The series released on April 13, 2018, in the US. Audiences initially found the format of the show confusing. Due to this, the viewership for the show dropped from 4.96 million to 2.82 million in the second episode.

However, after the season finale, the show received positive reviews from critics and registered a win for the channel. ‘Rellik’ was created as a mini-series and as of now, there is no news of ‘Rellik’ Season 2, which might release later in 2020. Of course, since it will arrive in the UK before the US, we expect the US audiences to see it in 2021. We will keep you posted as we find out more.

Here’s the official trailer of ‘Rellik’ that will give you a better idea of the show.