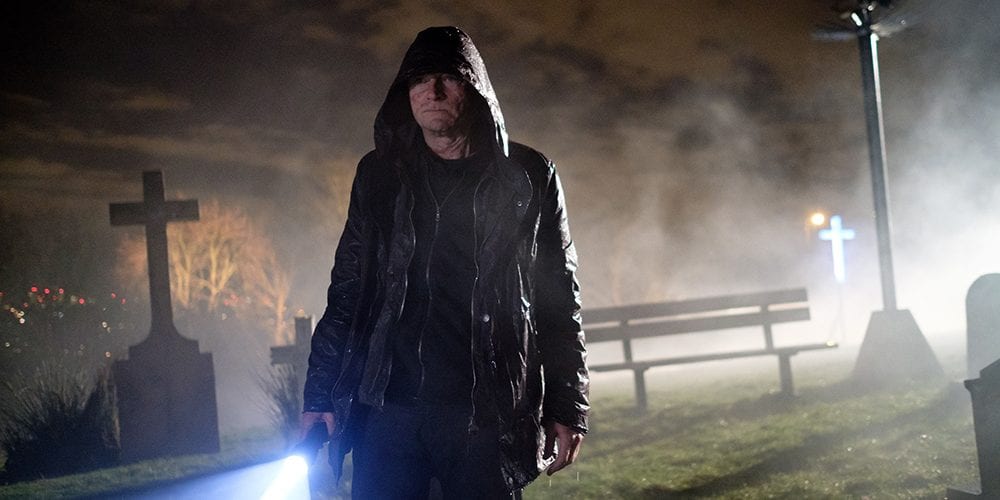 Rellik is a new American crime Television series that is produced by Two Brothers Pictures and distributed by all3media. The first season aired on 11th September 2017 on Cinemax in the United States. The credit for this series goes to the creators that include Harry Williams and Jack Williams. Starring Richard Dormer, Paterson Joseph, Jodi Balfour, Shannon Tarbet, Michael Shaeffer, Georgina Rich, LærkeWinther, Paul Rhys, and Rosalind Eleazar, the series chronicles around the life of crime detectives who are on a quest to find the criminal. Gabriel Markham is a police detective in U.K. who goes on a journey to find a serial killer who has scarred him mentally and physically.

The story starts from the arrest of the killer and is retracted to where it started. The series also unravels the mystery and the sequence of murders he has committed in reverse order. Police detective Gabriel gets partnered with Elaine to solve this case. This unusual duo tries to track down the killer who has left him damaged. The thing that makes this series unique from other series is that the show starts the tale from backwards and the detectives go on an obsessive hunt to catch the serial killer.

Rellik Season 2 Cast: Who is in it?

Rellik Season 2 Plot: What is it about?

Cinemax has brought a new Crime Drama and mystery series that centres around Gabriel Markham and his team. In the first season, Gabriel and his crew head out to look for the serial killer. They find some evidence that leads them to the potential suspect. Gabriel gets confused with the proof and his conviction at the scene of the last murder case. Later on, he meets the prime suspect of the murder. He loses his calm when the case reaches its climax. The team finds another dead body, and they suspect the same killer. After reading the first victim’s case, they suspect a new person. The situation becomes very complicated, and Gabriel seeks help from his team. He collects every piece of evidence that can lead him to the murderer but ends up putting his dear ones in jeopardy. “We didn’t want it to be a technical exercise,” the pair remarked, “so we had to ask ourselves why you’d tell a story that way. It became clear quite quickly that it was all about motive. That things happen for a reason, and those reasons lie in the past. So, what happens when you start at the end and find your way back to the past sounded like an interesting thing to explore.”

Rellik Season 2 Release Date: When will it premiere?

Cinemax has not given any details on whether Rellik season 2 will be renewed or not. The show has done well so far, so if you want to know more on the air date of season 2, then bookmark this page.

For now, you can watch the trailer for season 1 below.