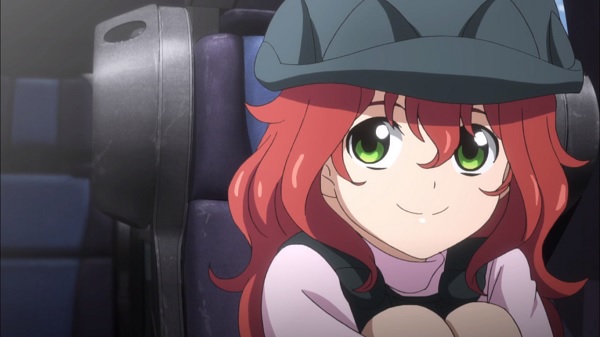 RErideD: Derrida, who leaps through time (also known as RErideD: Tokigoe no Derrida in Japanese) is a science fiction anime television series produced by Japanese anime studio Geek Toys. Directed by Takuya Satō with designs by illustrator Yoshitoshi ABe, Season 1 of RErideD: Derrida, who leaps through time premiered in Japan on September 22, 2018. While the anime show was not deemed to be a great one, it succeeded in amassing its own set of followers, who have been eagerly waiting for news on a second season. Here’s everything we know about the prospects of Season 2 thus far.

RErideD: Derrida, who leaps through time Season 2 Release Date: When will it premiere?

RErideD: Derrida, who leaps through time season 1, consisting of 12 episodes, premiered on September 22, 2018 and ran till November 21 of the same year. However, since then, no announcements have been made on the future of the show.

That being said, there’s no reason to get worried just yet. Anime shows sometimes take five years to renew, and hence, there’s plenty of time left for Geek Toys to announce a second season. Further, since RErideD: Derrida, who leaps through time is not based on any manga series, its creators are free to take any creative direction they want, and hence we think there’s a good chance that the show will return for a second season. If that happens, our best guess is that RErideD season 2 release date could be sometime in 2021. We’re keeping our ears open for news on Season 2 of RErideD: Derrida, who leaps through time and we’ll update this section as soon as we hear something.

For those who like watching anime shows in English, the good news is that RErideD: Derrida, who leaps through time has a great English dub which was made specifically for the show’s international audience. If you want to watch the show in English, you can find dubbed episodes on Funimation, Crunchyroll, and Amazon Prime.

RErideD: Derrida, who leaps through time is set in the year 2050 and has time travel elements in it.

It follows a young engineer by the name of Derrida Yvain who rises to fame for his contributions in building an artificial intelligence (AI) program called Autonomous Machine DZ for a manufacturing company called Rebuild, which was founded by his father. After enjoying a significant amount of fame, Derrida and his colleague Nathan, one day discover a major flaw in the DZs and try to warn their superiors. However, Derrida and Nathan’s warnings are not heeded and despite their reluctance to not let the flaw slip, they eventually decide to put off taking any drastic measures.

Subsequently, Derrida and Nathan go and attend Nathan’s daughter Mage’s birthday party and spend a day in peace. The next day, however, their lives take an unexpected turn when they are attacked by unknown forces. Although Derrida and Nathan manage to escape the attack, Derrida falls into a cold sleep machine and goes into cryostasis.

When he finally awakens, he finds that 10 years have passed since he went into cryostasis. Stepping out, Derrida finds the world to be consumed by war, and he again gets attacked by a group of out of control DZs. Although tempted to give up, Derrida fights his way out remembering Nathan’s dying words, and sets off to find Mage and ensure her safety. The show follows Derrida’s adventures and misadventures in this war-torn world.

Although RErideD: Derrida, who leaps through time has a limited number of characters, quite a few of them are important to the plot of the show. Below, we’ve provided you with brief backgrounds on each of the important characters in the show.

Derrida Yvain: The main protagonist of the show, Derrida is an engineer by profession and is the son of Jacques Yvain, the founder of the manufacturing company Rebuild. Apart from being the son of a rich industrialist, Derrida rises to fame through his contributions towards the DZ AI program, which promises to usher in a new era of human civilization. However, when Derrida and Nathan find a major flaw in the DZs and try to warn their boss, Andrei, their warnings fall on deaf ears. Subsequently, it comes to light that Andrei has his own nefarious agenda and wants to use the flaw in the robots to pursue the same. As a result, he tries getting Nathan and Derrida murdered, but Derrida manages to escape. However, he falls into a cold sleep machine and goes into cryostasis and sleeps for several years. When he wakes up 10 years later, he finds a world ravaged by war and sets out to find Mage and put and end to the war.

Vidaux Volker: An important character in the show, Vidaux is one of the two people Derrida encounters when he wakes up from cryosleep. A former police inspector, Vidaux is shown to be working as a contractor in the new, war-torn world. In many ways, Vidaux resembles a medieval knight – be it his mecha-like salvaged and custom-assembled armoured vehicle, his large stature, his just nature, or his knightly temperament.

Mayuka Volker: Mayuka is Vidaux’s teenage daughter and the second person Derrida encounters after he wakes up from cryosleep. Together with Vidaux, Mayuka helps get Derrida to safety and joins him in his quest to bring an end to the war.

Yuri Dietrich: Another important character in the show, Yuri is Mage’s old friend. When Yuri comes to know that Mage’s life is under threat, he helps Mage fake her own death and go into hiding. When Derrida awakens and sets off to find Mage, Yuri proves to be a major piece of the puzzle and helps Derrida find her.

Mage Bilstein: Another character of tremendous importance, Mage is the daughter of Derrida’s late colleague Nathan. She goes into hiding with the help of Yuri after the attack on Nathan and Derrida. In spite of her young age, she is shown to possess tremendous wisdom and a strong sense of purpose.